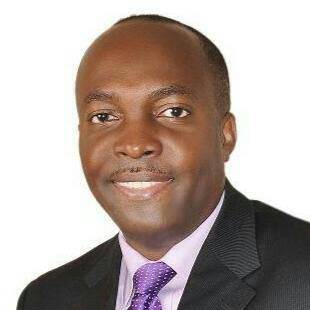 It has become Mr. Clement Ikpatt’s pastime to ceaselessly malign the character and reputation of Governor Udom Emmanuel through all manner of false and malicious publications. As he runs down Gov. Emmanuel, Mr. Ikpatt laboriously distorts facts to launder the image of his paymaster- former Gov. of Akwa Ibom State, Sen. Godswill Akpabio.
I will now address the infantile allegations of Mr. Ikpatt against Gov. Emmanuel.

This allegation is laughable. According to Mr. Ikpatt Akpabio virtually picked Udom from the gutter and SINGLE HANDEDLY made him Governor. Ikpatt further claims that ‘Akpabio has been betrayed, insulted and humiliated by his PRODIGAL WARD’. It is clear from the tone of language of Akpabio’s spokesperson that Gov. Udom Emmanuel was expected to be Akpabio’s servant, stooge and WARD. Udom Emmanuel as governor was expected to be loyal and accountable to Akpabio and his family and not to the people of Akwa Ibom State who elected him.

Gov. Udom Emmanuel has done the right thing by choosing to be loyal and accountable to the people of Akwa Ibom State and his God and not to a man called Akpabio who is delusional and still sees himself as the governor of the State 3 years after his tenure had ended on May 29, 2015. This explains why Akpabio has consistently disrespected and humiliated Gov. Emmanuel by attending public functions several hours after the governor.Recently he engaged the services of Clement Ikpatt who insulted Gov. Emmanuel by calling him Akpabio’s prodigal ward (read stooge and servant.

Ikpatt and Godswill Akpabio should stop insulting Gov. Udom Emmanuel and the good people of Akwa Ibom State. This State is not the personal property of Godswill Akpabio. This nonsense and insult that Akpabio is the master and that Udom Emmanuel a sitting governor is (in the words of Clement Ikpatt) “a PRODIGAL WARD” must stop forthwith. There were people who helped Akpabio to become governor, none of them called Akpabio his ward or servant. Akpabio was allowed to run the State without interference.

Udom Emmanuel is an accomplished professional who rose to the pinnacle of his banking career before the people elected him governor. The same cannot be said of Akpabio who still roamed the streets of Lagos for many years looking for his first job when Emmanuel was already an established professional. Akpabio was probably unemployable until Chief Emeka Onwuegbuzie gave him his first job in EMIS Telecoms in the late 1990s as a favor to late Christy Essien Igbokwe.

Thereafter former governor Victor Attah made Akpabio a commissioner in 2002. In 2007, there were people like Obong Ufot Ekaete, Umana Umana and John Akpanudoedehe who helped Akpabio to become Governor. Mr. Clement Ikpatt should not speak on the subject of betrayal until he studies how Akpabio humiliated all those who helped him in the past. It is a long list. I will only mention a few: Late Christy Essien Igbokwe, Chief Emeka Onwuegbuzie, late Dr. Ime Umana, Chief Don Etiebet, Obong Victor Attah, Chief Ufot Ekaete, Obong Umana Umana, John Akpanudoedehe etc.

I commend Gov. Emmanuel for not breaching his oath of office and deciding to be accountable only to the people of Akwa Ibom State. Gov. Emmanuel is only following the glorious and honorable path traversed by others before him like Chris Ngige, Sullivan Chime, Theodore Orji who as elected governors refused to be anybody’s stooge or “WARD”. A recent example is Gov. Willie Obiano.

2. THE ALLEGATION THAT GOV. EMMANUEL IS INCOMPETENT BECAUSE HE HAS ABANDONED AKPABIO’S PROJECTS.

This is another puerile and baseless allegation. So how did Akpabio as Governor demonstrate competence when he failed to complete 95 per cent of his major projects after receiving over N3 trillion or over $35 billion dollars in 8 years.

Akpabio started some of the uncompleted projects like the Tropicana Hotels, the Tropicana Convention Center, Theme Park, Etebi- Ewang Road in 2007 but left them uncompleted when he left office in 2015 despite the huge resources that accrued to the State. Pray where was Clement Ikpatt when Dr. Ngozi Iweala former Finance Minister berated Akpabio for his penchant to share Akwa Ibom’s money to all manner of persons?

Were was Clement Ikpatt when Dr. Iweala emphatically stated unchallenged that Akpabio did not deploy up to 30 percent of the revenues received to the development of the State. With all the uncompleted projects Akpabio left behind has Dr. Iweala not been vindicated?Were was Clement Ikpatt when Akpabio called himself an uncommon transformer and bombarded Nigerians with propaganda messages on AIT Television and other networks claiming that these same uncompleted projects were completed by him?

Clement Ikpatt should ask Akpabio why he didn’t use the funds diverted to complete these uncompleted projects. I urge Udom Emmanuel not to allow himself to be blackmailed by Akpabio and his cohorts into putting additional public funds into projects that were clearly conduits for the diversion and stealing of public funds. Questions must first be asked and answers on the status of these projects provided by Akpabio.

Udom Emmanuel cannot be made the scapegoat for Akpabio’s incompetence and corruption. It is ironical that today Akpabio and Clement Ikpatt could have the effrontery despite the very messy situation of unprecedented financial improprieties linked to these projects to brazenly accuse Gov. Emmanuel of incompetence when Akpabio should be made to provide answers as to why funds were diverted and why uncompleted projects were listed as completed.?

Clement Ikpatt must understand that despite his diatribe Governor Udom Emmanuel is not and will never be Akpabio’s stooge, servant or ward. Emmanuel is the sitting executive governor of Akwa Ibom State who should protect the public interest at all times no matter whose ox is gored. He must remain accountable to the people of Akwa Ibom State and to the Almighty God.

The personal and self -serving
grievances of Akpabio who in his delusion sees himself as a master and regards and treats a sitting governor as his ward or servant must be ignored.