Granting the amnesty, Governor Emmanuel who was represented by the Attorney General And Commissioner for Justice Barr. Uwemedimo Nwoko, said that the pardon is premised on the recommendation of the state Advisory Committee on Prerogative of Mercy. 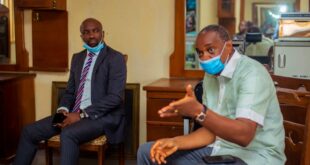