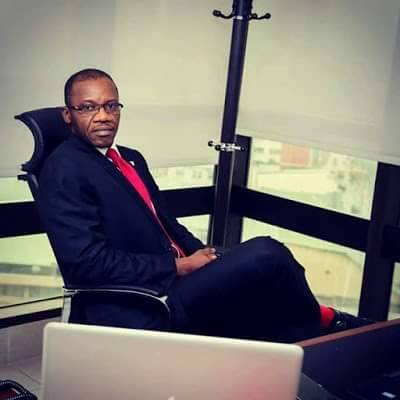 Akwa Ibom State is scoring high in all sectors of the economy especially with regards to Foreign Direct Investment, FDI, because Governor Udom Emmanuel is a unique brand of tested and trusted integrity and Credibility.

These sterling qualities of the Governor which had accumulated over the years while in the corporate world, coupled with his wide exposure and wealth of experience as an accountable and transparent leader has been the door opener to foreigners and expatriates who have willingly come to invest their huge foreign exchange towards the Idevelopment of the state for the benefit of the people.

The Commissioner of Information and Strategy, Charles Udoh made this known while speaking at different platforms in Uyo, particularly, ”Ministry Watch” and “Umbrella Business Quest” on Comfort Radio 95.1 FM, shortly before his departure for an official engagement outside the state.

Charles Udoh reiterated that, for foreigners to decide to invest hard currency in Akwa Ibom State based on known scenario of how Nigeria is rated outside by foreigners, then this speaks volume of the high rating Governor Udom Emmanuel has garnered for himself and the State in general.

He said the Governor whose vision for the people is encapsulated in his Five-Point Agenda is vigorously pursuing the development of the state from three cardinal sectors which include; industrialization, agriculture and tourism.

The Information Boss said, on industrialization, the Governor decided on companies with high advantage and numerous value chain opportunities such as the Syringe and the Electric digital metering manufacturing company, among others, which have received national and international commendation and acclaim as they are set-up and operated under strict compliance with international best practices bench mark.

He said the Syringe Factory for instance is one company with very great Value as the product is in high demand as Nigeria consumes over 6 Billion syringes annually which gulps over N30 Billion adding that this amounted to huge capital flight as the syringes were all imported from South Africa.

Udoh said another worthy point to note is that, Governor Emmanuel does not bring business into the state as a parastatal of government which dies at the end of the tenure of the administration but allows businesses to thrive with internationally best practices while the government provides the enabling environment in terms of land, conducive environment, security and necessary facilities like good roads leading to the project sites, water and electricity etc.
He said with the Governor’s commitment to sustainable development for the people he had to think outside the box, to ensure that all projects executed by the present government out-live his administration, stressing that, the reason behind dead and moribund companies scattering around Nigeria is because they were run as extended arm of government.

The Information Boss said, the landmark achievements of Governor Udom Emmanuel within the past 30 months have been acknowledged even by the Federal Government not only with the Awards presented to the Governor right inside the banquet hall of Aso Villa but with the mid-term report of President Muhammadu Buhari, being completely filled with the landmark strides of Governor Emmanuel in Akwa Ibom State.

‘Over 30 pages of the publication of the mid-term report of President Buhari were dedicated to achievements of Governor Udom Emmanuel. The strides recorded in Akwa Ibom State were far above what all other states had in that report. Some states got only a page or two. This is clear confirmation that, Governor Udom Emmanuel is doing well and is indeed a unique and tested brand”, Udoh emphasized.