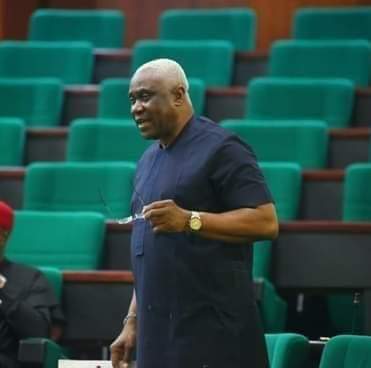 Warns against laying off a Higher number of indigenous employees during this pandemic retrenchment.

The Member Representing Eket/ Esit Eket/ ONNA/Ibeno Federal Constituency in the House of representatives has expressed dissatisfaction over ExxonMobil’s approach to issues bothering the core oil-producing communities, nay the state at large.

Ifon, while reacting to the 100bags of rice and noodles palliative, donated by the multinational to the 4 local government of Eket/ Esit Eket/ ONNA/ Ibeno, which has brought dissenting voices on social media, stated that ExxonMobil is fully exploiting the people of the area with no plans of bettering their lives and bringing development to the area.

The member wondered why ExxonMobil, the biggest energy company in the world, will spend $250,000 for just Houston in the USA, for palliatives to cushion the effects of the Covid-19 pandemic, and spend a paltry $50,000 for the same palliatives in Akwa Ibom State, where they exploit the most of gas and oil.

“ExxonMobil’s action of spending $250,000 for Houston and $50,000 in Akwa Ibom for palliatives is the continuation of disrespect to our people who they have continuously held in contempt”

He narrated that It is the same template of deceit with which Exxonmobil, had lied to Akwa Ibom State Government and people of investing N13b, which would include the Technical Skills Acquisition facility at the Technical College, Mkpat Enin Local Government Area, a Trauma Centre at the University of Uyo Teaching Hospital, and an Engineering Faculty Complex at the University of Uyo. Noting that Monday, 11th, May 2020 would be exactly three years when they in great fanfare deceived the Executive Governor of the State to a groundbreaking ceremony, knowing fully well they had no intention to fulfil their promise as usual.

The Member of Parliament stated further that NAPIMS had requested IOCs to construct and equip 300 bed Isolation Centres in their States of operation. While NAOC had a ground breaking event on Monday 5th May 2020, but regrettably, Exxonmobil intends to hoodwink the state to agreeing that atop the “proposed” Trauma Centre, they build a 30 bed Isolation Centre. What impudence!

Ifon believes that Exxonmobil has taken for granted the peace they enjoy in the course of operations here to the extent of laying off their staff, majority of whom are his constituents, leaving untouched people of other ethnic extractions, at this critical time of global economic problems.

” I am not unmindful that they have a right to take business decisions, but where my people are the major victims of such action, it calls to question their intent. What is the percentage ratio of our people sacked or disengaged to those of other ethnic regions? Would they do this in areas that reciprocate their provocation with violence?” He added.

Stressing further, the MOR said It is for the above reasons, and much more, that ExxonMobil has refused to dialogue with the Communities to fashion a workable Memorandum of Understanding, where all parties will appreciate shared areas of responsibilities/ respect and penalties for irresponsibility as exhibited by ExxonMobil.

He however called on the State Government to distance itself from any tokenism from Exxonmobil now until they learn to respect agreements, keep promises and show respect to the Communities where they explore and exploit in very tangible and transparent ways.

He promised to work with his colleagues and relevant House Committees to ensure that there is a speedy collaboration with all stake holders and Exxonmobil to fashion a Memorandum of Understanding that will guide, going forward, the relationship between Exxonmobil and the community and stop this IMPUNITY AND SELFISHNESS. 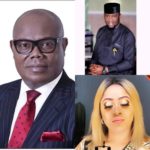