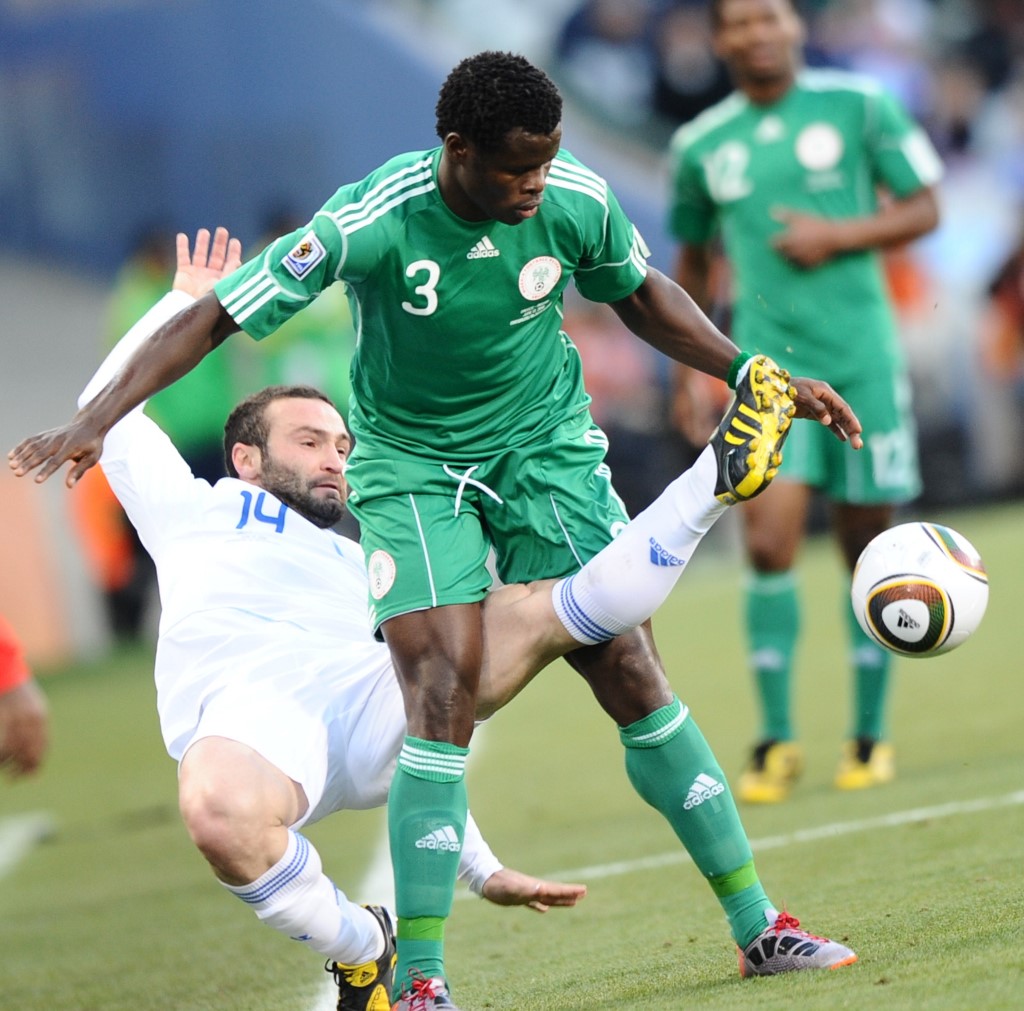 The last has not been heard about the recent allegations about bribery in the Nigerian national football team made by former Super Eagles forward Chinedu Obasi. Obasi claimed that he was asked to pay a bribe in order to be included in the 2014 FIFA World Cup squad which he refused.

Now former fullback Taye Taiwo has blamed former Nigeria national team coach, the late Stephen Keshi for his abrupt exit from the national team because of his dirty dealings.

The former Lobi Stars, Olympique Marseille and AC Milan defender played just once under late Keshi, an Africa Cup of Nations qualifying match against Rwanda in February 2012, which was also the last of his 59 caps for Nigeria.

Taiwo made his Nigeria debut in 2004 and went on to play at the three Africa Cup of Nations tournaments as well as the 2010 FIFA World Cup in South Africa during his eight-year international career, in which he scored five goals.

He claimed he ended his career with the three-time African champions because he did not want to be associated with shady deals under Keshi, who guided the West African nation to their last Africa Cup of Nations title in 2013 and also led them to the 2014 FIFA World Cup in Brazil.

“I am someone who doesn’t want dirty glory and in my life, I have never been involved in what is not clean and that was why I packed my bags and left the Super Eagles,” Taiwo was quoted by in a recent interview.

”I cannot work or stay where I see that is dirty because I am serving a clean God, and if I am in an area that is not clean, I will have to leave the place.

”When they appointed Stephen Keshi as coach, he was acting somehow in which I told myself that it was time for me to leave the Super Eagles.

”I packed my bags and I told my wife and family that I cannot be involved in dirty deals.”

Taiwo’s statement comes in the wake of the latest controversy in the Super Eagles after former Schalke 04 star Chinedu Obasi revealed he was dropped from Keshi’s team for the 2014 World Cup because he refused to pay a bribe.

“Why wait until now? It doesn’t make sense to bring such an issue when the head is no longer alive to respond to you?”

On his part, Houdonou claimed Obasi did not deserve a place in the squad given the quality of players.

“The question is, who could he have replaced among the strikers then?” Houdonou said.

“He was invited like every other potential player that could make the World Cup then because the coaching crew wanted to take the best to Brazil then.

“He failed to make the list because he could not displace anyone in the team.”