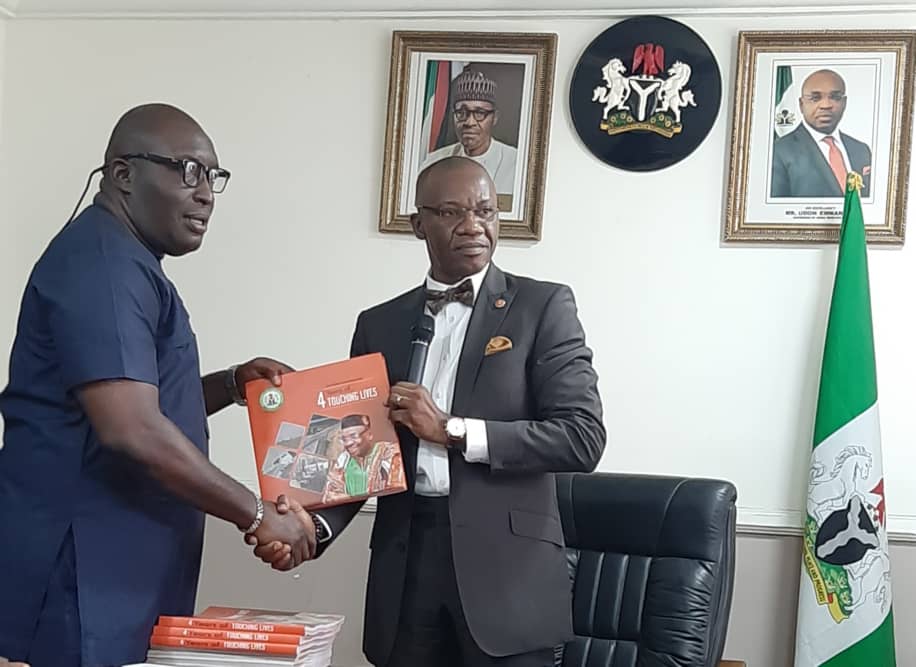 Akwa Ibom State Commissioner of Information, Sir Charles Udoh has implored the new leadership of the State Council of Nigeria Union of Journalists, NUJ, to see the union as a dependable partner in marketing the landmark strides of Governor Udom Emmanuel to the larger world.

Sir Charles Udoh gave the charge early today during a courtesy call on him by the newly elected State EXCO of NUJ led by the Chairman, Comrade Amos Etuk in the boardroom of the Ministry.

The State Information Boss said, as indigenes of the state, members of the Union, owe the state a duty to report on the potentials of the state towards attracting investors into the development processes of government for the people rather than engage in smear campaigns that will only de-market the state and place Akwa Ibom at a disadvantage in the eyes of the public.

Udoh urged the new NUJ executive to do all to sanitize the Union and restore integrity in the organisation for the interest of members who may be eyeing Lucrative positions in companies and industries dotting the landscape of the state as well as those coming on stream in the nearest future like the Ibom Deep Sea Port and even the trending Ibomair.

He decried the pull-down-syndrome in practice by some unscrupulous members of the Union and indeed Akwa Ibom society and solicited for a renewed spirit of unity and support for Governor Udom Emmanuel to enable him to actualize its Eight-Point second term Completion Agenda.

Speaking the newly elected chairman of the State NUJ, Comrade Amos Etuk said, the new EXCO came to pay homage to the Information Commissioner for the support towards the success of the peaceful elections.

He said the Union will partner with Ministry of Information and indeed the state government for a mutually beneficial relationship towards the welfare of journalists in the state and the overall development of the State.