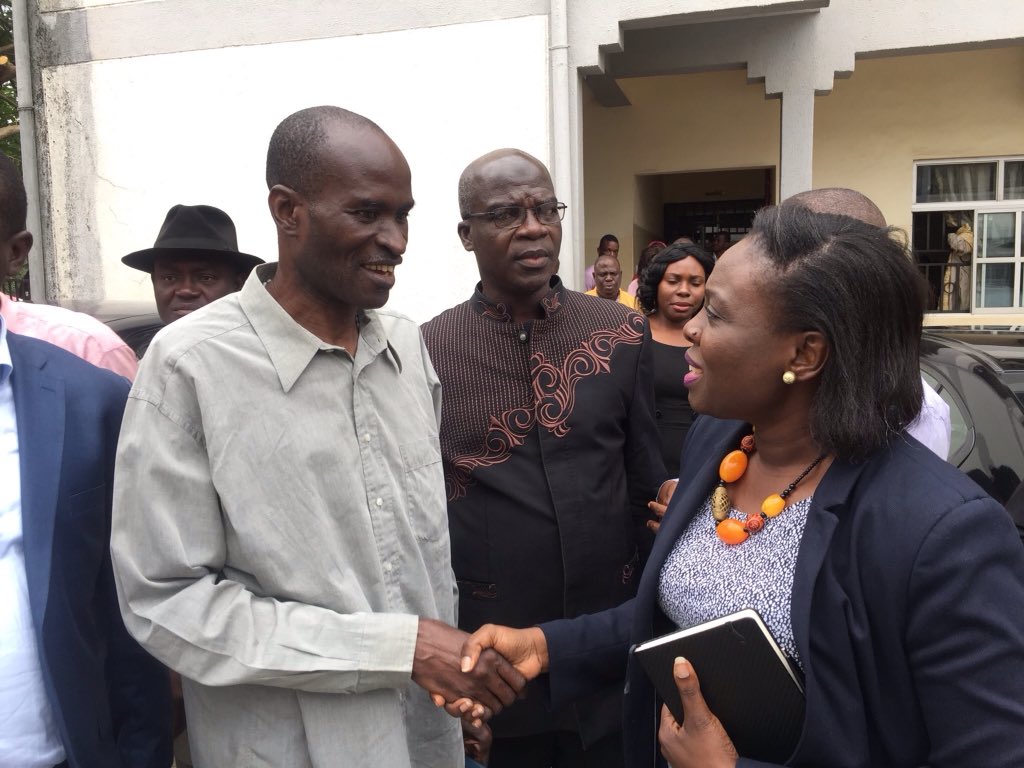 Details have emerged why the Nigeria police arrested Premium Times journalist, Samuel Ogundipe. Samuel revealed that he was accused of stealing secret documents.

Ibrahim Idris, Inspector-General of Police, reportedly ordered his arrest over a story on Lawal Daura, sacked Director-General of the Department of State Services (DSS).

The police had reportedly asked Ogundipe to disclose how he obtained the letter IGP wrote to the Acting President Yemi Osinbajo on Daura but the journalist declined in line with the ethics of the profession.

According to Premium Times, the journalist was secretly arraigned before a magistrate court in Kubwa, Abuja, on Wednesday, without being granted access to his lawyers.

He was reportedly charged with criminal trespass and theft of police document.

The newspaper said though Ogundipe’s lawyer was allowed access to him at the facility of the Special Anti-robbery Squad (SARS) in Abuja on Wednesday morning, the lawyer was asked to leave only for him (Ogundipe) to be later taken to court “without prior notice”.

He was quoted as saying: “They brought me to a magistrate court in Kubwa where they arraigned me. The magistrate said they should detain me for five days.

“They accused me of criminal trespass. They said I stole secret documents. The magistrate does not know the details, because they did not include in the charge that I am a journalist. I was not allowed to contact my lawyers.

“They also did not allow me to call anyone until the magistrate ordered them to let me make one call. I am currently using the registrar’s phone to make this call and they are collecting it.”
Author: