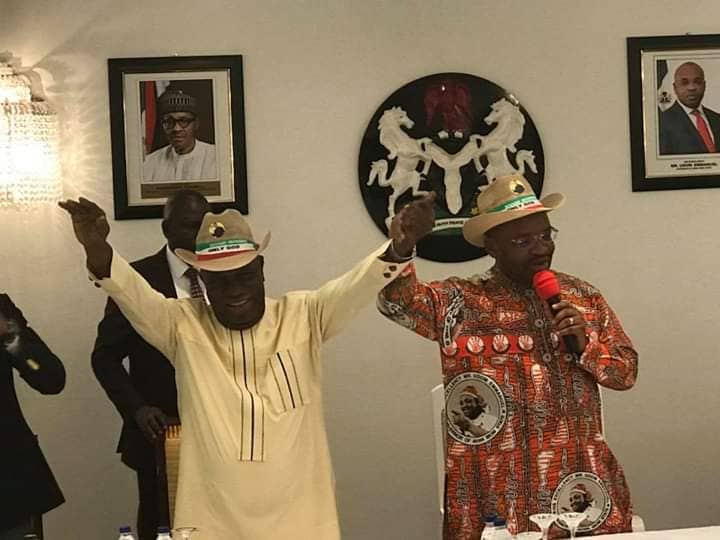 Governor Udom Emmanuel has announced his deputy, Mr Moses Ekpo as his running mate for the 2019 governorship elections in Akwa Ibom State.
The Governor who presented him before the State Caucus of the Peoples Democratic Party, PDP in Government House, Uyo, said his deputy has shown resilience and capacity in the discharge of his duties.

The Governor, spotting his trademark Dakkada outfit, described Mr Ekpo in glowing terms as one whose deep commitment to the Akwa Ibom project, has assisted in the spate of development in the state since 2015.
He added that it was important to keep a winning team and vowed to remain focused in consolidating on his achievements in office.

In his remarks, Mr Moses Ekpo said he accepted the nomination as a responsibility to commit more to service for the people.
I accept this nomination as a responsibility, not for Moses Ekpo, but of service for Akwa Ibom people in interpreting the vision and dreams of Governor Udom Emmanuel for our people.
Speaking at the occasion, the state chairman of PDP spoke glowingly about the deputy governor, describing him as a major stabilizer in the administration.