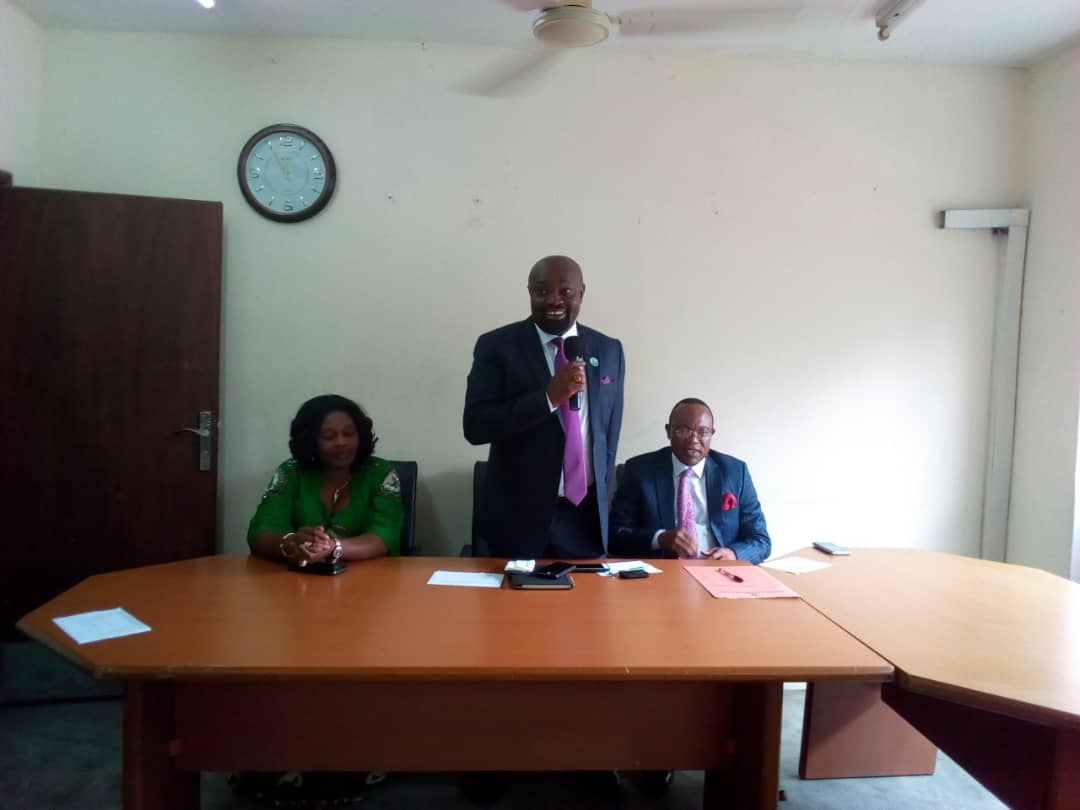 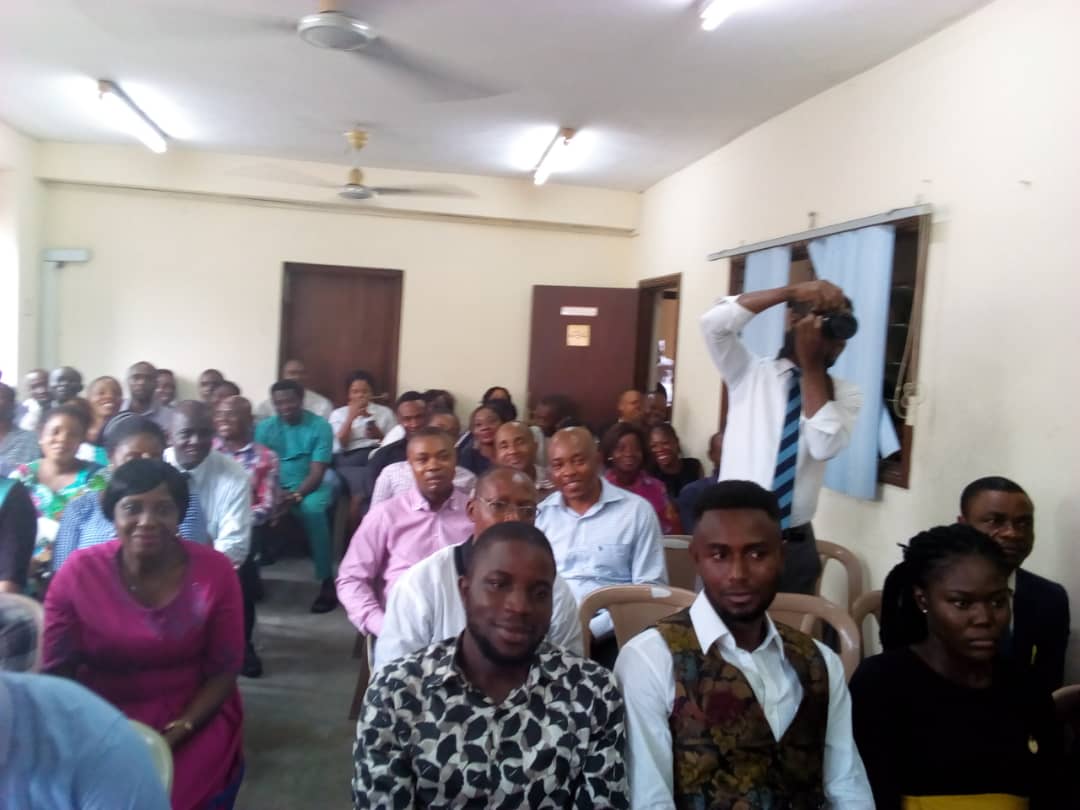 The Commissioner for Investment, Commerce and Industry, Hon. Prince Ukpong Akpabio has charged staff of the ministry to brace up to the task ahead by redoubling effort in the discharge of their duties for the overall success of the ongoing industrialization agenda of Governor Udom Emmanuel.

He reminded that industrialization is the main vision of the current administration, saying the task before him and the staff is to interpret the Governor’s vision into reality.

Addressing the staff, Tuesday at the at Conference Room of the ministry during his maiden meeting, the Commissioner urged them to extend same cooperation enjoyed by his predecessors to him, and announced that he would be adopting teamwork approach in his engagement with the staff in a bid to achieve set goals and objectives.
Akpabio who described staff of the ministry as a family, promised to hold regular interaction with staff to articulate issues that would promote the attainment of the ministry’s goals and mission, as well as workers welfare.

“This is my brand new family. All that iam asking from you is that cooperation to enable us succeed. The main vision of this government is industrialization. We as a ministry are expected to help the governor drive that investment and industrialization vision. I need your support and cooperation to enable me succeed in this regard. It is important that we work together as a team and get our tasks done”.

” I don’t believe in impossibilities. Iam a result oriented person. When I arrived here, I met with your Permanent Secretary and Directors and I have been fully briefed. I know the challenges facing the ministry. We will work as a team to solve it”.

Earlier, while performing her formal handing over, the Commissioner for Women Affairs and Social Welfare, Mrs. Glory Edet, who supervised the Ministry, thanked Governor Udom Emmanuel for appointing a capable and competent hand in the person of Prince Ukpong Akpabio to oversee the Ministry, and expressed confidence in his ability to discharge his duties effectively. Congratulating the Commissioner, Mrs.Edet who is the Dean of Commissioners in the State executive council, described Prince Akpabio as a very hard working person who has played a part in successive administrations in the state. She enjoined the ministry’s staff to extend same cooperation and even more to the new Commissioner to enable him succeed.

“Prince Ukpong Akpabio has been a very hard working person. There is no government in this state that he has not played a part. He is ready to work with you. Cooperate with him”.

Welcoming the Commissioner formally to the Ministry, the Permanent Secretary, Mr. Oliver Udoukpo, who thanked Governor Udom Emmanuel for posting him to the Ministry of Investment, Commerce and Industry, assured of him of the cooperation of management and staff of the ministry.

The meeting featured interactive session between the Commissioner and staff of the ministry, who took turns to intimate him of some of the challenges facing they were facing in the course of discharging their duties.

In attendance at the meeting were, the Permanent Secretary, Directors, staff and corp members posted to the Ministry and aides of the Commissioner.