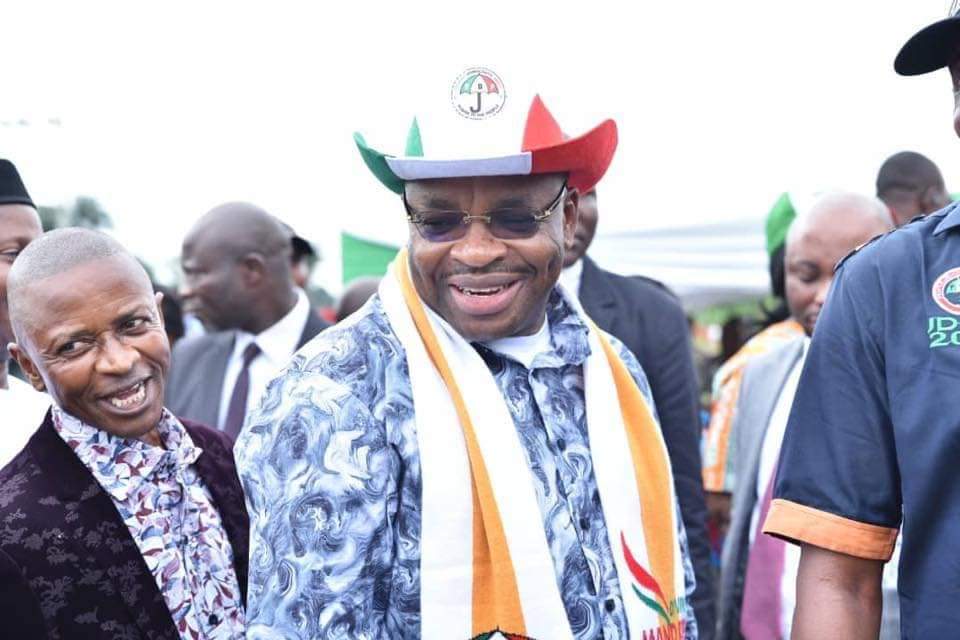 Reacting to a statement by the Special Assistant on Communication to the APC Governorship candidate, Utibe Ukim, and several other misinterpretation of his resignation by APC media hirelings, the former Media aide to Governor Udom Emmanuel in a swift reaction stated that his respect and support for Governor Udom Emmanuel and his administration cannot be reversed.

He cautioned against unnecessary politicisation of his resignation, explaining that his decision to resign as the Governor’s aide was a personal decision.

The statement titled, “THE EMBARRASSING INTERPRETATION OF MY RESIGNATION” reads in part,

“I wish to to state that the unnecessary politicisation of my resignation on the social media does not enjoy my support neither did it emanate from me as I was not appointed via the social media.

“My resignation which was done about two weeks ago followed the line of utmost responsibility and respecfor the UDOM EMMANUEL ADMINISTRATION which graciously appointed me.

“There is a report making the rounds with insinuations that I may have resigned to bring GOVERNMENT into disrepute and perhaps score political capital.

“I wish to dissociate myself from such persuasion and restate that I have utmost respect for Governor Udom Emmanuel and his ADMINISTRATION.

“My resignation which had no intention for any kind of publicity was duly submitted to the appropriate organ of GOVERNMENT with no copy forwarded to anybody or published any way by my humble self.

“The approach was to reciprocate government’s goodwill which came in the magnanimity of that APPOINTMENT.

Contrary to Nsima Ekere’s statement that Joe Iniodu resigned because he was asked to launch media attacks against Senator Akpabio, Mr Iniodu said, “The views currently being populated that I said that I was under directive to write things to discredit Distinguished Senator Godswill Akpabio is therefore false and unfounded.

“At no point was i given such instruction.

Joe further said that, “It is my conviction that as the season of politics draws closer, it would be difficult for me to perform my role without injuring the sensibilities of people I hold in high esteem as well as meet certain expectations.

In order to avert this moral dilemma, I decided to opt out and watch events from the sideline but with the intent to to be free to make free and unfettered but responsible contributions.

“But let me state that my respect and support for Governor Udom Emmanuel remain inviolable”.

Nsima Ekere’s aide had while reacting to stories on the alleged arrest of his principal by officials of EFCC, claimed that one of Udom’s Media aide, Joe Iniodu who resigned recently from office has joined the APC to thrown support for Nsima Ekere.

Ukim in his statement said “Just this evening, “Joe Iniodu, a special assistant, resigned and decamped to the APC”.

Describing the interpretation of his resignation as embarrassing, Mr. Iniodu disassociated himself from the news being bandied around the social media space.