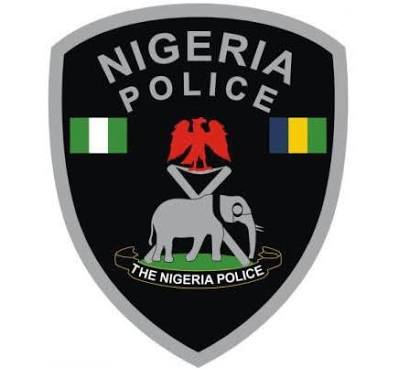 Warmest greetings to you sir. I write as a concerned Akwaibomite who is concerned over the rise of false insecurity alarm peddled by the APC in Akwa Ibom State.

Sir, permit me to bring to your notice that since the inception of the Government of Mr Udom Emmanuel, Akwa Ibom State has recorded so much peace and security of lives and properties of her citizen which is evidenced by the influx of foreign investors into the state.

However, I have noticed with so much dispair the moves by the APC in the state to truncate this peace by introducing violence threats, killing and maiming her members and now raising false insecurity alarm over the lives of her members.

Sir, very recently when Mr Nsima Ekere was received by the APC in Ikot Ekpene, shockingly he was presented with life ammunitions as souvenir during the rally; in full glare of national television. The Presenter stated clearly “We are giving you these ammunitions to guard yourself and also attack and destroy anybody who stands on your way to becoming the next Governor of Akwa Ibom State”.

Sir, this was followed by proclaimation of invasion of war by the immediate past governor of the state Senator Godswill Akpabio who recently moved to the APC. Senator Akpabio openly said that “2019 elections in Akwa Ibom State will be likened with the invasion of Adulf Hitler in Poland where WARSAW SAW WAR AND WAR SAW WARSAW”. Akpabio has made this proclaimation in different fora and should not be ignored.

Immediately after one those proclaimation of WARSAW by Senator Akpabio which met a strong public condemnation, Senator Akpabio raised a false alarm one night that his house in Ukana was attacked by unknown Gunmen. The Police after investigation revealed in a statement that there was no attack on Akpabio’s residence, but rather there was an armed robbery attack at a filling station located kilometers away from the senator’s house.

It is also important to bring to your notice that one of the Gubernatorial Aspirant of the APC, Senator John James Akpan Udoedeghe on a live radio interview had stated that the Government of Mr Udom Emmanuel has been so peaceful, that those who kill and destroy people in Akwa Ibom State are now in APC.

Shortly after these, Akwa Ibomites woke up one morning to see billboards of His Excellency Mr Udom Emmanuel being destroyed by suspected loyalists of the APC in Akwa Ibom State who after realizing that the populace frowned at them, immediately destroyed some of Nsima Ekere’s billboard just to paint a picture that the PDP also destroyed theirs.

Sir, during the APC Gubernatorial Primaries in the state, two Akwa Ibom Sons were killed, the Police vehicles attached to maintain security during the pimaries were vandalized, and there was also a fight between Senator Ita Enang and Senator Udoedeghe where Udoedehe’s finger was bitten by Enang while he was colored with slaps by Udoedeghe in defense.

After very peaceful Mr Udom Emmanuel received repented militants who used to terrorize Ukanafun, Etim Ekpo, Ika and environs, Mr Nsima Ekere raised an alarm that his house was attacked by assassins and bullets fired into his bedroom. The entire Akwaibomites waited for evidence of such attack with pictures of the cracked glass window, bullet pellets, and an official statement from the Nigerian Police stating that such happened, and till now, it’s not there.

Sir, just last week, the BOT Chairman of the APC Otuekong Don Etiebiet raised another false alarm claiming that Barrister Mfon Udeme who recently resigned his position as an aide to the Governor for fear of being exposed by Government for his alledged involvement in some dubious dealings, was attacked by assassins sent by Government agents in his residence. But the Police disclaimed this falsehood and stated that it was an armed robbery attack on the Barrister which had happened before to him sometimes last year when he was still working with the Governor.

The IGP Sir, with this background, it is certain that the APC in the state are so desperate to clinch power come 2019, and are therefore throwing these unnecessary attempts to paint the very peaceful Government of Mr Udom Emmanuel in bad light and create a scenario of insecurity in the state which only occurred during the tenure of Senator Akpabio as Govenor between 2007 to 2015.

I however with due respect call on you to do a thorough investigation on the raised issues and deal with the culprits as it is a punishable offense in the law to raise false alarm especially when it has to do with security of lives and properties.

Akwa Ibom State is very peaceful, but these agents of war are determined to reintroduced their antics of intimidation, false insecurity alarm and violence just to create tension and heat up the polity which will not ogor well if not nipped in the bud.

Thank you sir and God bless.