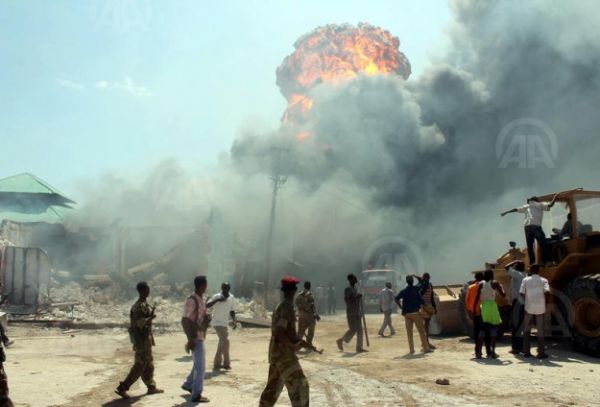 •Scene of a bomb blast scene

He added that 56 others sustained various degree of injuries.

He said the first bomb attack occurred inside a mosque while the second was detonated at a second hand clothing market about 200 metres from the scene of the first blast.

Police authorises have since deployed anti bomb squad to the area while victims of the attack have been evacuated to Mubi General Hospital.

Jibrilla, who was represented by his media aide, Macaulay Hunohashi, said the state commissioner of health has been directed to move to the local government to assist the surviving victims of the attack.

He appealed to the residents of the area not to be deterred by the unfortunate incidence but to report unknown individuals to the authorities.

It could be recalled that in November last year there was a bomb blast in Arhankulu area of Mubi where several were killed. (Channels TV)