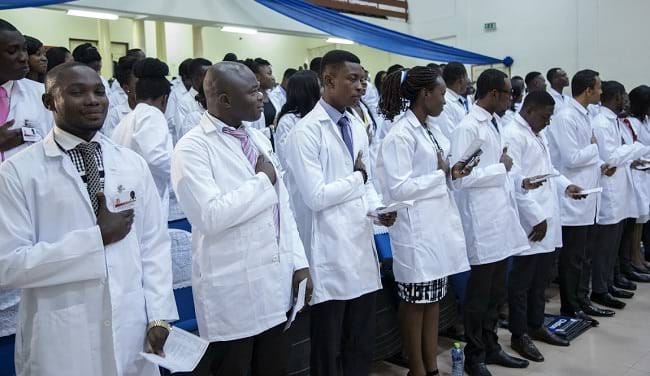 Only the other week, there was wild jubilation across Nigeria after Anthony Oluwafemi Olaseni Joshua, more popular as “Anthony Joshua”, regained his WBA, IBF, WBO and IBO belts following his victory over Andy Ruiz Jr. last weekend in Saudi Arabia.

It is on record that, this same Joshua, a British citizen with Nigerian ancestry, was rejected by Nigeria Boxing officials when he opted to represent the country during the 2008 Olympic Games. That rejection spurred the young man to become a British Olympic Gold medallist only four years later, and today, a World Boxing Champion.

It has been on-going for decades now in a virtually every sector, and today, many Nigeria are exceling in foreign lands due to worrisome trend of brain drain that is contributing to the underdevelopment of the country. This brain drain arises from the lack of lucrative employment at home or offer of better opportunities abroad to highly-skilled workers.

And so some of the best brains consistently take flight from the land of the green-and-white flag to foreign lands in search of greener pastures, quite literarily, in a various areas of human endeavour. This trend has been worryingly very pronounced in the health sector as health professionals including medical practitioners and even medical school graduates in Nigeria today all have their eyes on a better working conditions and pay abroad.

Every year, hundreds of Nigerian doctors save up just to register to sit the Professional Linguistic Assessments Board (PLAB) exams, in order to get work placements abroad. According to some estimates, at least 2,000 medical doctors have left Nigeria over the past few years – and one cannot blame them! Reasons for this migration include better facilities and work environment, higher salaries, career progression as well as an improved quality of life.

Nigeria’s polling agency, NOI Polls, in partnership with Nigerian Health Watch in 2017, found that most doctors seek work abroad. This survey indicated that the trend of doctors migrating to other countries is at an all-time high, with about 88% of doctors considering work opportunities abroad; and the percentage continues to rise with continued systemic challenges.

Former health minister, Isaac Folorunso Adewole, had noted that with Nigeria’s estimated population put at over 180 million, there is one doctor per 5,000 people in Nigeria, in stark deviance from the World Health Organization’s recommendation of one per 600 people. This leaves a larger population of Nigerians bereft of adequate, if any healthcare.

The cause of this ugly trend is not far-fetched. The sorry state of the country’s health sector is epitomized by insufficient government support to a sector is crucial to human existence as this. In 2019, only 3.6% of Nigeria’s budget was allocated to the health sector. Effectively, government often ends up in conflict with the Nigerian Medical Association, over unfavourable working conditions due to failure to honour agreements.

These lead to frequent industrial actions by health workers which leave the ailing, poor populace to suffer and die unattended to, in the public hospitals. And why not, when the wealthy upper-class and politicians can afford to travel overseas for healthcare? Even the country’s septuagenarian president frequently seeks medical care abroad. And the state of Nigeria’s healthcare system continues to rot away.

And because in situations such as this, it is the common man who suffers the most, it became imperative for Hon. Emmanuel Ukpong-udo, a member of the House of Representatives to call for action to be taken. In a motion he recently sponsored on the floor of the Green Chambers, the humane lawmaker representing Ikono/Ini Federal Constituency, lamented the plight of the masses as a consequent of insufficient medical personnel. He stressed the need to thoroughly investigate the major and underlying causes of brain drain in the very important health sector, with a view to curtailing the proliferation of this menace.