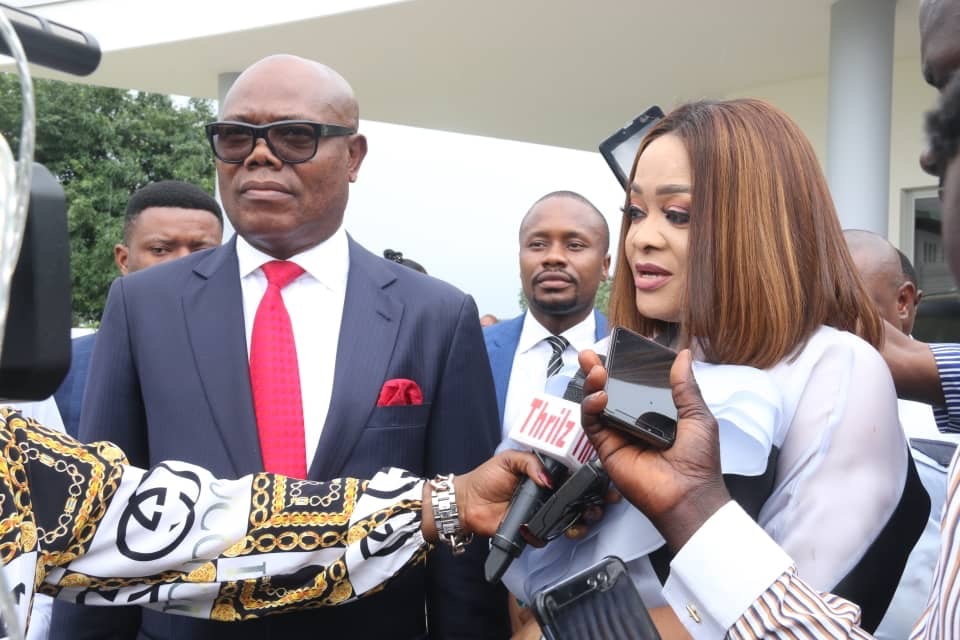 The newly appointed Commissioner for Economic Development and Ibom Deep Seaport, Mr. Akan Okon has lauded his Boss, Governor Udom Emmanuel for finding him worthy of a new assignment. The seasoned banker who previously headed the Ministry of Special Duties and Aviation development has now been saddled with the task of ensuring the long awaited Ibom Deep Seaport project is actualised.

Akan Okon who was instrumental in the emergence and success story of Ibom Air expressed his gratitude to the Governor for the confidence reposed in him and promised to deliver maximally on the new assignment.

Subsequent upon his swearing in as Commissioner, a reception was held at Mbiatok Itam in honour of the New Economic Development and Ibom Deep Seaport Boss. In his speech, Mr. Okon thanked God for making the day a reality and Itu people for honouring him with their presence despite the heavy downpour. He described the Governor as a God sent leader who had proven himself as the best choice for the State and thanked him for the reappointment.

He prayed God to grant him grace to complete the good works he started while assuring the people of his continued commitment towards their welfare and wellbeing as their representative in the State Executive Council.

Several congratulatory and goodwill messages poured in from well meaning indigenes of Itu LGA which included the Paramount Ruler of Itu LGA, the Council Chairman, Barr. Etetim Onuk and a host of others.