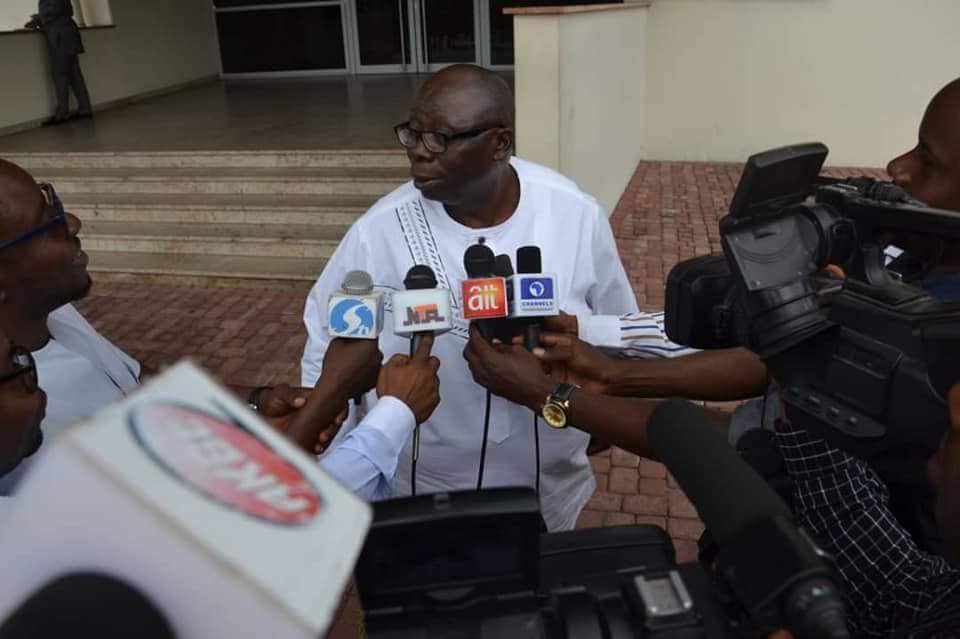 Senator Godswill Akpabio’s kinsman and former Deputy Governor, Dr Chris Ekpenyong has described the defection of the former Senate Minority Leader as his personal responsibility which does not have the backing of Ikot Ekpene Senatorial District stakeholders.

Dr Ekpenyong who spoke when PDP stakeholders paid a solidarity visit to Governor Udom Emmanuel in Government House, said the party would be stronger even in the absence of Akpabio, since he never consulted his people before taking the decision to defect.

“Supposing he goes into a ship and he is the captain and he has not many passengers, what happens?

The party(PDP) is very strong, waxing very strong. It will be stronger than what it was with his(Senator Akpabio) presence, probably if he is actually leaving the boat.

“What it implies is, Governor Emmanuel will move on to accomplish his stay till 2023 that we shall hand over to Uyo Senatorial District,” the influential former Deputy Governor boasted.

Speaking during the visit, PDP State Chairman, Paul Ekpo said the party has been entrenched as a religion in the state and will keep its structures firmly for the Governor’s success in the general elections.

“PDP had brought all the developments we are having in the state, and we are telling Nigerians that Akwa Ibom is PDP,” Mr Ekpo roared.

He said the firm grip of the party from the 2015 elections to last December’s local government election’s shows that the state is PDP, adding that, no situation can make the party fret given its overwhelming strength.

Responding, Governor Emmanuel appreciated the stakeholders on the visit, saying it was a proof that the reports all over the social media was a storm in the teacup.

He said the foundation of politics in Akwa Ibom, rooted in PDP has not been shakened by the report, and thanked the stakeholders for their unwavering commitment to the course of the people.