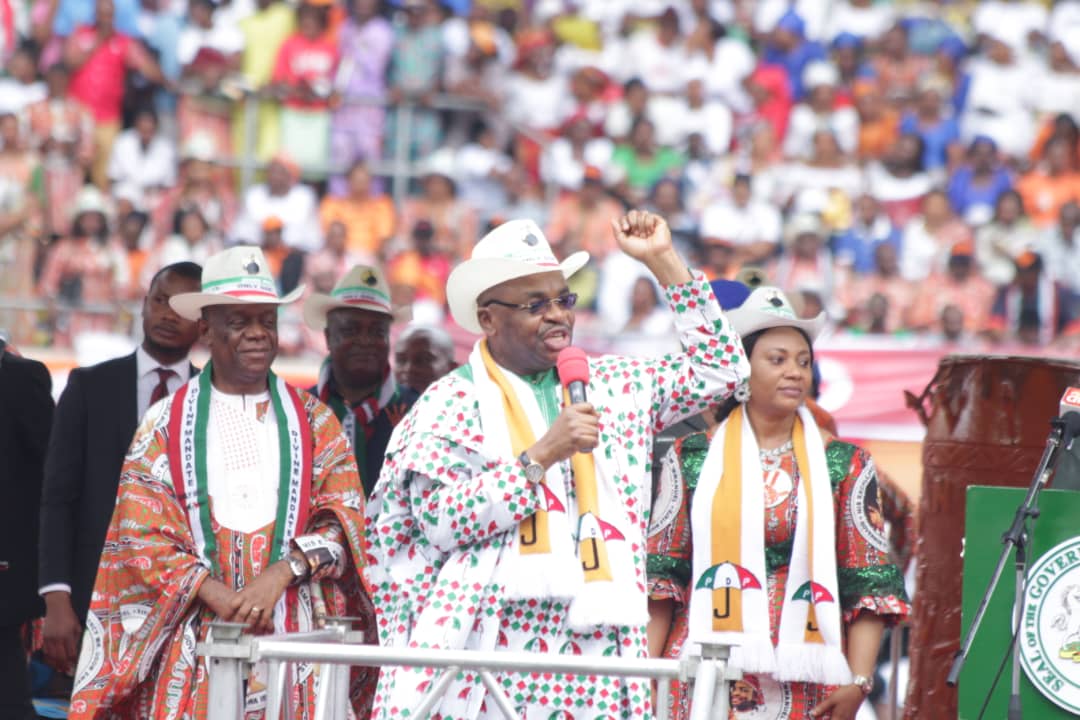 Governor Udom Emmanuel of Akwa Ibom state has said that his predecessor, Senator Godswill Akpabio is not God so cannot stop his second term aspiration.

Emmanuel, who said this on Friday during his declaration for second term at the Godswill Akpabio International Stadium, Uyo dismissed Akpabio’s declaration of war on the state as unrealistic.

He said the senator’s analogy of using Hitler-styled invasion of Poland during the World war to depict how the All Progressives Congress (APC) intends to capture Akwa Ibom State would be grossly resisted by the people.

“No man is God”, he stressed, adding, “I submit myself for consideration to continue with the good works that I have done and I seek your support for my candidature as governor for second term”.

He assured that the migration of his former boss, Senator Akpabio, into the ruling APC, at the centre, would not stop his re-election, saying he would work with the people to continue with his superior performance during his second term.

“No man is God”, he stressed, adding: “I submit myself for consideration to continue with the good works that I have done and I seek your support for my candidature as governor for second term”.

The governor said he was banking on his superior performance to return to the Government House, Uyo, in 2019, adding that he has worked hard and honestly to deliver on his 2015 campaign promises. 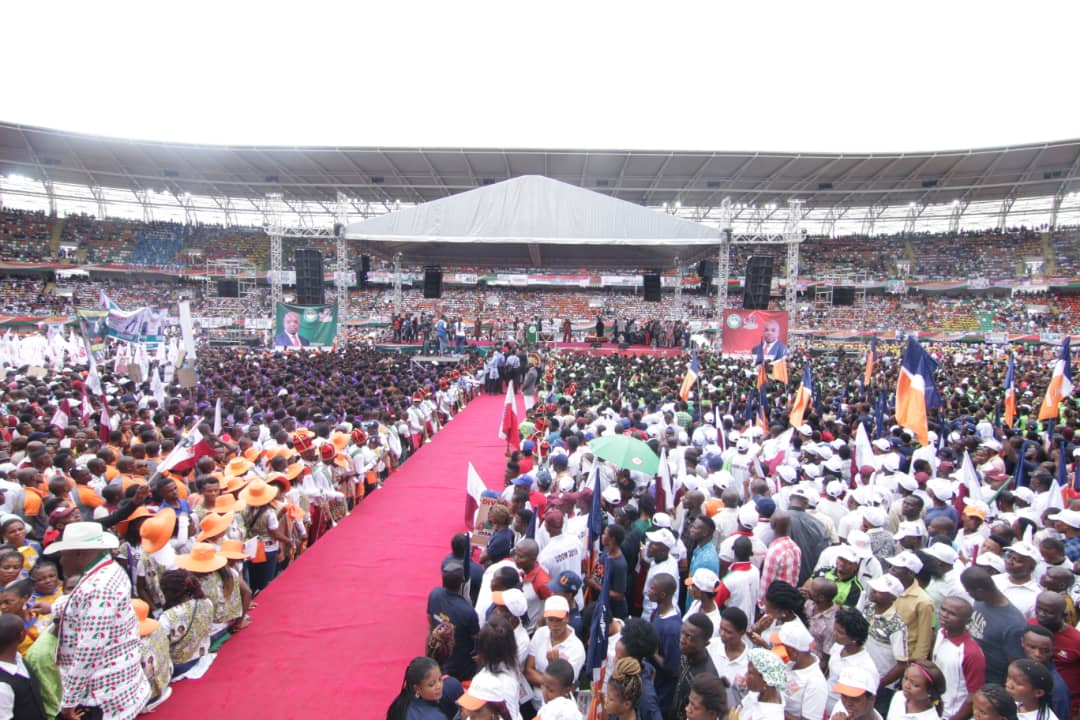 He mentioned industrialization as the major plank of his achievements in the last three years, pointing out that the conglomeration of industrial clusters including toothpick, pencil, syringe, electric metres, coconut factory, peacock paint, fertilizer firms and several kilometres of roads, would recommend him for re-election.

The Akpabio administration, he noted, had left behind some uncompleted projects including the Sheraton by Four Points Hotel at Ikot Ekpene and the Uyo – Ikot Ekpene road, saying his administration has been working hard to ensure the completion of those legacy projects of the immediate past era.

“Who said they had completed the Sheraton by Four Points Hotel?”, he asked, adding that “it is only today that we are negotiating with Starwood Group for the retainership of the name, which some surreptitiously put up on a building, is building a hotel?”.

He, therefore, enjoined the people to rally round him in his quest to sustain the tempo of good governance he enunciated in his first term in 2015.

In the same vein, the Speaker of the State House of Assembly, Rt. Hon. Onofiok Luke; the former Military Governor of the State, Otuekong Idongesit Nkanga, who chairs the governor’s re-election committee and the State PDP chair, Obong Paul Ekpo, charged supporters and stakeholders of the PDP to work towards ensuring the PDP retain Akwa Ibom with Udom Emmanuel, in 2019.

Solidarity messages from neighbouring governors of River State, Nysom Wike and Okezie Ikpeazu of Abia State, assured governor Emmanuel that he would be returned based on track-record of quality works in the last three years and enjoined the people not to allow external influence to alter the already political arrangement ably directed by the PDP since 1999 in Akwa Ibom.