In a resignation letter addressed to the Deputy Minority Leader, Senator Emmanuel Bwacha, Senator Akpabio said his resignation was with effect from August 4, 2018.

Senator Akpabio thanked the Senate leadership, the minority leadership, all distinguished Senators, his party the Peoples Democratic Party (PDP) for the opportunity to lead the PDP Caucus in the last three years.

Senator Akpabio is expected to be received into the All Progressives Congress (APC) at a rally in Ikot Ekpene, Akwa Ibom State on Wednesday, August 8, 2018. 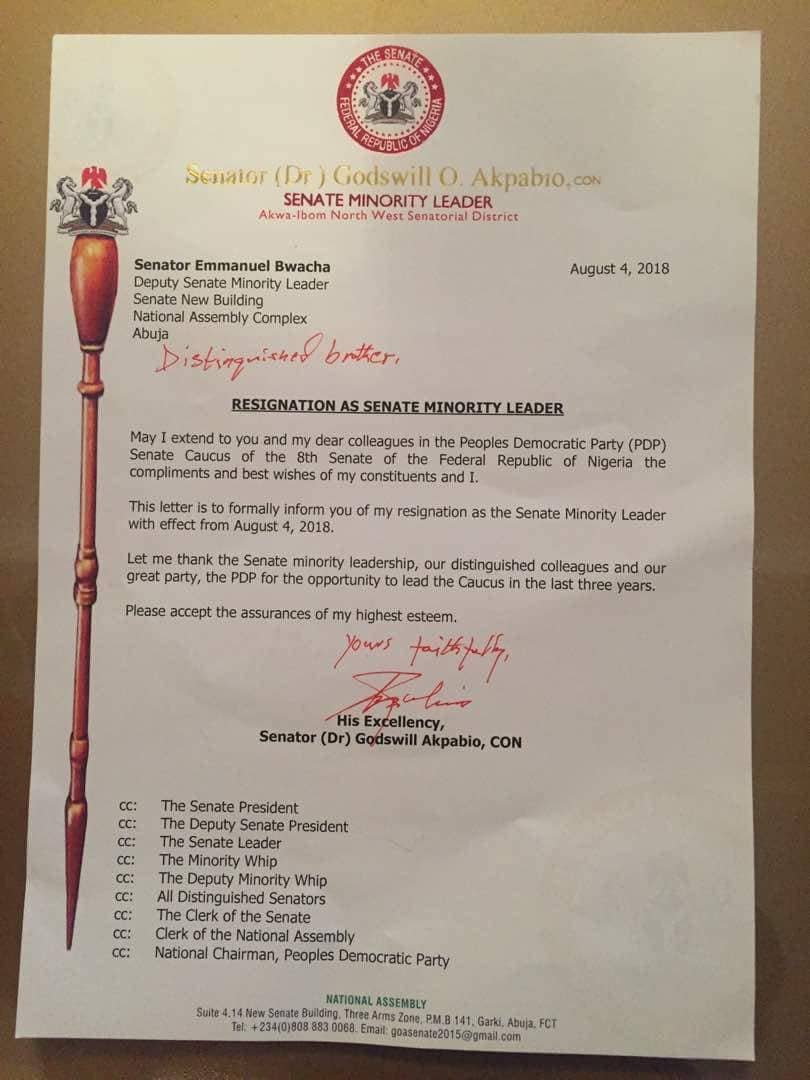