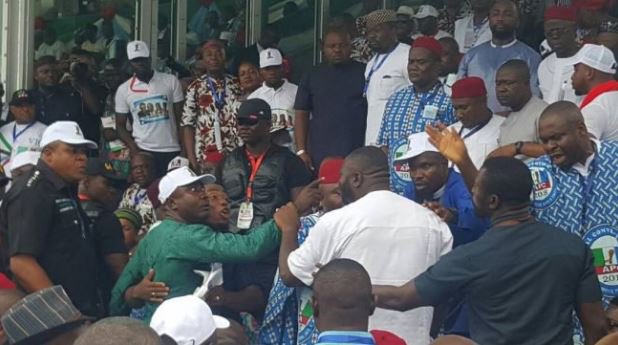 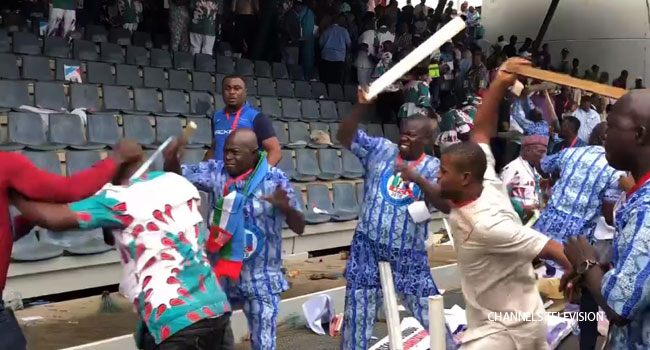 The Peoples Democratic Party has described the national convention of the All Progressives Congress APC as a charade, a mockery of democracy and assault on the sensibility of Nigerians.

The party also alleged that the open intimidation and physical assault on aspirants and delegates to the convention further confirmed the alleged desperation by President Muhammadu Buhari’s camp to seize the APC’s presidential ticket.

National Publicity Secretary of the PDP, Mr. kola Ologbondiyan, alleged in a statement in Abuja on Saturday, that delegates and other members of the APC were horrified when aspirants to various party offices “were being threatened, harassed and in some cases, paid and handed written orders to mount the stage and announce their withdrawal for aspirants listed by President Buhari, under heavy security presence.”

He said, “Nigerians are invited to note that some of the officials preferred, particularly, the National Chairman, are individuals overburdened by heavy corruption allegations, whose expected investigation and prosecution have been traded for a Presidential ticket for President Buhari.

“The world observed with shock how aspirants and delegates who dared to raise questions were manhandled by thugs and intimidated by security operatives.

“It is instructive to state that the APC convention directly reflects the confusion, intimidations, violations and descent to fascism that have characterised governance in our nation in the last three years.”