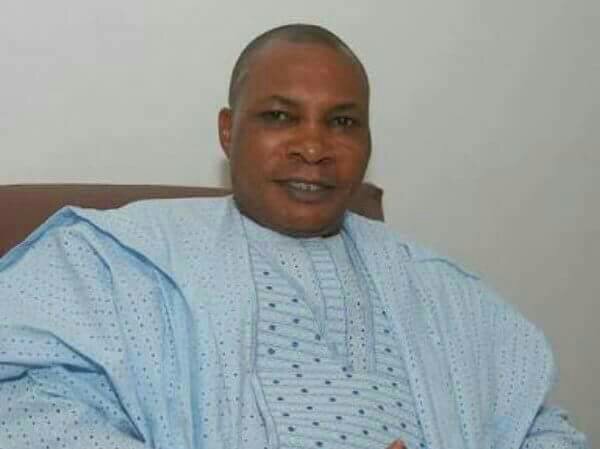 Members of the All Progressives Congress in Akwa Ibom State have kicked against a proposal by the State caucus chairman of the party, Atuekong Don Etiebet, to hold what is called “guided congresses” in the State.

A caucus member of the Party, Elder Enefiok Ekefre, said on Wednesday, May 2, 2018, in a press conference that the proposal is “undemocratic”, “unacceptable” and has the potential to disunite members of the party.

He said there must be changes in the leadership of the party and approved guidelines for congresses must be followed judiciously.

“For a vibrant democracy, there must be a change in the leadership of the party. The persons leading the party must be knowledgeable; I don’t think the man running the party in the State knows what he is doing. If the decision of the party is that we should not change the zoning of positions, let’s change individuals and bring in people who are knowledgeable in party administration”.
Ekefre claimed that Etiebet was trying to assert himself unnecessarily over the majority in the party who want free, fair, and transparent congresses.

The party chieftain said though the APC enjoys massive goodwill in the State, the party will lose the next election if one person is allowed to dictate the direction of affairs.

“Etiebet is trying to reintroduce impunity. The so called ‘guided congresses’ is not the decision of the party but Etiebet’s. Democracy starts with party congress, when one person tries to impose people on the others we won’t get it right, and the APC will lose the general election despite the party currently enjoys in the State”.
Ekefre alleged that Etiebet’s designation as state caucus chairman was illegal.

“The chairman of the state party is the chairman of the caucus, that is what the constitution of the party says. I don’t know how he got the title”.
He urged members of the party to reject Etiebet’s proposal which he said does not mean well for the party, recalled that the former Minister introduced a similar proposal called ‘consensus’ which Ekere claimed ruined the PDP.

“When we started the PDP in 1998, it was this same Don Etiebet that introduced something called ‘consensus’. He used the so called consensus to produce Obong Attah, Tony Esu, Anietie Okon, and others, without our consent. That was the beginning of imposition and impunity in PDP which was later perfected by my friend, Godswill Akpabio, to the point that he Etiebet and some of us could not take. Now, Etiebet has come up again with ‘guided congress’; may be he learned that from Imperial College. Members of the party must not accept this”.
Ekefre called on the national leadership of the APC to advise Etiebet and others who are promoting the idea of “guided congress” to ditch the proposal for an open congress.

Responding to a question on the “purported suspension” of Senator John Udoedehe, Ekefre said the suspension was a cook up by the State office of the APC.

“There was no time that the ward chairman of ward six in Uyo sat to deliberate and sign document for the suspension of Udoedehe. It was a cook up by the State office of the party”.
It was gathered that some stakeholders of the APC across the State have kicked against Etiebet’s “guided congress”.

There is division in Nsit Atai over the proposal. It was gathered that a faction of the party led by former Commissioner for Sport, Dr. John Harry, has objected retaining of all members of the outgoing executive, while a former member of the House of Representatives, Sir Emmanuel Ekpenyong, has moved members to support Etiebet’s proposal.

It is expected that other caucus members of the party will give their positions on the proposal ahead of the first congress which is coming up on Saturday May, 5.