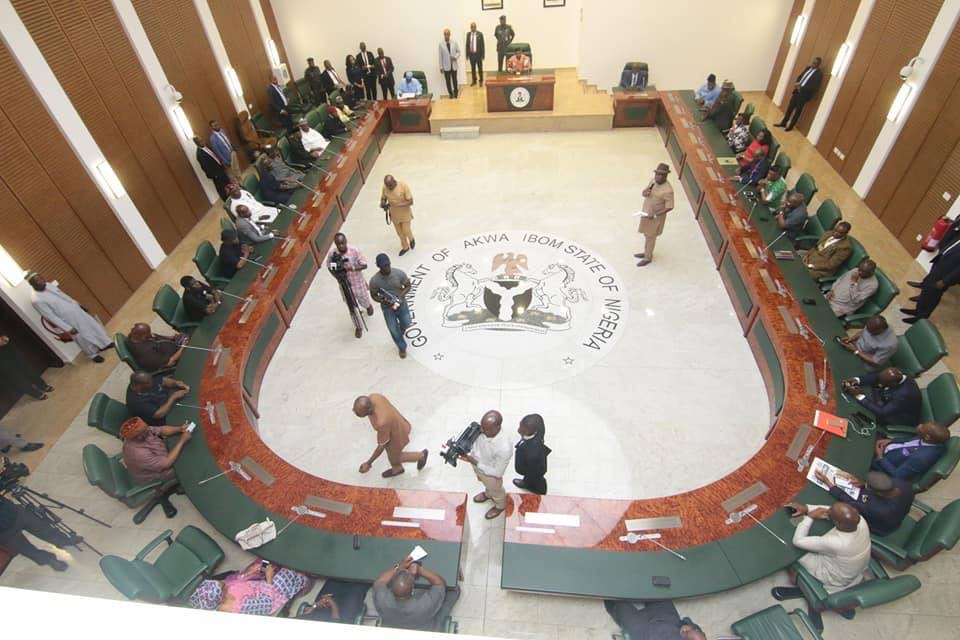 Governor Udom Emmanuel has reiterated his position that restructuring is key to sustainable growth and meaningful development in the country.

He stated this in Government House,Uyo when a former Vice President, Alhaji Atiku Abubakar visited the state to declare his interest for the number one seat in Nigeria to him and other top party officials in Akwa Ibom.

According to him, “we are still expecting that time that Nigeria will be run as a business venture not as a segmented six regional basis were money is made everywhere and then shared at Abuja. We don’t expect that will still continue.”

The Governor said the people were expecting a much better Nigeria from 2019 and appreciated Atiku Abubakar for showing concern about the situation in the country.

He maintained that the leadership of the party was looking forward to making the race much more interesting explaining that although many aspirants will indicate interest, only the one ordained by God will prevail.

While making his intention known, former Vice President, Atiku Abubakar explained that his aspiration was born out of sheer and dogged patriotism.

Alhaji Abubakar assured the party faithful that he was seeking the Presidency in 2019 to unite the country, bring about economic prosperity and to look at the current structure of the country if it has actually achieved the objectives of the nation’s federalism.

The Presidential hopeful emphasized on the issue of devolution of powers and resources to the various components of the country noting that he could not point at any project undertaken by the Federal Government in Akwa Ibom State. “I have known this state for a very long time, I cannot point out to a federal road in this state, a federal institution in this state or any major project in this state. ”

According to Alhaji Abubakar, “All what has been achieved in this state in terms of development strides have been done by the government of this state.” He wondered why the states and local government councils were not being empowered with more resources for them to do better than they have done so far.

He asserted that such empowerment of the second and third tiers of government will make it possible for their people to hold their local leaders accountable either for progress or the lack of it.

The Presidential aspirant expressed strong believe in a restructured Nigeria and informed the people that he was a product of the first federalism enjoying free and qualitative education with payment of a weekly pocket money up to university level in an era when oil was yet to be exploited. In his opinion, a restructured Nigeria will bring about the ingenuity of citizens and leaders in the country to diversify sources of revenues in order to be able to render the services needed by the people for their development and prosperity.

He recalled that his primary and secondary education were completely funded by the local government whose officials then were not more than grade two or three holders but showed high level of patriotism and commitment to the development and prosperity of the local authority and the people. 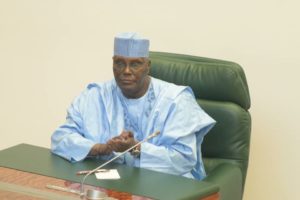 He called on Nigerians to always acknowledge the contributions made by past leaders and explained that but not for their efforts and sacrifices, some of them would not have been in uyo to discuss the future and development of the area. He applauded former Governors, Obong Victor Attah, the Senate Minority Leader, Senator Godswill Akpabio and the current occupant of the office, Mr Udom Emmanuel for laying a solid foundation for the development and prosperity of the state and the people.

He said the success has been achieved due to the consistency by the people in voting the ruling party in Akwa Ibom and commended the people for their steadfastness.

Highlight of the campaign visit was the presentation of a momento by the presidential aspirant to the Akwa Ibom State Governor.

A former Governor of Ogun state, Otunba Gbenga Daniel, that of Niger State, Dr Muazu Babangida Aliyu, Former National Chairman of the PDP who was at some point the Governor of Enugu State, Dr Okwesilieze Nwodo among others were in the entourage of the visiting presidential aspirant.