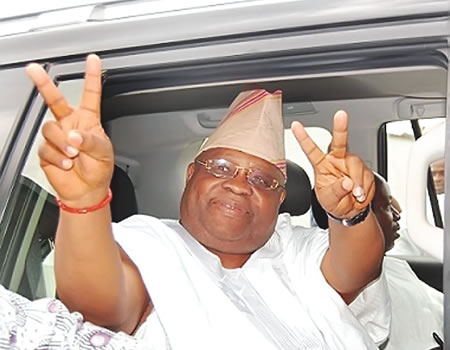 The Osun State Governorship Election Petitions Tribunal sitting in Abuja has declared as winner Peoples Democratic Party and its candidate in the 2018 governorship election in the state, Ademola Adeleke.

Reading the ruling on behalf of a three-member panel of judges, Justice Peter Obi held that the returning officer of the Independent National Electoral Commission (INEC) had no powers to cancel the election in the seven polling units on September 22, 2018, which led leading to the rerun election on September 27, 2018.

At its sitting in Abuja on Friday, the tribunal voided the cancellation of elections in seven polling units in the state, therefore holding that Gboyega Oyetola, the candidate of the All Progressives Congress (APC) was not validly returned.