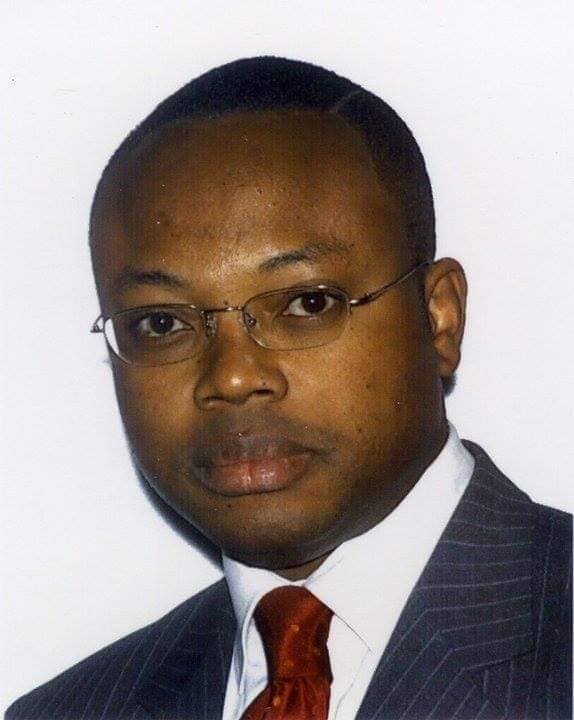 It can be very ridiculous when a full grown man attempts to hide behind a finger. For sure, right thinking members of the public will never take such a personality serious, no matter how much he tries to get attention, especially when his unstable antecedents are well known.

Hiding behind a finger is what Atta Ikideh has been doing ever since his failed attempt to swindle the Akwa Ibom State government through 419 proposals. He has over time latched on frivolous statistics and concocted ‘failings’ in his attempt to ridicule and downplay the achievements of the state government.
Rather than activate a self-destruct mode through blackmail and deceitful publications, Ikideh may do well for himself by utilizing his resources to resuscitate his stranded law career, which he abandoned here in Nigeria, having failed to make it to the Nigerian Law School. Since he made a fortune from the last administration as a willing tool of blackmail, he should make his late father and indeed the larger Ikideh family proud by investing in meaningful ventures.
Ikideh’s latest opinion piece where he asked “why is it all bad news about Akwa Ibom State from the National Bureau of Statistics?” exposes him as one with a warped imagination who eagerly awaits bad news about his native land, Akwa Ibom.

He should be aware that his recent ignoble undertakings against the state government has kept right-thinking Akwa Ibom people at home and in the diaspora wondering if he does not need a mental check. They might just be right!
It is a sad commentary that one who claims to be a patriot would go in deliberate search of bad news about his state and would go further to give vigorous publicity to dubious and politically motivated negative statistics. The question is, where was Attah Ikideh when the same NBI rated Akwa Ibom state, under the leadership of Governor Udom Emmanuel as the second best destination for Foreign Direct Investment in Nigeria? How much publicity did he give to that rating?

The antics of Ikideh’s ilk are well known to those of us who have consistently follow developments in Akwa Ibom state. Once they fail to get what they want, they resort to blackmail and lend themselves to spent paymasters and drowning godfathers, whose trade in stock is to whip undue sentiments against a focused administration like we presently have in Akwa Ibom State.
It is public knowledge that Akwa Ibom government, through its Health Commissioner, has satisfactorily addressed the NBS rating of Akwa Ibom as the state with the highest prevalence rate in the 2018 national survey. In case Ikideh is not aware, HIV prevalence has been on the decline since Governor Udom came on board. While the state’s prevalence was 10.8% in the 2014 national survey, it dropped to 5.5% in the 2018 survey.
On the latest rating of the State as having the highest cost of living, the likes of Ikideh should be informed that it is not every statistics reeled out by agencies that should be taken hook, line and sinker. While an agency like the NBS may have done well in time past, it is not unlikely that its recent activities may have been politically motivated.
Dazed by the outcome of the last general elections in Akwa Ibom State, especially the sweet victory of Governor Udom Emmanuel, it is pitiful that Ikideh and his co-travellers are still befuddled, and therefore, have continued their search for anything that will keep them on the payroll of their equally stunned paymasters.
The pains of the resounding loss by Ikideh’s masters is understandable. Nevertheless, it is high time he turned a new leaf and team up with the rest of us Akwa Ibom sons and daughters who have vowed to stop at nothing is supporting Governor Emmanuel to realize the dream of a greater state, where peace, progress and development stand in bold relief.
A word is enough for the wise!

Cosmas is a public affairs commentator.