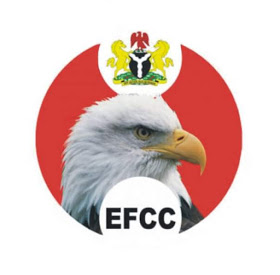 The Economic and Financial Crimes Commission on Thursday arraigned a businessman, John Abebe, for alleged forgery.

Abebe, who is a younger brother to the late former First Lady, Stella Obasanjo, was arraigned on four counts before the Lagos State Special Offences Court in Ikeja.

The EFCC, in the charges, claimed that Abebe “knowingly forged” a November 30, 1995 letter written by BP Exploration Nigeria Limited to Inducon (Nigeria) Ltd.

The anti-graft agency claimed that the businessman “illegally inserted” into page 2 of the said letter “the following statement: “Also note that the ‘Buy-Out Option’ only applies to the pre-production stage of the NPIA. The $4m buy-out is thus irrelevant from production of oil in any of our fields.”

According to the EFCC, Mr. Abebe also attempted to “pervert the course of justice” by tendering the allegedly forged November 30, 1995 letter “as a fabricated evidence” in court, in Suit No. FHC/L/CS/224/2010 between Dr. John Abebe, Inducon Nigeria Limited and Statoil Nigeria Limited.

The EFCC accused him of making an attempt to “mislead the court” by using fabricated evidence, contrary to Section 120 (2) of the Criminal Code Cap C17, Law of Lagos State of Nigeria 2003.

The EFCC prosecutor, Rotimi Oyedepo, told the court that by attempting to pervert the course of justice, Abebe violated Section 126 (2) of the Criminal Code Cap C17, Law of Lagos State of Nigeria 2003.

The prosecutor added that forgery was a violation of Section 467 of the Criminal Code Cap C17, Law of Lagos State of Nigeria 2003.

But when the charges were read to the businessman on Thursday, he pleaded not guilty.

Justice Mojisola Dada, while adjourning the case to enable the defence counsel, Mr. Uche Nwokedi (SAN), to file an application for his client’s bail, ordered that Abebe be remanded in Ikoyi Prison.