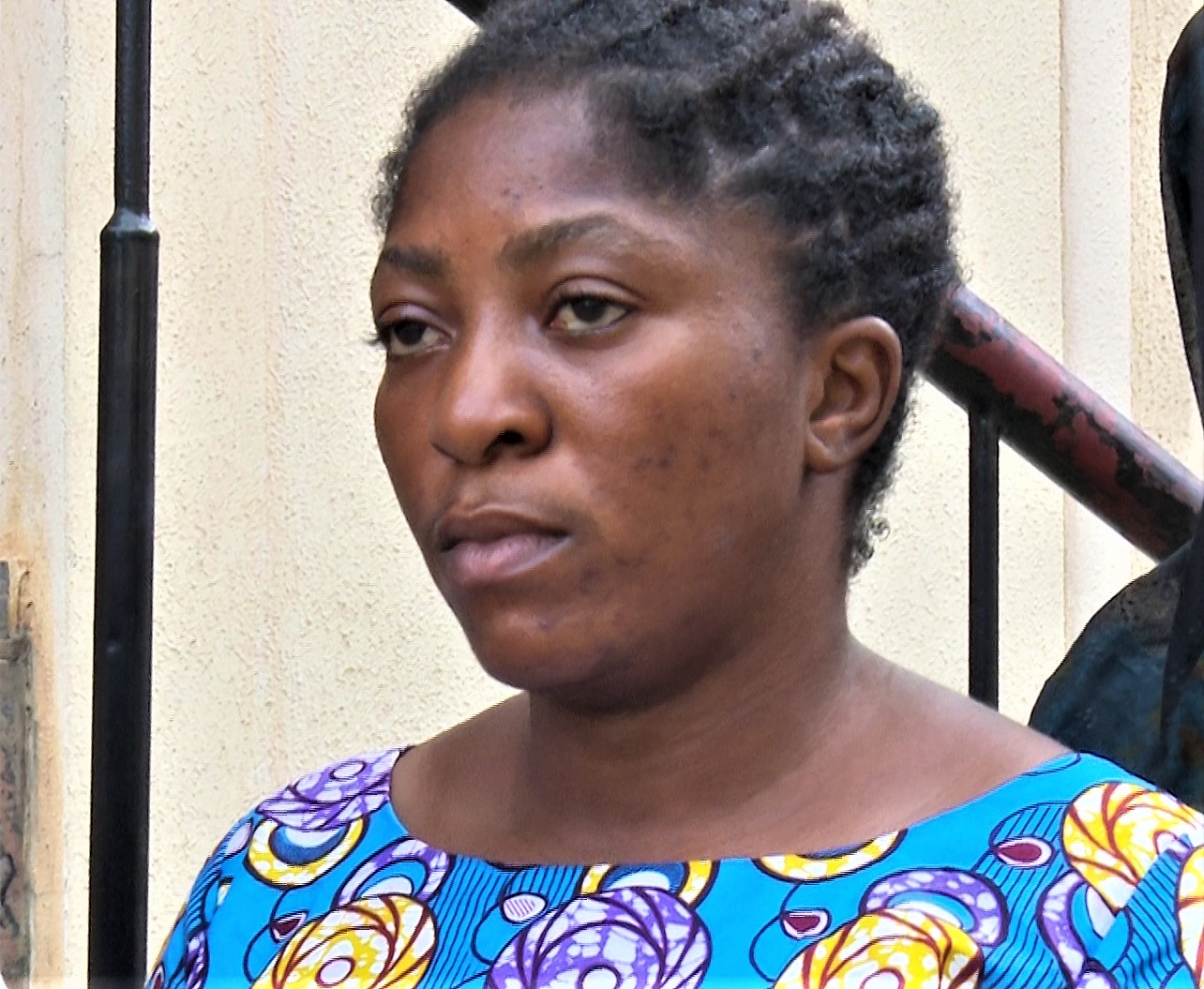 The Economic and Financial Crimes Commission, EFCC today, Friday, May 31, 2019, arraigned Philomena Chieshe, the controversial official of the Joint Admission and Matriculation Board, JAMB, who claimed that the N35, 480, 000 (Thirty-Five Million Four Hundred and Eighty Naira) being JAMB proceeds in her custody was swallowed by a snake in Makurdi, Benue State JAMB office. She was arraigned before Justice Peter Affen of the FCT High Court, Maitama. Two other officials of JAMB also arraigned alongside Chieshe were Samuel Sale Umoru and Yakubu Jekada.

The trio were arrested by the Commission in 2016, following an audit report indicting them over the alleged graft and were arraigned on charges bordering on fraud, misappropriation of funds and criminal breach of trust while holding sway as Jamb officials in Benue and Plateau States, respectively.

Two of the suspects were arraigned on eight counts 1 to 7 charges but Philomina Chieshe was arraigned on the count eight alone.

One of the counts reads: “That you Samuel Sale Umoru and Philomina Chieshe between August, 2014 and July, 2016 in Abuja and Benue state within the jurisdiction of this Honourable Court while respectively being the State coordinator and clerical officer of the Joint and Admissions Matriculations Board Zonal office, Makurdi and in such capacity entrusted with the dominion over certain properties to wit, N35,480,000.00 (Thirty Five Million, Four Hundred and Eighty Thousand Naira) being proceeds realized from the sales of e-facility cards belonging to JAMB committed criminal breach of trust by dishonestly using said funds and you thereby committed an offence contrary to and punishable under Section 315 of the Penal Code Law.”

While the last count charge preferred on Philomina Chieshe reads: “That you, Philomina Chieshe sometime in June 2016, in Abuja within the jurisdiction of this Honourable Court being legally bound to furnish to the management of Joint Admissions and Matriculations Board (JAMB) information on the financial status of the Jamb e-cards supplied to the Benue Zonal Office of JAMB between 2014 and 2016 stated that the sum of N36,510,500 being the value of the shortfall of unremitted e-JAMB cards disappeared as a result of manipulations from the kingdom of darkness which claim you knew to be false and you thereby committed an offence contrary to Section 139 (a) of the Penal Code Law.”

The defendants pleaded “Not Guilty” to the charges.

In view of the “non-guilty” plea, the Prosecution counsel, Ekele Iheanacho, urged the court to pick a trial date while asking that the defendants be remanded in prison custody pending the commencement of trial.

However, the counsels to both first and second defendants, A. Ihejerika and O. Mark, pleaded with the court to consider their bail applications which were filed respectively on Thursday, May 30 2019. The prosecution counsel, however, raised objection, stating that he was only served with the applications this morning and that it is right for him to go through them and respond accordingly.

He then asked the court for a short adjournment so that he can properly file a response to the applications.

Justice Affen, in his ruling, said that the prisons are fully congested with many awaiting trials and that there is no point sending more people there adding that the defendants be remanded in the EFCC’s custody and adjourned hearing to Monday, June 3, 2019, for consideration of the bail applications.

In another development, the Justice Affen also ordered that Yakubu Jekada, a former Plateau state coordinator of JAMB zonal office, also be remanded in the custody of the EFCC pending the hearing for his bail application fixed for Monday, June 3, 2019.

Jekada was arraigned by the EFCC on a 4-count charge bordering on criminal breach of trust and diversion of monies belonging to JAMB to his personal use.

Count 3 of the charge reads thus, “That you, Yakubu Jekada between 2009 and 2016 in Abuja and Plateau state within the jurisdiction of this Honourable Court while being the State coordinator of the Joint Admissions and Matriculations Board (JAMB) Zonal office, and in such capacity entrusted with the dominion over certain properties to wit, N11,189,000.00 (Eleven Million, One Hundred and Eighty Nine Thousand Naira) being proceeds realized from the sales of e-facility cards belonging to JAMB committed criminal breach of trust by dishonestly using said funds and you thereby committed an offence contrary to and punishable under Section 315 of the Penal Code Law.”

Jekada however pleaded “not guilty” and in this vein, the Prosecution counsel, Iheanacho prayed the court to pick a trial date and remand the defendant in prison custody pending the consideration of his bail application.

Counsel to the defendant, Emmanuel Sadiq, notified the court of the pending bail application which was filed on Thursday and asked that his client be released on bail.

Opposing the motion, Iheanacho told the court that he was just served the application after the charges have been read to the defendant. Thus, he will need to read through properly and file his response to the application.