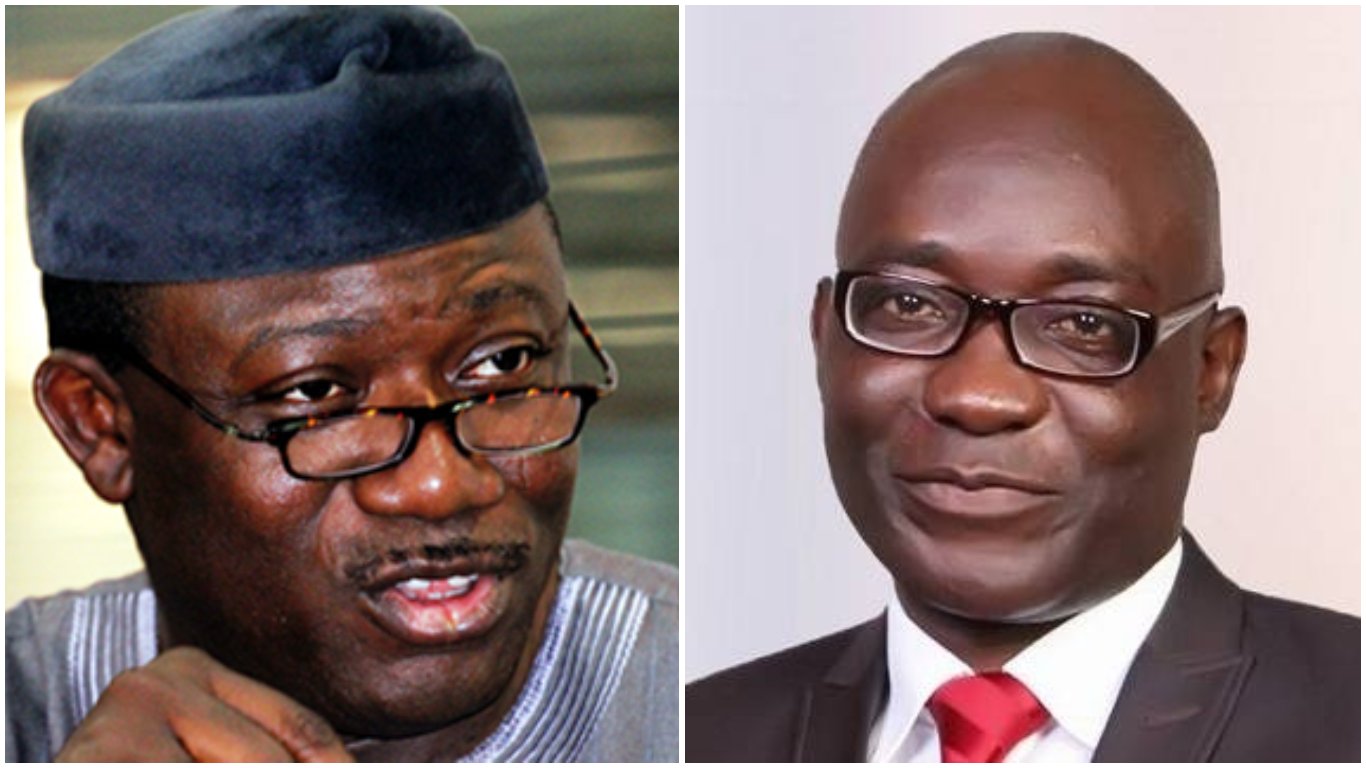 Ekiti state governor-elect, Fayemi, has filed a defence to counter the petition of the defeated PDP candidate, Eleka

– The 35-lawyer defence council has assembled over 3,000 documents as exhibits to prove that Fayemi actually won the gubernatorial election of July 14, contrary to claims by Eleka

The governor-elect of Ekiti state, Dr Kayode Fayemi, on Wednesday, August 29, filed a 2,225-page defence to counter the petition of the defeated candidate of the Peoples Democratic Party (PDP) and outgoing deputy governor of the state, Prof. Kolapo Olusola-Eleka.

A statement made available to NAIJ.com explains that eight Senior Advocates of Nigeria were to lead the legal team of the governor-elect.

Fayemi, in the defence, with over 3,000 documents as exhibits, averred that he actually won the gubernatorial election of July 14, contrary to claims by Eleka and urged the tribunal to dismiss the petition for lacking in merit.

His team of lawyers, armed with the exhibits and 1,009 witnesses, were led to the tribunal by three Senior Advocates of Nigeria; Hakeem AfoIabi, Yomi Aliyu and Kayode Olatoke.

Addressing newsmen after filing the petition, Olatoke, who spoke on behalf of his colleagues, said Eleka’s petition was a waste of time as it lacked substance and was sure that the case would be dismissed by the tribunal.

He explained further that Fayemi won “fair and square” in 12 out of the 16 local government areas of the state, while Eleka won in only four.

In his response to Eleka’s petition bordering on alleged over voting in some polling units, Olatoke dismissed this claim as frivolous and baseless.

He said Eleka’s first ground in his petition was based on Fayose’s alleged indictment via a Government White Paper which, he said had since been nullified and set aside by a competent court.

“The second ground of Eleka’s petition is alleged over voting, which is another false claim. In any case, the petition in itself is self-defeating.

“The third ground is on deliberate voiding of votes as alleged by Eleka but in actual fact, the majority of the voided ballots were votes meant for Fayemi, while the fourth ground is on vote buying which is baseless as it was, Eleka’s sponsor, Fayose that was guilty of this.

“Fayemi won convincingly based on his popularity,” Olatoke said.

No date has been fixed for hearing.