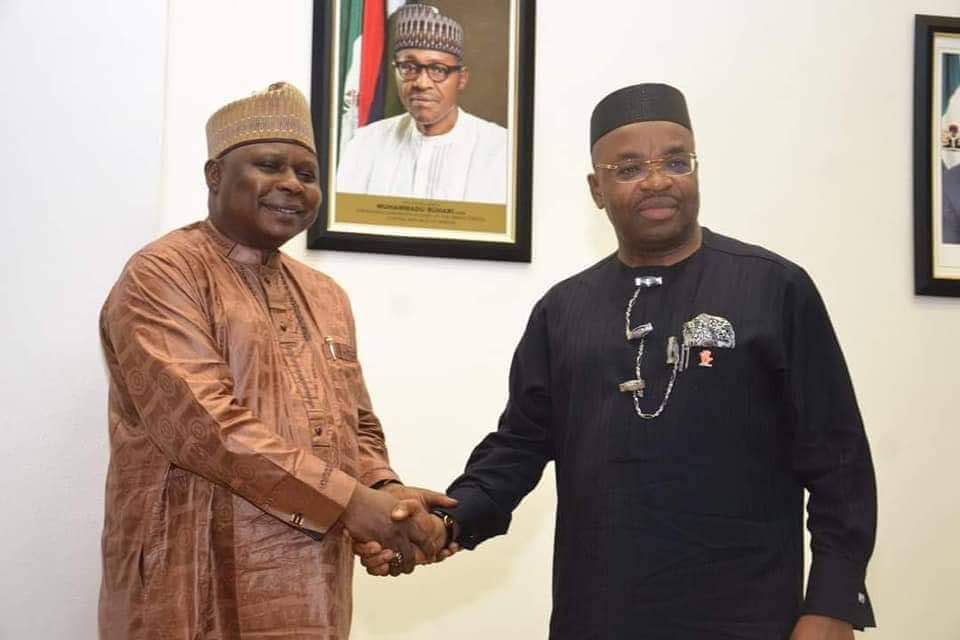 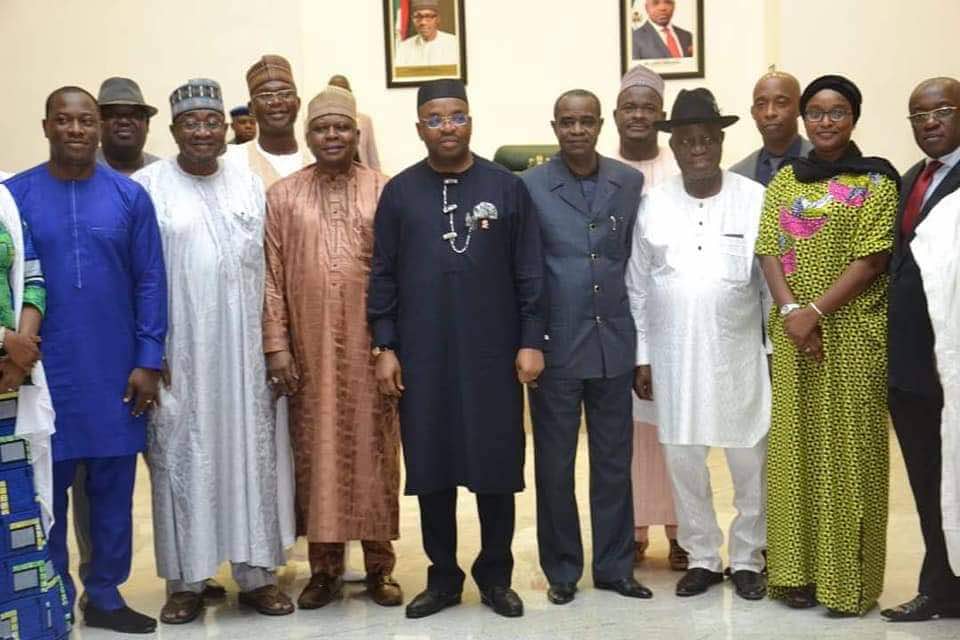 Ahead of next year’s general elections in the country, Governor Udom Emmanuel of Akwa Ibom State is hopeful of a free and fair process in the nomination of candidates by the Peoples Democratic Party, PDP.

Governor Emmanuel gave the assurance at Government House,Uyo when played host to a presidential aspirant of the party, Alhaji Kabiru Aminu Turaki, SAN, who led his campaign team on a courtesy visit.

He said that governors were determined not to influence the party primary election but to ensure that the exercise is free and fair.

The Governor expressed satisfaction with the quality of PDP presidential aspirants seeking the ticket and suggested a five minute live presentation of manifesto to Nigerians on national television by the aspirants.

According to the Governor, “All power belongs to God. If you must get there, no power can stop you. Whoever God destined to be the president of our country will be and God will use us to bring that person to power.”

He said it was important to look at individual capacity and traits of the candidate to be presented by the party and noted that the aspirant, Alhaji Kabiru Turaki spoke passionately about Nigeria and wished him well.

Governor Emmanuel expressed the hope that everything will be aimed at ensuring success of the party at the poll.

The Governor described the purported notice of impeachment to the Benue State Governor by 8 APC Legislators undermining 22 PDP lawmakers as regrettable, an undemocratic. 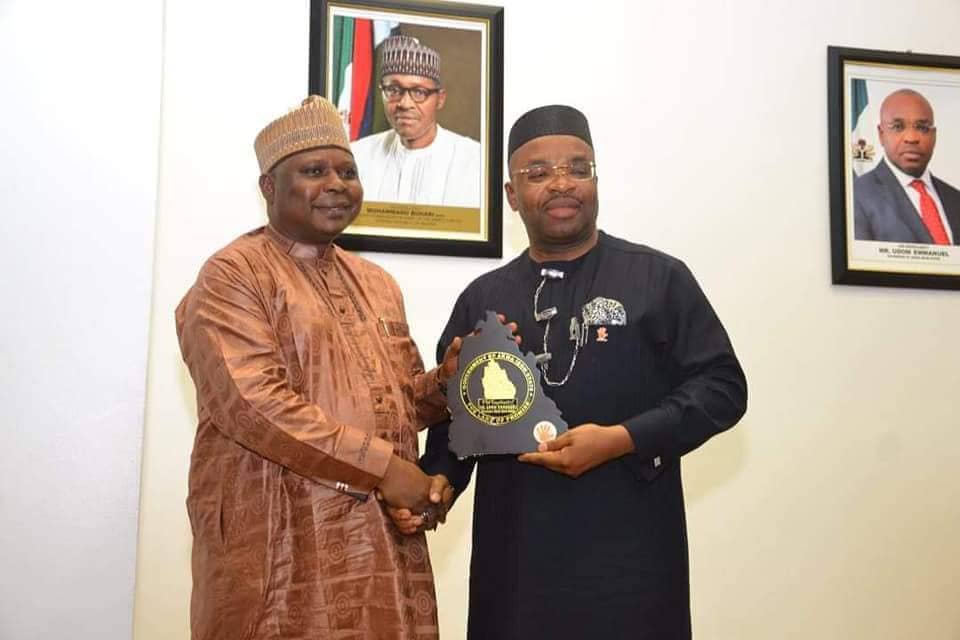 Governor Emmanuel who also wondered why all derivation funds meant for his State were being withheld, revealed that within 2 months, “they have dropped the allocation of my state by 6.8 billion naira all in the name of politics, that is what is going on.”

Earlier, Alhaji Turaki had described Governor Emmanuel as the most performing State Chief Executive whose achievements should be replicated in other states; referring to him as the pride of the nation.

The presidential aspirant stated that “when you want a government that will permeate all the strata of human society, when you want the people to feel the positive impact of democracy dividends, you do not just get anybody into elective position, you look at their pedigree, background, accomplishments and what they stand for and that will determine what they bring to the table.”

He urged Nigerians to be very careful in electing people into positions of authority, warning that the people cannot afford to allow what he called the inept APC leadership to continue to run the country aground.

He observed that never in the political history of Nigeria has the country been so polarised along ethnic, religious, regional and other premodial lines causing the people to doubt the workability of the Nigerian project. 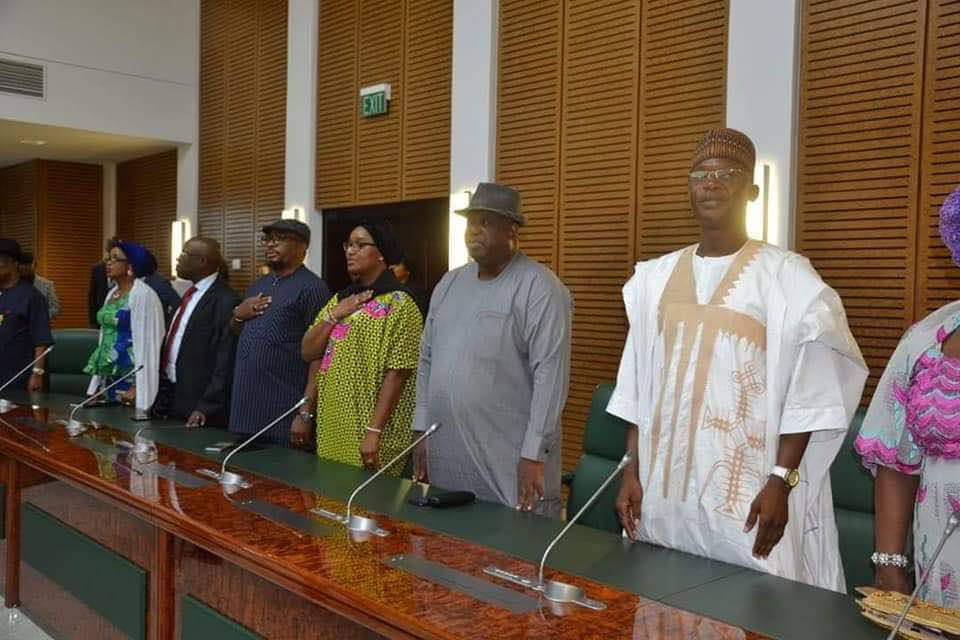 Alhaji Turaki noted that there was despondency, fear, anger and misrule and charged the people to save the country from imminent collapse with a promise not to frustrate the aspirations of the people if given the mandate.

He decried the high level of insecurity leading to incessant killings in the country and stated that, “unless we begin to see criminal elements as who they are and not as members of ethnic groups or cleavages, we will be missing the point.”

The Presidential hopeful said he was determined to ensure restructuring of the federation and work with the National Assembly to ammend laws that are schewed against proper restructuring.

Nigeria, according to the politician, needs an accomplished professional who has risen to the Zenith of his profession with unquestionable integrity and credibility just like the Akwa Ibom Governor.

He encouraged Nigerians not to despair as PDP was on the rise again to rescue the country from the twin malady of hunger and poverty, despotism and nepotism and the clueless and inept leadership that has nothing to offer apart from suffering and killings.

He promised to do better and avoid mistakes of the past, revisit the 2014 National Confab reports which the aspirant said has answers to most critical issues affecting the country and thanked the Governor for the audience.

Also speaking, the Director General of the Campaign Organisation and former Governor of Adamawa State, Mr Bonni Haruna described the candidate as a worthy product, very resourceful, not deficient in capacity, character and integrity.

Mr Haruna told the host that the candidate is endowed with enormous knowledge to understand and conceptualize the problems of the country, analyse them and profer sustainable solutions.