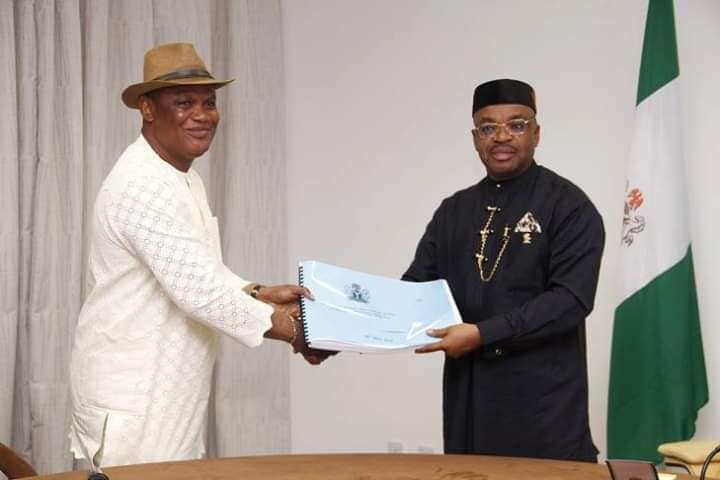 Commissioner for Works, Akwa Ibom State, Mr. Ephraim Akparawa Inyang-Eyen, has added another feather in his cap, as he bagged the Commissioner of the term (2015 to 2019) Award at the 11th Akwa Ibom Icons Awards (AKIA).

However, the Works boss was among ten other distinguished personalities and institutions, Saturday evening, who were presented with awards and medals for their topnotch services to the State and humanity in general, at the Conference Hall of Watbridge Hotels, Uyo.

According to the Chairman, Governing Council of AKIA; Air Commodore Idongesit Nkanga Rtd, and the Executive Secretary; Princee Baba Owoh Jnr, the award was instituted in 2008 to stimulate fair competition for service delivery, celebrate excellence, bravery as well as performance.

Mr. Inyang-Eyen was lauded for his exceptional spirit of enterprise anchored on his determination, courage, and tenacity in undertaking bold and challenging pursuits that adds value to the developmental rennaisance of Akwa Ibom State and the uplift of her profile among her citizenry at home and in the Diaspora.

The organizers who expressed optimism that the recognition will encourage the Commissioner to do more divulged that Mr. Ephraim Inyang-Eyen won the contest by scoring 57% of valid votes cast to beat his closet colleague who polled 45%.

Represented by the Director of Geotechnical, Ministry of Works, Mr. Nseobong Edem, thanked God for giving the Commissioner the needed strength and knowledge to translate the vision of the State Chief Executive in the Works’ Ministry.

He lauded the State Governor, Mr. Udom Emmanuel for the opportunity given to Mr. Inyang-Eyen to serve the State and contribute his quota towards the development of Akwa Ibom.

While praising the entire Ministry of Works staff and Management team for their unrelenting support which has culminated in the achievements for which Inyang-Eyen was being honoured, the Commissioner’s representative said it was heartwarming to know that what the awardee has done so far was being noticed by the public.

“This award will surely spur the Commissioner to do more”, he submitted.

Meanwhile, the State Governor, Mr. Udom Emmanuel bagged the Akwa Ibom person of the year award, while Her Excellency, Dr. Martha Udom Emmanuel, was conferred with the award of Akwa Ibom woman of the term.

Others were; Senator Bassey Albert – Akwa Ibom Legislator of the term, Comrade Ini Ememobong as the Akwa Ibom Most Resourceful Youth of the year. 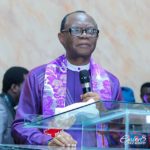