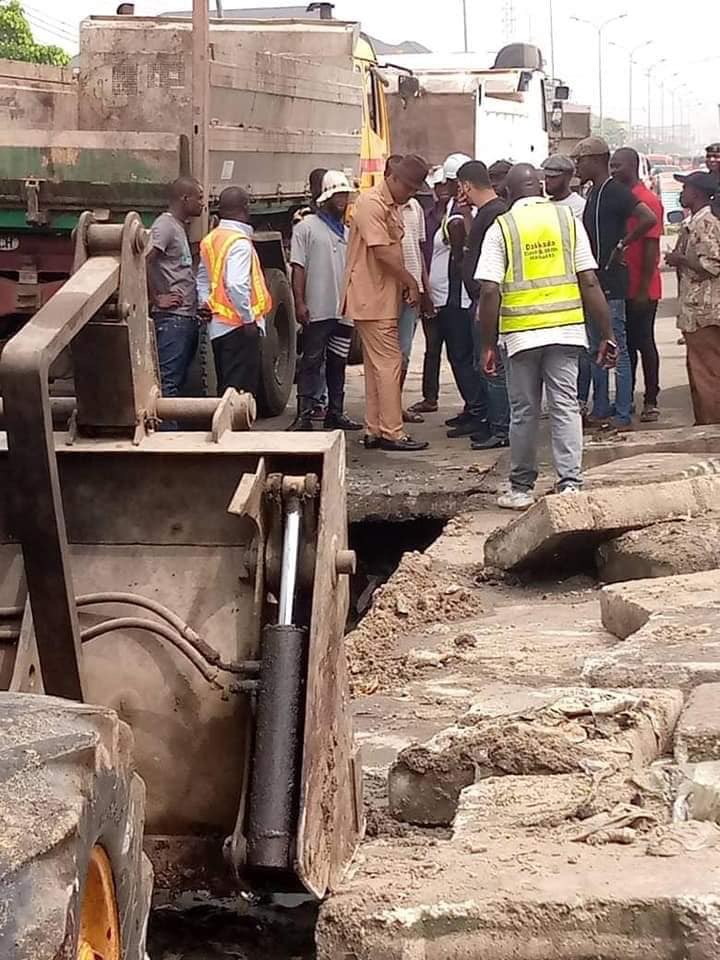 In preparations for the next rainy season, the Akwa Ibom State Environmental Protection and waste Management Agency (AKSEPWMA), in her avowed commitment to fighting flood within Uyo – the State Capital and other city centers in the oil rich State, has reiterated her determination to utilize the dry season in the fight against flood, by desilting gutters and opening up blocked drainages.

The AKSEPWMA Chairman – Obong Prince Ikim, disclosed this on Wednesday, December 8, 2020, while addressing newsmen in Uyo during the ongoing desilting of gutters along Olu Obasanjo Way, also known as Abak road.

“As an Agency, we tried during the rainy season to intervene in some areas that were seriously affected by flood, we also used that period and season to study the areas that posed so much environmental threats and hazards, now that the dry season is here, we are determined to unblock all drainages, desilt gutters and lots more. We started this process at Oron road, now our focus is here at Abak road and as I speak to you, we have also sent some intervention teams to other streets and we will make maximum use of this season. Let me assure all residents and citizens of the state that by next rainy season, flood will be a thing of the past.” Ikim added.

The former Council Boss of Oruk Anam who spoke further, warned Akwa Ibom People against indiscriminate dumping of refuse and street trading, adding that those are the identified primary agents of flood. While reiterating Governor Emmanuel’s resolve and commitment to creating a healthy and safety environment, Ikim noted that his agency will not relent in prosecuting all defaulters of environmental laws.

Recall that Akwa Ibom was again, declared the cleanest state in Nigeria in 2019. This 2020, the standard will not change, all wastes generated must be bagged and disposed Only at government approved dump points between 6pm and 6am.