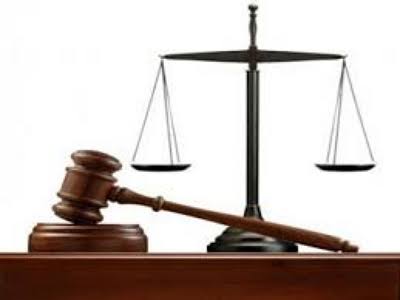 The Nigerian Young Professionals Forum has warned that with the political undertone trailing the activities of Nigeria’s leading anti graft agency, the country could be heading towards a full blown tyranny and dictatorship.

The warning is contained in a press statement by the forum in reaction to the news of EFCC’s freezing of the official bank accounts of Benue State and Akwa Ibom State after the Benue Governor dumped the ruling APC and the latter’s Senator representing Akwa Ibom North West defected to the APC.

In the statement issued in Abuja on 8th of August by the forum’s Head of Policy & Media, Dignity Ekop and jointly signed by 4 of its officers including the National Convener, Waheed Gambo, the Deputy Convener, Alex Antiaobong, the Secretary, Chidi Iroegbunam and the Head of Research, Dapo Gbadebo, the forum said if allegations that the EFCC is being used as a tool of political witch-hunt and oppression against people and states that disagree with the ruling party and the federal government is true, it portends great danger to democracy and our country’s survival adding that such show of brute force and intimidation raises serious questions on the independence and integrity of the agency’s intentions and actions.

The forum demanded the EFCC to offer immediate public explanation given the fact that the frozen accounts are official accounts of autonomous though federating units of Nigeria describing the action of the EFCC as malicious and unconstitutional.

The statement reads in part:

“Without prejudice to the powers of investigation generally of the Economic and Financial Crimes Commission, a dispassionate review of the law and the ‘episode’ playing out, would clearly show that by the combined effect of Sections 125, 128 and 129 of the 1999 Constitution as amended, Section 34 of the Economic and Financial Crimes Commission Establishment Act and Section 18 of the Interpretation Act, the EFCC lacks the requisite powers to freeze any account of the Benue State Government, Akwa Ibom State Government or any state government whatsoever and in any case, assuming without conceding that the Commission has such powers, there’s no evidence so far to show that it has any Court Order which is a precondition of law to freezing any bank account generally and this is consistent with the decision of the Court in Dangabar v FRN (2014). That this suspicious and unlawful actions are coming after Governor Samuel Ortom defected from the APC and Senator Akpabio defected to the APC raises more questions than answers.

The Federal Government must be reminded that Nigeria as a state party on December 9, 2003 signed and on December 14, 2004 ratified the United Nations Convention Against Corruption (UNCAC) and the obvious lack of independence and frequent interference and control of our anti graft agencies offends the spirit and letters of Article 6 (2) and Article 8 (1), (2) of the Convention and these embarrassing situations go far to undermine our reputation within the global community especially at this juncture of our tortuous history.

While we recognise that corruption has far reaching negative impacts that undermine the values of our democracy, development and the rule of law and we lend our support to every genuine effort to fight it, on the other hand, institutional impunity, open partisanship and lack of due process in tackling corruption such as currently being witnessed in our country remains a dangerous signpost that Nigeria is heading towards active dictatorship, tyranny and anarchy.

Our law enforcement agencies must be independent and insulate themselves from political interference and control. Nigerians will continue to condemn every inglorious attempt to compromise and politicize our law enforcement agencies by a tyrannical cabal of scorpions desperately trying to sting our country to death to satisfy their atrocious and ungodly political interests.

Nigerians have endured enough and today, we are urging politicians to tame their hunger and desperation to perpetuate unrestrained impunity or risk an unexpected populists resistance that may consume them. It is on record that history has never been kind to any architect of tyranny”. The statement concluded. 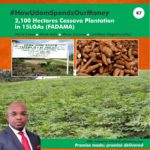