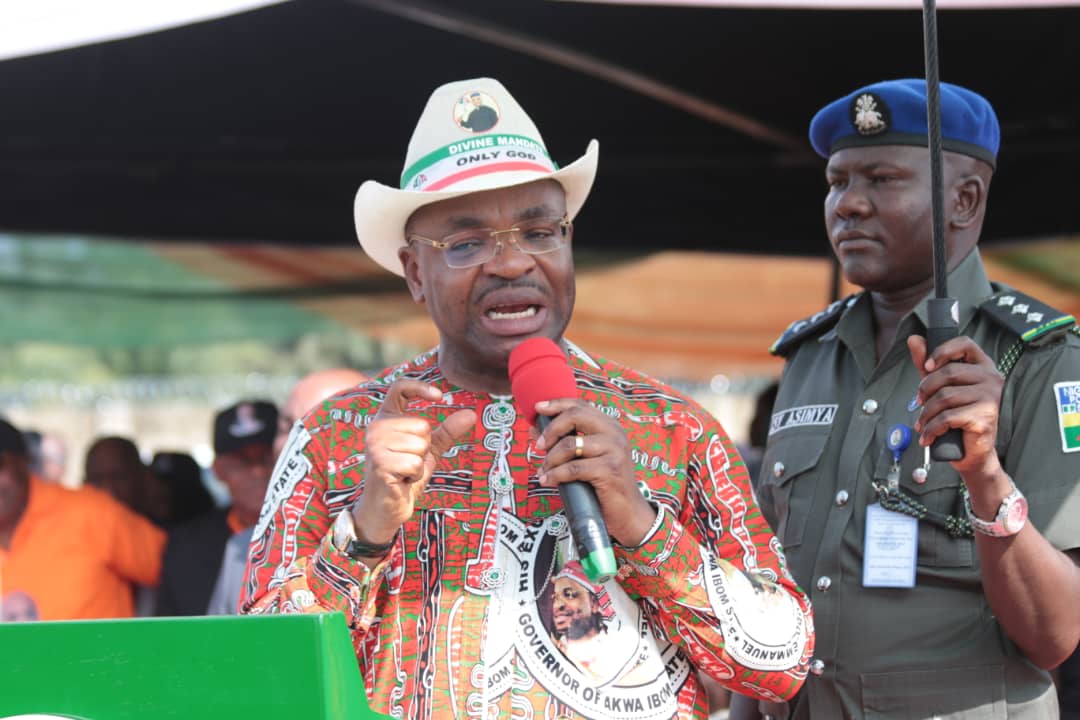 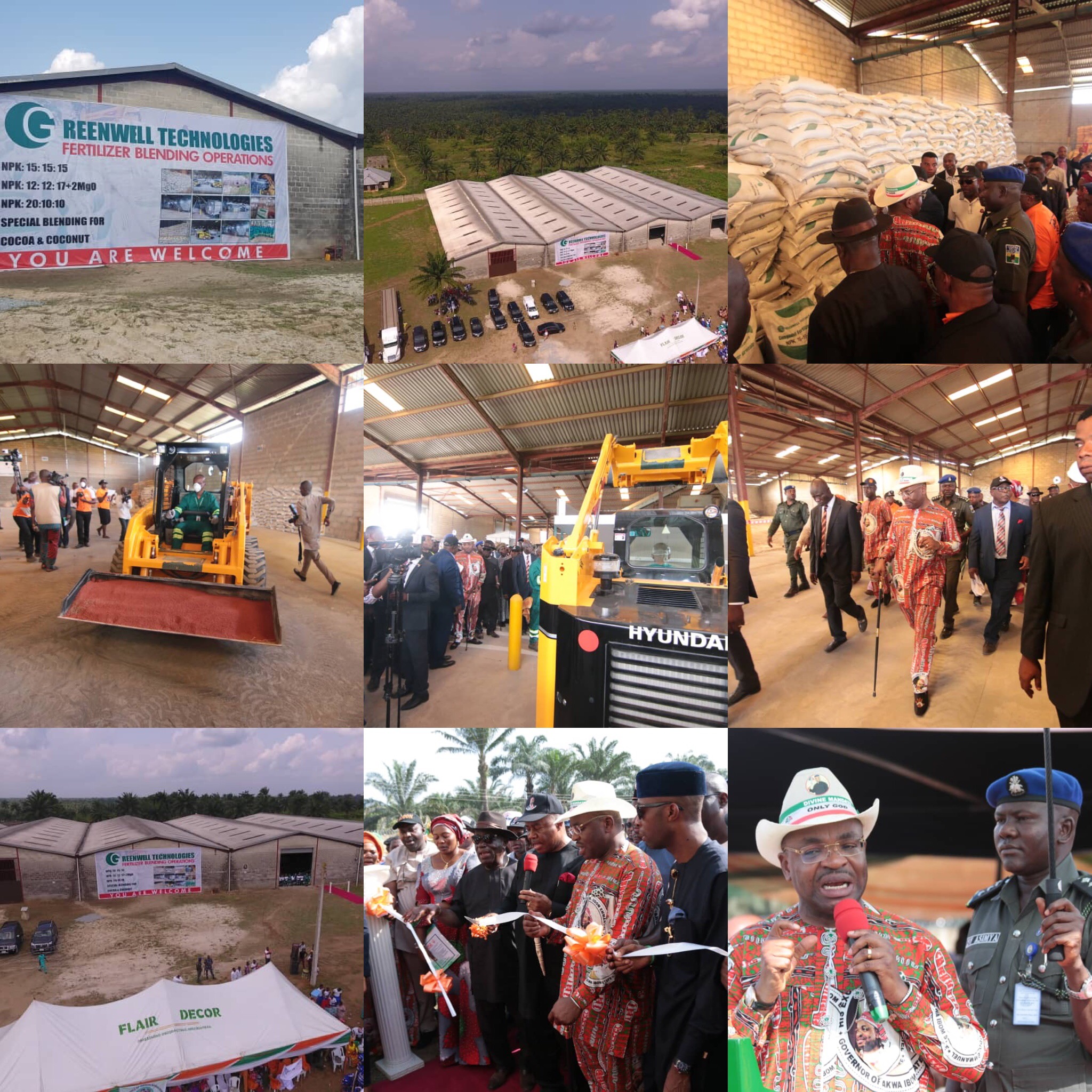 As part of fulfilment to his campaign promises of ensuring that there is food sufficiency and security in the state, Akwa Ibom State Governor, Mr. Udom Emmanuel, on Friday, inaugurated the Fertiliser Blending Factory in Abak Local Government Area of the State.

Speaking at the occasion, Gov Emmanuel expressed appreciation to God for good excellent weather since the beginning of the commissioning activities in May, and the several projects which he said are more than the number of days to commission them.

He explained that the fertiliser blending plant, which is different from what is seen in other places, would ease the stress of travelling outside the country to buy fertilisers or having to import them, as it is used to blend to soil and crop, and called on the management to increase the capacity from the onset in order to meet the demand.

Gov Emmanuel sued for capacity development among the students community, saying “If we develop capacity, we will still be relying on people from America to come and run technologies like this, and we will still be cheated. Anything we are doing is to build capacity so that our people can be able to work and also create opportunities and jobs for others.”

The immediate past Governor of the state and Senate Minority Leader, Sen. Godswill Akpabio, who cut the tape to throw open the factory for use, congratulated the Governor for keeping to his campaign promises to turn the state into an industrial hub of the nation. 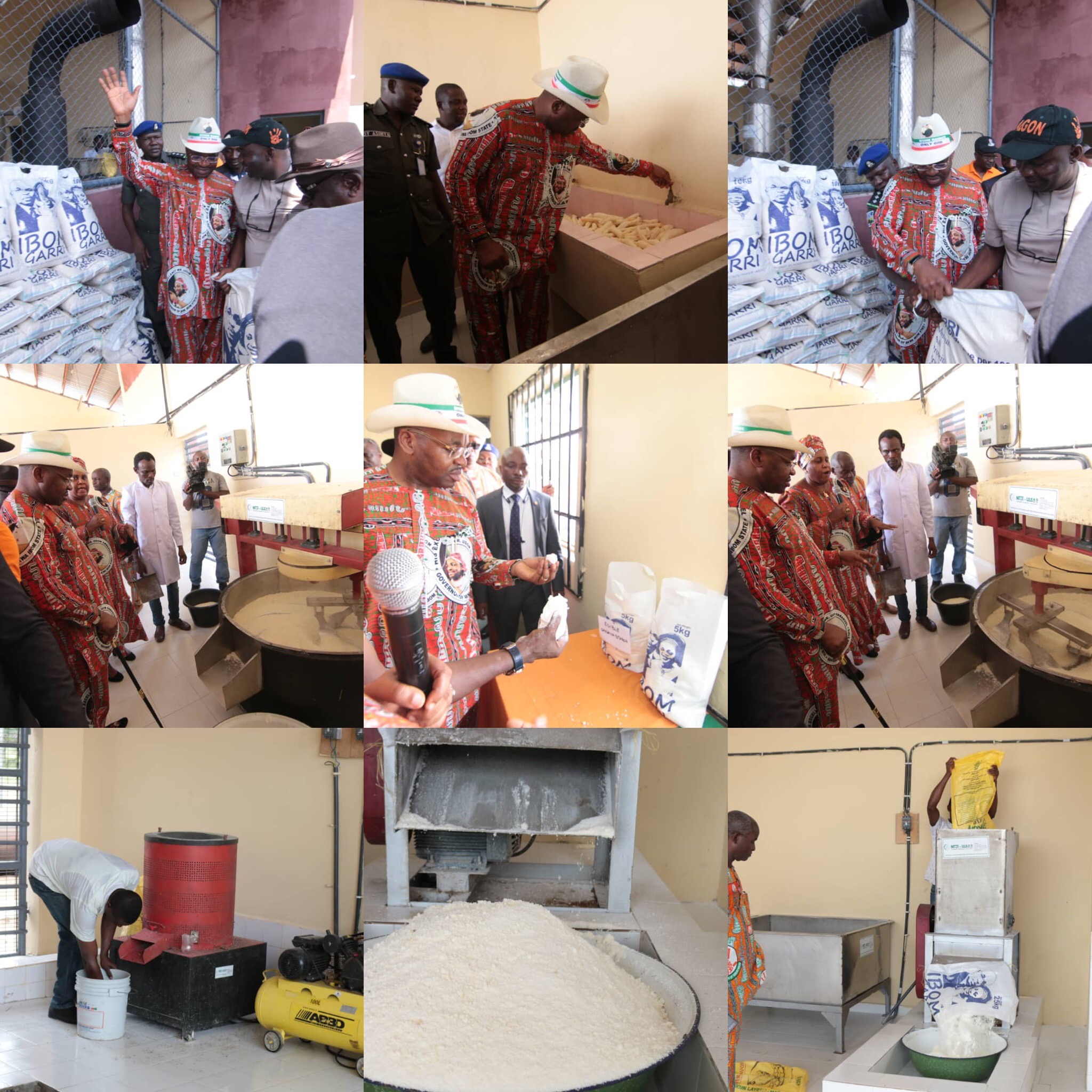 He explained that the place used to employ a lot of Akwa Ibom people under the old palm oil, where people came to take the palm oil feeds to grow in Malaysia which later became the highest producer of palm oil in the world.

Sen. Akpabio disclosed that the place was abandoned for years and he was afraid that it would be turned to a den for criminals, but for the ingenuity and creative thinking of the Governor, the place has been turned to an employment creation centre.

“The multiplier effect of the Fertiliser Blending Plant is the creation of jobs not just for Abak, Ikot Ekpene Senatorial District or Akwa Ibom State, but also for Nigeria. Through this, a lot of food will be produced for our people.

“When we are talking about election, you can’t put something on nothing and expect it to stand. Election must stand on something. Udom’s election is standing on industrialisation and performance.”

Earlier, the Managing Director of GreenWell Technologies, Mr Jonny Udoh, commended the state government for the support given to execute the project, and particularly thanked Gov Emmanuel for providing enabling environment for the company to operate upon which he said led to the successful execution of the project.

He disclosed that when the project was initiated, exchange rate was $1 to N50, but at the time the letter of credit was issued, it had sky-rocked to N365 per dollar. “With the wind of Dakkada philosophy and strength of Akwa Ibom people, we were able to manage and execute the project successfully. In due causes, we will announce additional investment in the state.

Mr Udoh further stated that the occasion signified the commitment of the company to commence quality products, adding that it was significant to the local, state and national farmers as the long-awaited high quality fertiliser has arrived, and that farmers are assured and quality guaranteed.

He said that the factory, which is a Public Private Partnership (PPP) project between Akwa Ibom State Government and GreenWell Technologies, has a production capacity of over 400,000 metric tons a year.

The Traditional Ruler of Abak Local Government Area, speaking through his representative, Chief Saviour Sylvester Udofia, on behalf of the traditional institution, said that it was a great thing of joy particularly for Abak and Akwa Ibom State because such industry has never been in the history of the state, and announced the resolve of all the Chiefs in Abak to support the second term bid of the Governor come 2019.

Similarly, a 5-metric ton Cassava Processing factory was also commissioned in Ikot Ekang, Abak LGA by the Governor accompanied by the immediate past governor of Benue State, Dr Gabriel Suswam. 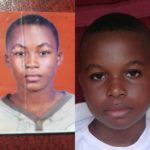