The state Governor, Mr. Udom Emmanuel, in his address, congratulated the good people of Akwa Ibom State for recording the feat of historic proportions, and assured that the airline will open the state to endless opportunities.

He described the occasion as a watershed moment for people of the state, noting that never in the history of this nation or indeed anywhere else in Africa, has a State Government gone into airline operations.

Governor Emmanuel who was ably represented by his Deputy, Moses Ekpo, maintained that the launch of the maiden flight by Ibom Air is a testament to the vision of rapid industrialization based on the three gateways – Land, Sea and Air that he has been emphasizing.

“The massive and interlocking network of roads – over 1,700km either already commissioned or currently ongoing, the Ibom Deep Seaport project also currently ongoing and now, the launch of Ibom Air commercial airline operations will open our State to endless opportunities, as there would influx of investors into the State, given the ease of traveling the launch of this airline will engender, the peace currently enjoyed and the hospitality of our people.”

The Governor commended the immediate past Commissioner for Special Duties and Aviation Development, Mr. Akan Okon, and the entire Staff and Management of Ibom Air ably led by Captain Mfon Udom, for the painstaking and professional manner they went about securing all the certifications for the commencement of the operations.

Governor Emmanuel used the opportunity to appeal to some people in the opposition, that it is not everything about the state that should be coloured by, or be seen through the prism of politics, urging them to learn to separate development from politics, adding “Ibom Air is a huge achievement for us all. When we board these aircrafts to either Lagos or Abuja and back to Uyo, the Cabin Crew will not ask you whether you are a PDP or APC card carrying member, rather you will be greeted and be told “welcome on board” as a proud son or daughter of Akwa Ibom State.

“Sponsoring articles in the newspapers aimed at dismissing the great works we have done such as this, or telling the world that Ibom Air will never become a reality, is highly unfortunate and sad.”

Moses Ekpo however thanked the good people of Akwa Ibom state for their resilience, faith and trust in the leadership of Governor Udom Emmanuel to achieve the feat, saying that the government of Udom Emmanuel has not only earmarked but has also ‘eyemarked’ because people don’t only hear or hope, but can also see with their eyes.

Chairman, Ibom Airport Development Authority, Air Commodore, Otuekong Idongesit Nkanga, in his remarks, stated that Akwa Ibom State has taken a step of faith, sending an airline into the air, and will never look back.

According to him, what oil is to Nigeria is what the aviation is to Ethiopia. Therefore, for improving and increasing the Gross Domestic Products (GDP) of Ethiopia, Ibom Airlines must increase the GDP of Akwa Ibom State.

The immediate past Commissioner for Special Duties and Aviation Development, Mr. Akan Okon, assured that Ibom Air is out to create a nitch for itself and to solve the many aviation problems in Nigeria by ensuring quality services delivery.

He said that airline would operate in line with the Code of Cooperate Governance which governs the activities of airlines in the country.

On his part, the Special Adviser to the Governor on Political/Legislative Affairs and Water Resources, Barr. Ekong Sampson described Ibom Air as Africa’s milestone and expressed satisfaction that the state can actualize the vision to drive Nigeria’s economy, adding that Ibom Air represents a watershed not just for Akwa Ibom State but Nigeria at large and Africa by extension. 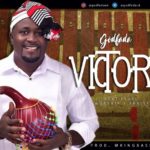 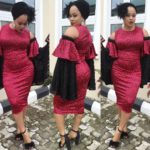