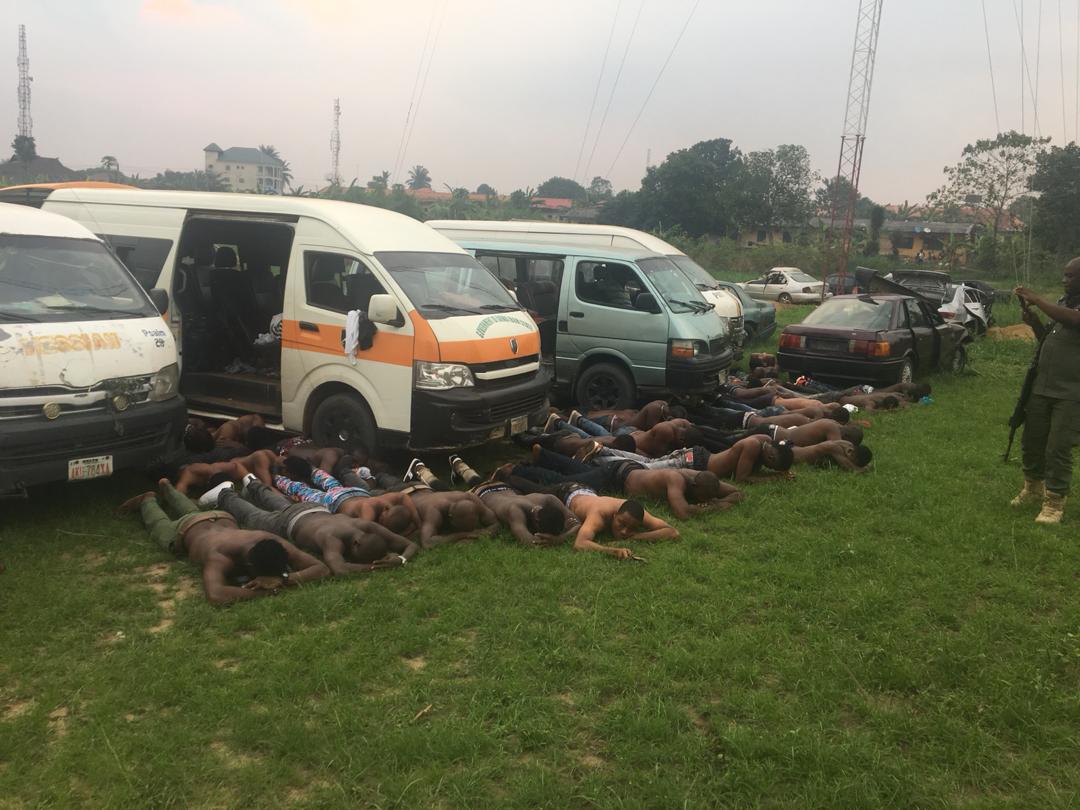 The recent alarming rate of desperate moves to import thugs and hoodlums into Akwa Ibom state has become very worrisome.

We have noticed that in the last 24hours there has been an increase in the influx of strangers in huge numbers into our state allegedly to do the biddings of the desperate politicians in the ALL PROGRESSIVES CONGRESS(APC). Even though this, among other nefarious activities, were expected judging from how the APC was roundly defeated and beaten black and blue in the last round of elections in the state, however it still leaves much to be desired, that a group of responsible people who had once held sway in leadership positions in our state could result to this infantile and mechantile approach towards grabbing power at all cost.

Suffice it to say that politics is not a do or die affair, we want to advise members of the state opposition party to understand that power belongs to God and he gives it to whoever he pleases.

We have it on good authority that earlier on Tuesday afternoon, several buses of political thugs which were intercepted by security agents in Obot Akara, as well as those arrested in a popular hotel along Udo Udoma Avenue in Uyo the state capital, were brought in by top APC leaders with the sole aim of exterminating senior PDP officials and supporters of Governor Udom Emmanuel.

Is it not shameful that this is being executed less than 24 hours after the Vice President Yemi Osinbajo and the National Chairman of the APC Adam Oshiomhole stood in Uyo to announce that APC must capture Akwa Ibom State at all cost on Saturday? We are aware that the resort to importing these political thugs from Edo state through the connivance of Adam Oshiomhole and Mr Nsima Ekere, stems from the fact that Edo state is not taking part in the gubernatorial election, and as such ‘the boys’ are available.

To this end, we want to join our voices to  condemn in very strong terms the importation of militants, thugs and blood thirsty rogues into this state with the aim of causing mayhem and bloodbath in our otherwise very peaceful state.

However let us sound a note of warning to the APC that the biblical axiom  “he who lives by the sword dies by the sword” is still very much in force and is complemented by another scriptural parlance that, “evil shall befall evil doers.” We therefore want to advise the APC to desist forth-with from this crude approach towards force and other inordinate quest for power .

We call on the security agents in the state,to ensure that appropriate meticulous investigations are conducted, and all those involved in this conspiracy against the people of our dear state, are appropriately brought to book openly, no matter whose ox is gored.

We hereby call on all Akwa Ibom people to be vigilant and to report suspectious movements of people or unknown persons in their localities to the nearest police station. The duty of keeping Akwa Ibom safe is a collective responsibility of all, we must not allow the selfish inordinate ambition of a few people  to come and destabilize the peace we have enjoyed in Akwa Ibom in the last 3 and half years of Governor Udom Emmanuel’s leadership

Finally ,we call on Akwa Ibom people not to be intimidated or cowed by all the threats and desperate measures of these self- seeking politicians; everyone should go about their normal responsibilities and duties and on Saturday, ONLY GOD will prevail as his wish for Akwa Ibom people shall not be defeated.