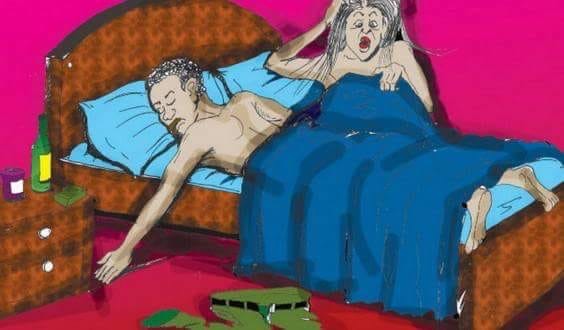 A Superintendent of Police last weekend died on top of his lover, while having sex with her in his office at the Police College Ikeja in Lagos State.

The lover, a single mother of two, who had since been detained by detectives from Ikeja Police Station, denied having anything to do with his death.

According to her, the SP, simply identified as Sunday, was fond of taking sex enhancement drugs whenever they wanted to have sex.

She reportedly said: “He always used to have sex with me in his office.

“He had already gone once, but as usual, he was not satisfied.

“In fact, I told him on that day that the drugs he used to take anytime we want to have sex is not too good for my body.

“I didn’t like it because I was the person that used to bear the brunt of it.

“He would be pounding into me for a very long time and because of the drug.

“He usually takes long to come.

“On that fateful day, after he went first on the round, he refused to allow me to dress.

“He started playing with me until his manhood became turgid again.

“He then started pounding into me again.”

The woman, who is a petty trader, said that at a point, Sunday began to act funny.

He rolled off her, rolled off the couch in his office, where they were having sex, to the ground and started jerking.

The scared woman repeatedly called out his name, but did not respond and continued jerking.

When she noticed that his tongue was beginning to protrude and foams emitting from his mouth, she unlocked the office, ran out and started screaming, unmindful that her brassieres was dangling.

Eyewitnesses said that by the time help came, Sunday was dead.

He was found stark naked with his hurriedly removed shirt and trouser still on his office table.

The Eagle Online gathered that Sunday, married, was recently promoted to SP and would be retiring next month.

Some of his subordinates alleged that he was fond of having sex in his office with different women.

He was also accused of being fond of compelling female recruits to have sex with him in his office.

When his wife was alerted, she rushed down to Ikeja Police College, where Sunday served.

She broke down in tears and accused the Nigerian Police Force of finally succeeding in killing her husband.

She was immediately given a rough sketch of what transpired.

Before his death, Sunday was the Officer-in-Charge of the Works Department, Police College Ikeja.

The remains of the officer had been deposited at Ikeja General Hospital. 😢
Copied
Me:what a shameful way to die… 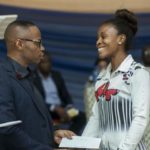