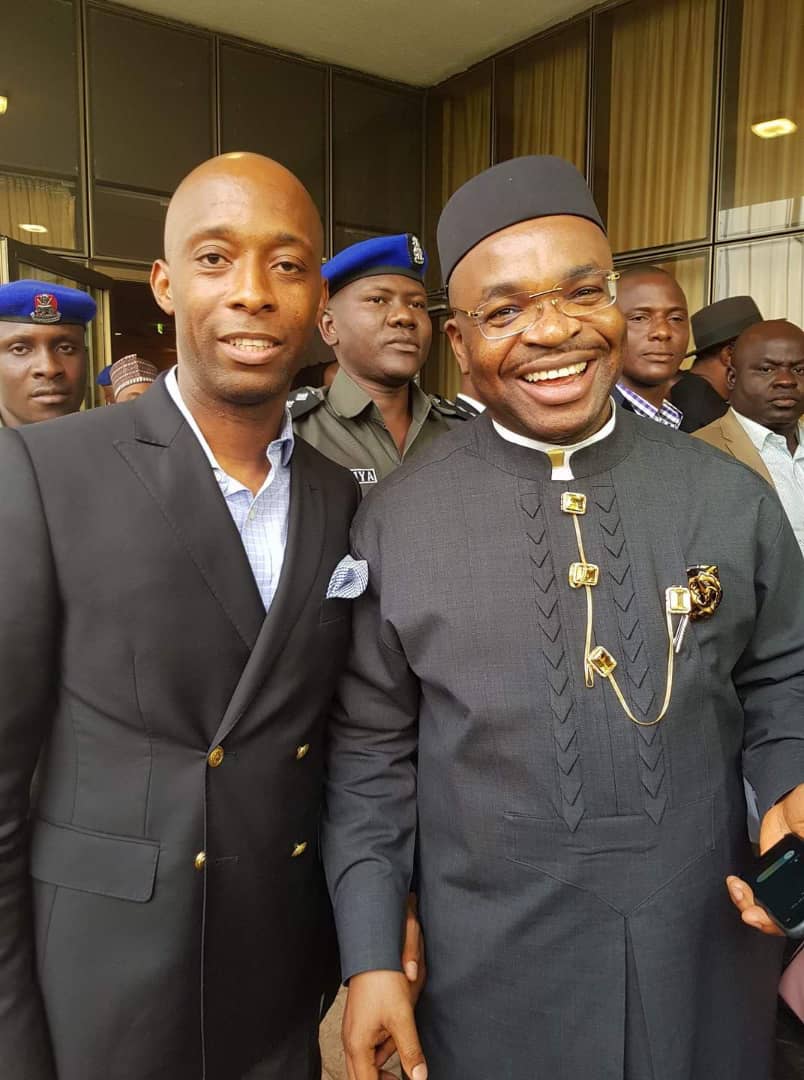 I had made a vow not to write any long piece anytime soon. But I can’t resist writing on Rt Hon Barr Onofiok Akpan Luke. I just can’t.

We are witnesses to his rise, no visible shortcuts to his status in national and state ethos. He is our rare and awesome phenom in the socio-political skies.

Onofiok Luke’s rich and inspiring pedigree, a life of significant milestones, can be encapsulated in a few words- A father to many; a political icon; an exemplary administrator; a youth leader; an accomplished lawyer; a worthy lawmaker and above all, an unrepentant patriot.

As a leader of his generation, his exemplary trail in Akwa Ibom State is unparalleled. As a patriot, his voice of reason resounds with the force of substance. Onofiok’s myth is enshrouded in his consistency and power to reinvent himself time after time – like the mythical firebird, the Phoenix, which burns itself in a nest of cinnamon twigs at the end of life cycle but springs forth from same tepid ashes of time as a new and inspired Phoenix.

Onofiok’s life has shown that whatever a man sets his eyes on , so shall he achieve. He came into spolight as a student leader and shone brightly on his generation, a light that has never gone dim. Nigeria felt the warmth of his leadership flame as Speaker of the Nigerian Youth Parliament. And the people of Nsit Ubium State Constituency have been privileded to own and possess this rare gem as their representative. Akwa Ibom State gave him a chance to be speaker and now, the people of Etinan Federal Constituency will have him for keeps for the next four years. His kind come once in a lifetime.

As we celebrate him, we must note that Barr Luke is out to fulfill his mission and to make a
bold and challenging generational statement. From the cradle of Nsit Ubium comes this vivacious, united and spirited mouth piece for the oppressed people in the society; farmers, traders, artisans, academia, market women and youths to champion their struggle and give them a voice to rely on.

Although the Nigeria political terrain is full of mischief, malice and falsehood, the character of Barr Luke has assured that honest, dependable and trustworthy personalities who are deeply rooted in grassroots politics, human justice, and integrity exist.

Rt Hon Luke has made his representation a platform for the people to find justice in the most peaceful and civilized manner; a non-violent but progressive movement bringing succor to the subjugated populace, fighting for the their infringed rights and bringing justice to the people who hitherto cannot find justice anywhere. Representing them and bringing the goodies of democracy down to the grassroots.

His recent victory is an eloquent testimony of his acceptability as a big political brand and the face of an emerging generation in leadership. Across all classes and ages, the name Onofiok Luke resonates as a model to be reckoned; deep in intellect, vocal in articulation, firm in principles, fiery in advocacy, courageous even in the face of opposition and intimidation. His generous disposition speaks volumes just as his public relations skills is legendary.

Luke has grown over the last decades in leaps and bounds. He has added several badges to his shirts and feathers to his caps. He is one of such young leaders who have deliberately oiled the wheels of intellectual development and expansion while also making bold strides in the slippery and unpredictable terrain of politics.

Most importantly, Barr Onofiok Luke has grown with the growth of politics in the state and country. He has perfected his understanding of the hallowed principles of loyalty and service in politics. As a human, he is not configured naturally to be immune to mistakes, but the man Onofiok Luke has always learnt from his past actions while charting a fresh course of action for the future.

Onofiok Luke is an exceptional gift to the state. His valuable weapon towards target objectives is the functionality of his intellectual power. While his intellectual station proffers a sense of social
responsibility, his gut to try the extraordinary underpins his impulse as a crusader for change -A deeply humble young man who covers it all with the force of a brainwave that’s capable of the unexpected.

Onofiok is naturally loved and admired by people; a democrat and pivot of mass mobilization; a man who achieves greatness through
sheer determination; a good listener; a man that remains unruffled even at the height of unwarranted intimidation and provocation; a man with critical thinking skills. This is how to be a lawyer, a legislator, a leader and a legend.

As he marks his 41st birthday, I celebrate him greatly. He reminds me of hope. A hope for a generation direly in need of inspiration. The skies are his marks from where he’ll run the race of life to the end, touching and inspiring lives.

I will end with the words of scripture – ‘I will satisfy him with a long life and show him
my salvation, ‘ (Psalm 91:16).” Happy Birthday, my MP!