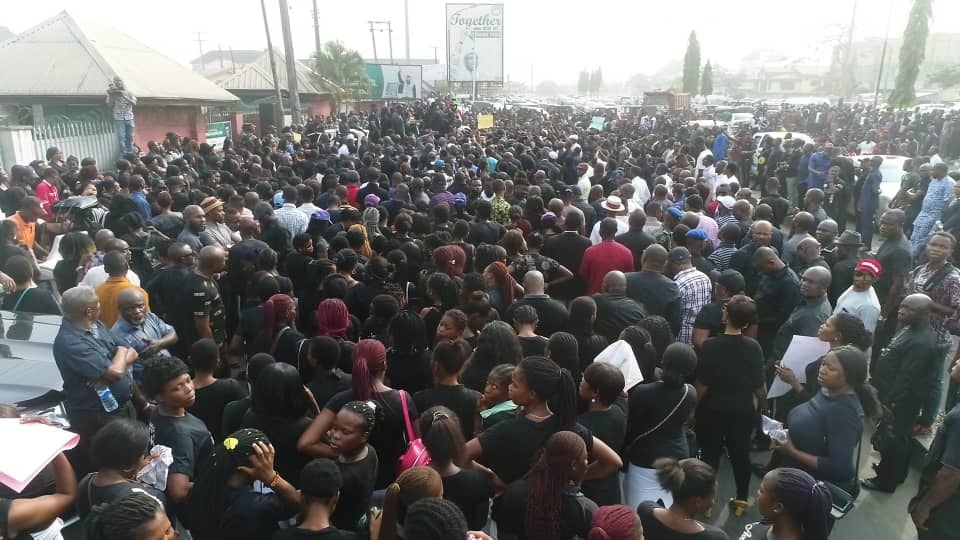 On January 14, 2019, the Supreme Court sitting in Abuja ruled on the Governorship election of Imo State, where Hope Uzodima of the APC, who came fourth in the Gubernatorial election of March 9, 2019 was declared winner of the election against the candidate of the PDP, Chief Emeka Ihedioha, who was declared winner by INEC and was accordingly sworn in as Governor of the State on May 29, 2019.

Against all known judiciary precedent, Ihedioha who won at the Tribunal and Court of Appeal was stripped of the mandate which was given to him by the people of Imo State at the elections.

The National exco of the PDP and the PDP across all States in Nigeria today embarked on a nation wide protest against the tyrannical and strange judgement of the Supreme Court on Imo State.

The National Legal Adviser of the PDP, Barrister Emmanuel Enoidem said the judgement of the Supreme Court is not known to law and lacks legal precedence, Enoidem said all institutions in Nigeria have been compromised and the judgement of Imo State is as a result of the tyrannical system of government ran by General Muhammadu Buhari (Rtd). He stressed that the removal of the former Chief Justice of Nigeria, Chief Justice Onoghen was a preparation by the Buhari led administration to penetrate the judiciary.

“On behalf of the body of PDP at the National, I stand here to say that Nigeria and Akwa Ibom State is mourning. We handed over power to the APC in 2015 in compliance with democratic best practice and since that day, Nigeria moved into anarchy under the leadership of Buhari” Enoidem said.

He reminded that “In November 2019, Atiku Abubakar and the PDP lost a petition because the Supreme Court said the PDP had not brought enough witnesses to prove their case, but turned around to uphold the election of Uzodima when there were no unit witnesses? Was it only Uzodima that had the whole votes in those polling units they added for him? What were the votes of the PDP and other parties in those polling units? These questions need answers so we know where we are going as a country. The declaration of Uzodima has no legal standing”

The Deputy Speaker of the Akwa Ibom State House of Assembly, Rt. Hon. Princess Felicia Bassey who spoke on behalf of the State legislators, condemned in very strong terms the Judgement of the Supreme court and further stated that this is a clear rape on our democracy.

The Chairman of ALGON, Mr Frank Archibong who spoke for Chairmen of Local Government Councils said the dastardly act carried out in Imo State is illegal in a democratic dispensation and condemned the act in totality.

The Youth Leader of the Party, Enobong Harry who spoke on behalf of the youths queued behind other speakers in criticizing the supreme court’s judgement in Imo State.

The Chairman of all PDP Chapter Chairmen in Akwa Ibom, Hon. Eddy Etangnkanga who spoke for all Chapter Chairmen blasted the supreme court for such a biased decision adding that it was a plot to hijack our democracy.

Speakers after speakers condemned the judgement of the Supreme Court on Imo State, that it is a threat to democracy and emphasized that going forward, such history should not be repeated. 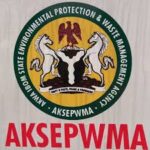