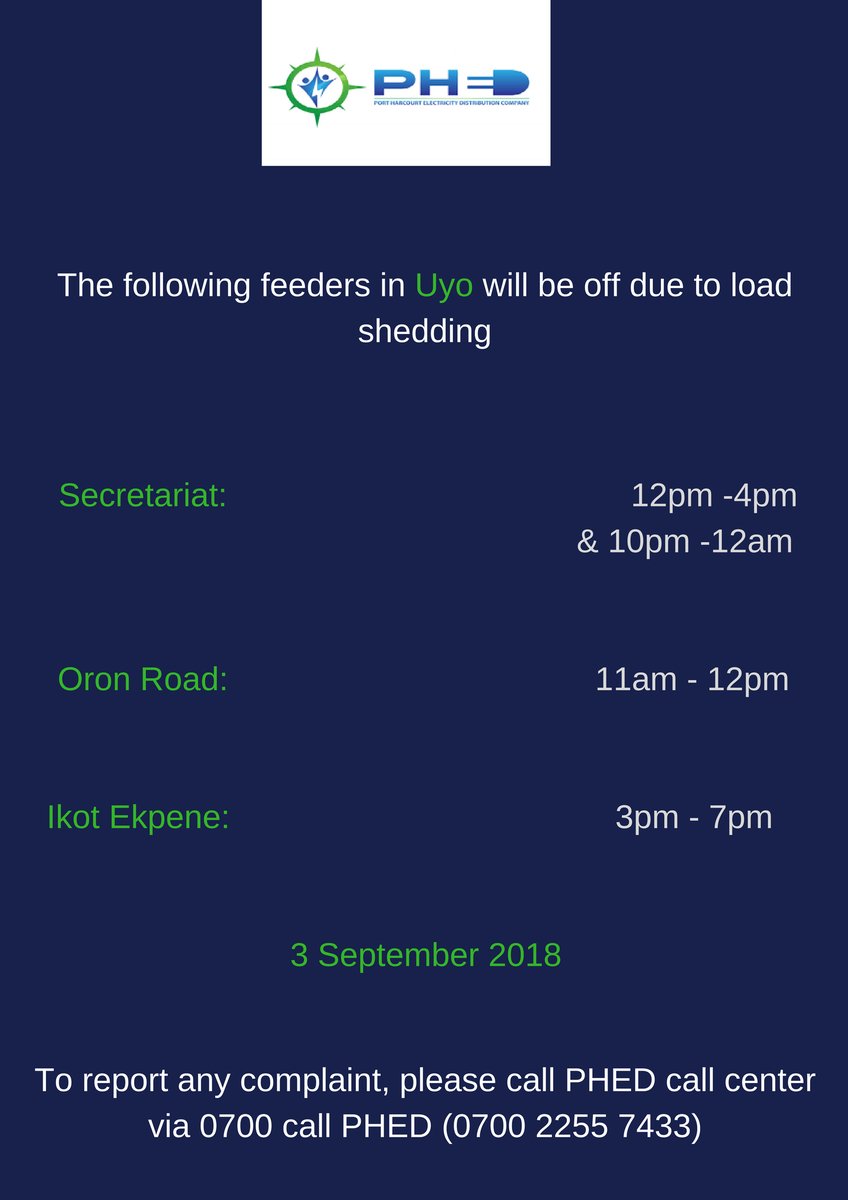 News
admin
September 3, 2018
The Port Harcourt Electricity Distribution Company (PHED), a private electric distributor that provides power for a total of 14 million people in 4 states of Nigeria including Rivers, Bayelsa, Cross River and Akwa Ibom, has announced that some feeders in Uyo, Akwa Ibom State capital, will be off  due to LOAD SHEDDING, according to information made available on their twitter handle @OfficialPHED .
The affected areas are listed below:
Secretariat:  12pm- 4pm and 10pm- 12Am
Oron road: 11am-12pm
Ikot Ekpene road: 3p-7pm 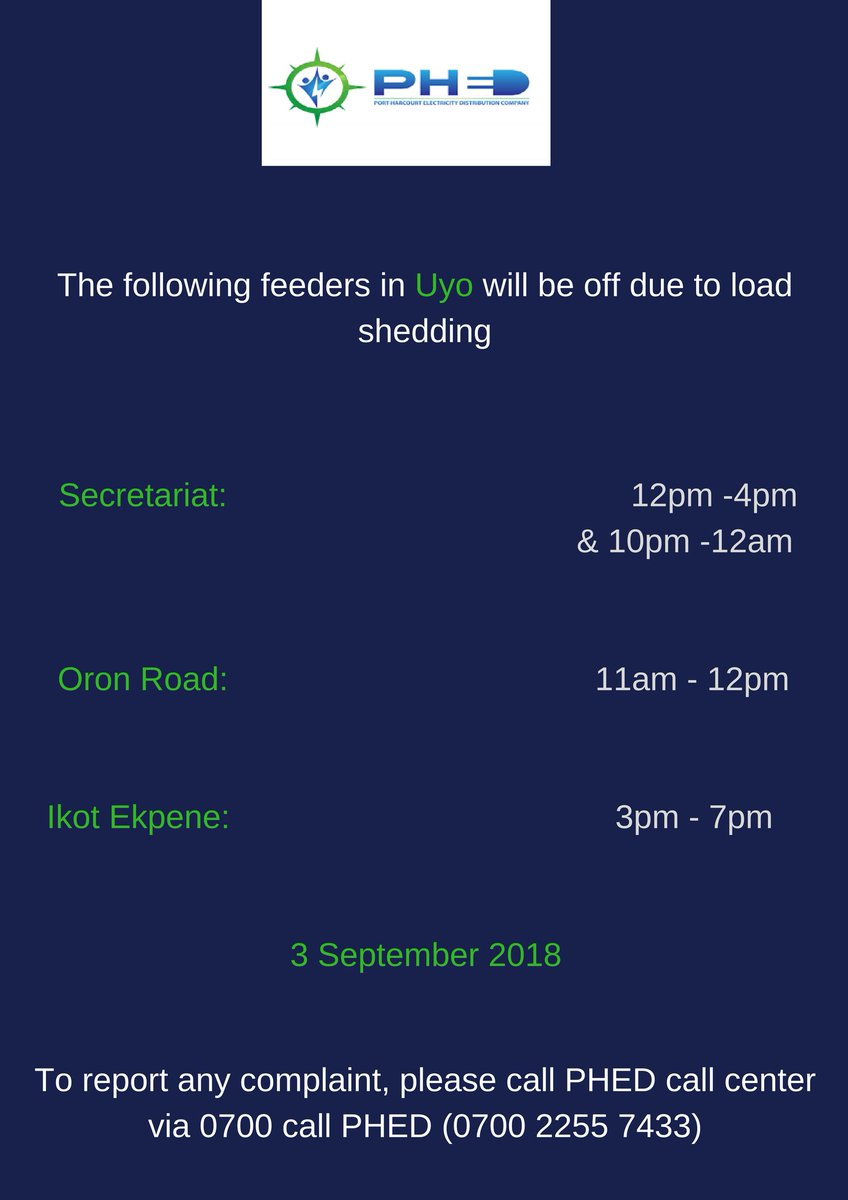 The following Feeders in Uyo will be off at these times due to LOAD SHEDDING.

We apologize for the inconvenience this may cause. pic.twitter.com/Hmi3ZhyhUv