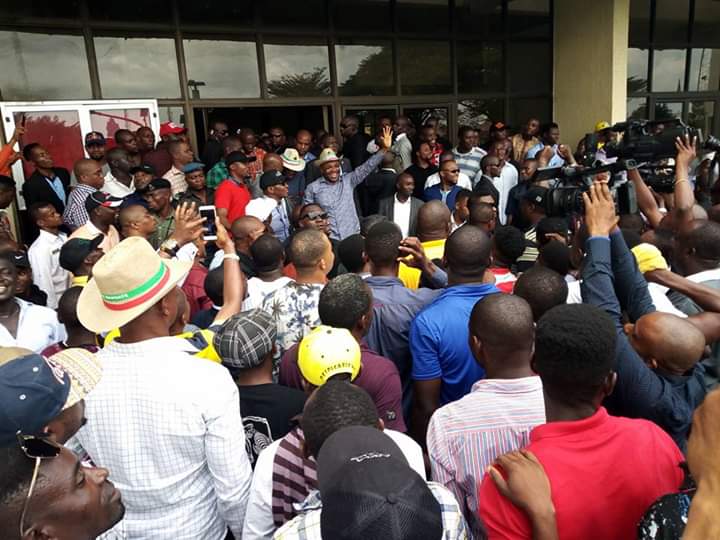 The Akwa Ibom State House of Assembly was invaded in the early hours of today by thugs of APC dressed in military uniforms and under the protection of the police on the orders of the Akwa Ibom State Police Commissioner.

Normalcy was restored however by the timely visit of the Akwa Ibom State Governor Mr Udom Emmanuel. The visit of Governor to the House of Assembly was clearly in line with his position as the chief security officer of the state. The Governor has a moral and constitutional responsibility to legally protect lives and properties in the state.

It is pertinent to note that 13 APC thugs dressed in military uniforms and armed with AK47 rifles were apprehended by law abiding citizens and handed over to the police. However, it defies logic that these hoodlums were set free without due process of investigations by the OC Quick Response in Akwa Ibom state Superintendent Adulkareem Suleiman.

The driver of the vehicle that conveyed the thugs dressed in military uniforms; Innocent Edet Udoh, and the gang leader; Nsikak Monday Stephen who is also the youth leader of nung Udoe Itak are still in custody. They have made useful confessional statements. The driver; has confirmed to law enforcement agents that they were hired by Victor Udofia, the immediate former State House of Assembly member representing Ikono state constituency.

Recall that a few days ago, a section of the parameter fence of the Assembly complex was pulled down in the dead of the night by people suspected to be APC thugs as a prelude to facilitating the invasion.

His Excellency, The Governor of Akwa Ibom State, Mr. Udom Emmanuel; this evening , addressed a press conference on this subject. 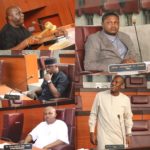