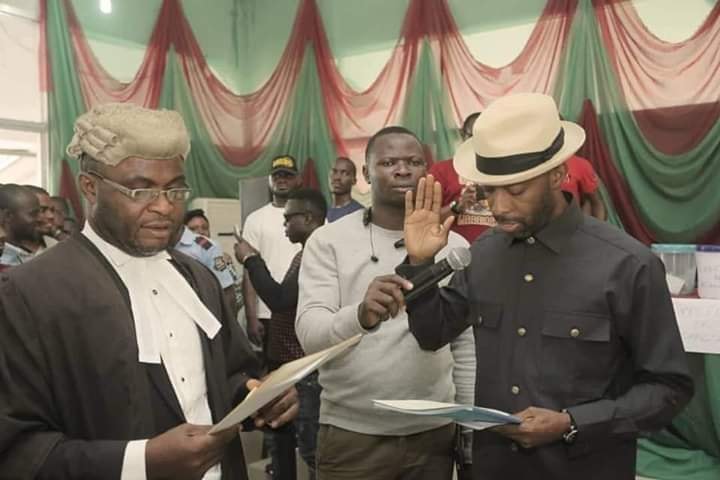 A new National Executive Committee that will pilot the affairs of the University of Uyo Alumni Association for the next four years has been elected and sworn in.

The New Exco as sworn in has Barr Onofiok Luke as National President.

Others also elected and sworn in to serve in the Executive Committee include Mfon Essien who will serve as the Assistant Secretary, Comrade Ini Ememobong as National Publicity Secretary, Sammygreg Effiong as Treasurer, Ekong Eshiet as Internal Auditor, While Uduak Akai is the new Director of Organisation.

Delivering his acceptance speech shortly after being sworn in,the new National President, Barr Onofiok Luke said the new administration will be run on the core visions of inclusion, growth,reconciliation and expansion. In his words,”this is not an Executive Committee that will leave anyone behind. This is because all we hope to achieve will need the robust support of every Exco and member of this Association. It is heartwarming to see even those who purchased the nomination forms to contest but not cleared to contest already closing ranks with us as we begin this journey to building an inclusive Alumni Association. This sacrifice and peaceful disposition is appreciated and acknowledged.” Luke stressed.

The election which produced the new Executive Committee drew old students of the University of Uyo across Nigeria.