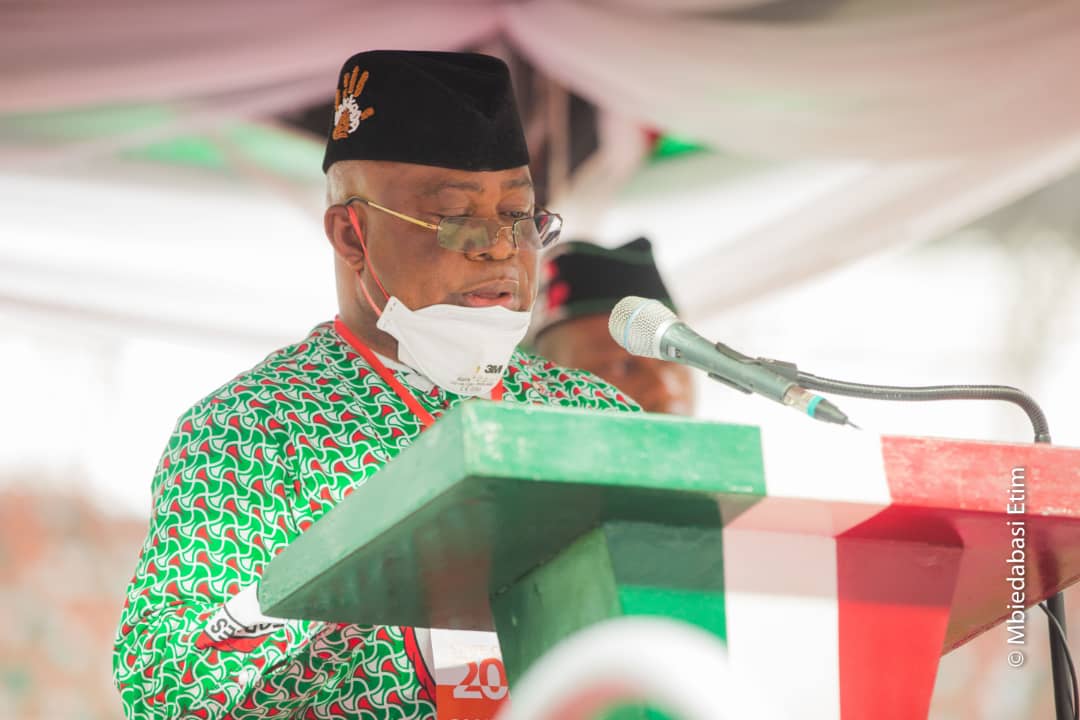 …Promises to lead an administration with a “human face”

Obong Udo Ekpenyong has been elected as the new state chairman of the Peoples Democratic Party, PDP, Akwa Ibom State Chapter with 3,840 votes at the just concluded PDP state congress. Obong Ekpenyong, who is the immediate past Commissioner for Local Government and Chieftaincy Affairs, will be succeeding Obong Paul Ekpo.

The PDP congress, which was adjudged peaceful and transparent by both national officials of the party and INEC delegates, held at the Godswill Akpabio International Stadium and over 3,845 accredited delegates from the 31 local government chapters of the party.

In his acceptance speech, Mr. Ekpenyong noted that his election is a clarion call on himself and the newly elected state Exco to take the party to an enviable height through a sustained partnership with all stakeholders of the party, promising to lead an all-inclusive party.

“Going forward, and speaking for myself, my sole objective on this arduous task of leading our party is to promote everything PDP in the state and nationally; through political inclusion, wide consultations, sustained dialogue, and enduring partnerships.

“On my honour, I shall give our Party the human face that makes it the power of the people. Let me reaffirm the need for loyalty to our Party. Under our watch, special emphasis will be placed on this fundamental political virtue”.

Mr. Ekpenyong appreciated the state leader of the party and governor, His Excellency Udom Emmanuel for his benevolence and support, assuring that under his leadership, the party will continue to provide a strong support for the government.

Governor Udom Emmanuel, while addressing the Congress, congratulated the outgone Paul Ekpo led administration for bringing the party this far, noting that the PDP in Akwa Ibom is a model of party politics is the country. The governor also congratulated Mr. Udo Ekpenyong and the newly elected Exco on their deserving elevation.

He advised members of the newly elected Executive Committee of the PDP in Akwa Ibom State to make good the trust reposed on them through the election by remaining faithful to the party at all times.

©️OFFICE OF THE PUBLICITY SECRETARY ELECT.