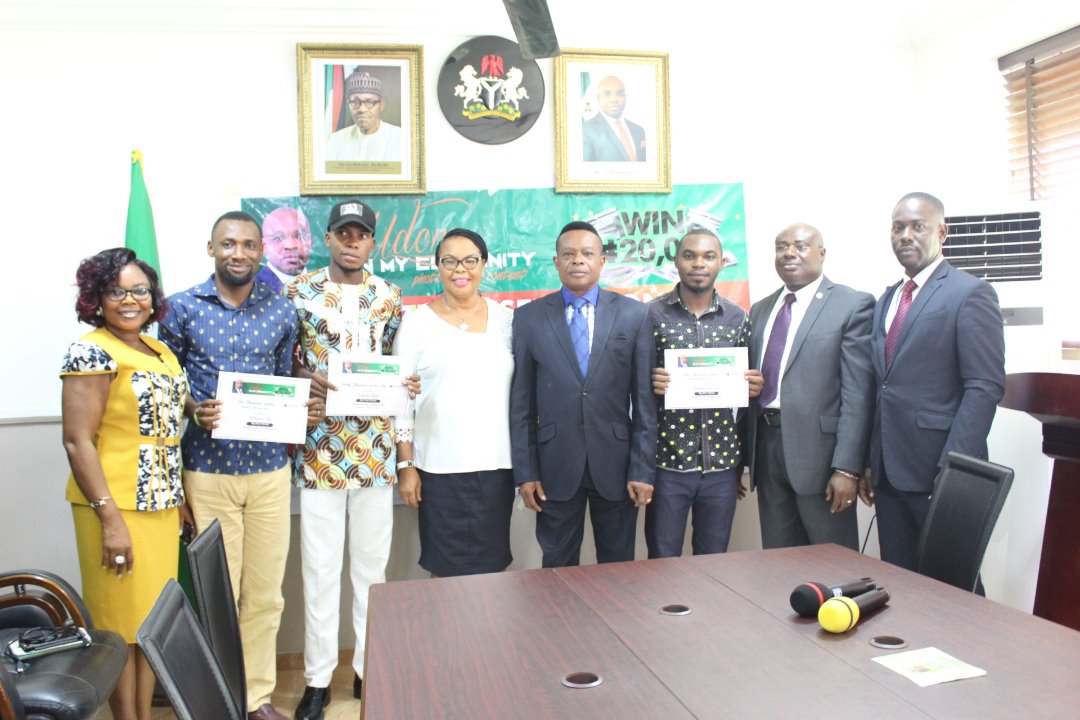 Udom in my Community Photo/Video campaign is gaining wider acceptance by youths across the state and even beyond borders.

Charles Udoh said, the wider acceptance of the programme is eloquently attested to by the new faces and crop of youths coming on board the programme with each passing edition especially with the numerous Youth Corps members currently participating in the contest.

Represented by the Dean of Directors of the Ministry of the Information and Strategy and Director, Technical Services, the Information Boss said, more people are taking interest in the programme because it is run in a free and fair atmosphere without political or ethnic biases adding that all members of the public are encouraged to come on board the programme.

He said with the programme penetrating the nooks and cranny of the state and the active participation of Youth Corps members serving in the state in the Udom in my Community campaign, this translated into wider publicity and awareness for the landmark achievements of Governor Udom Emmanuel-led administration.

Udoh, congratulated winners in the 5th edition of the Photo/Video contest and urged them to keep alive their interest in the programme to ward-off idleness but be positively engaged in photography and video recording which can earn them a means of livelihood in future.

Earlier, the coordinator of the Udom in my Community Photo/Video Contest and acting Director of Strategy, Mrs. Grace Akpan expressed appreciation to the initiator of the campaign, the Commissioner for Information and Strategy, Charles Udoh for sustaining the programme for the mutual benefit of both the government and the governed.
The programme according to the Director of Strategy, has beamed search light on the projects executed by the present administration as exhibited by the photo/video entries as well as create meaningful opportunities for youths who do not only find pleasure in the photo/video exploration but also in the cash prizes they win from the contest.

She invited members of the public to send their entries for the 6th edition of Udom in my Community Photo/Video contest which is ongoing and gave the Udomcares Citizen Centre phone number as 09076173782 and email address as citizen@akwaibomstate.gov.ng.

Odudu Ekan, a graduate of College of Education Afaha Nsit emerged Star winner in the 5th edition of the programme and went home with a Star Cash Prize of N20,000.

The event was witnessed by Directors in the Ministry including Director of Administration, Elder Mrs. Tiuba Nduonofit, Director of Public Relations, Mr. Sunday Antai, Director of Archives, Elder Joseph Etem and Head of Planning Research and Statistics, Mr. Peter Antai, among others.

CAMPAIGN Udom in my Community