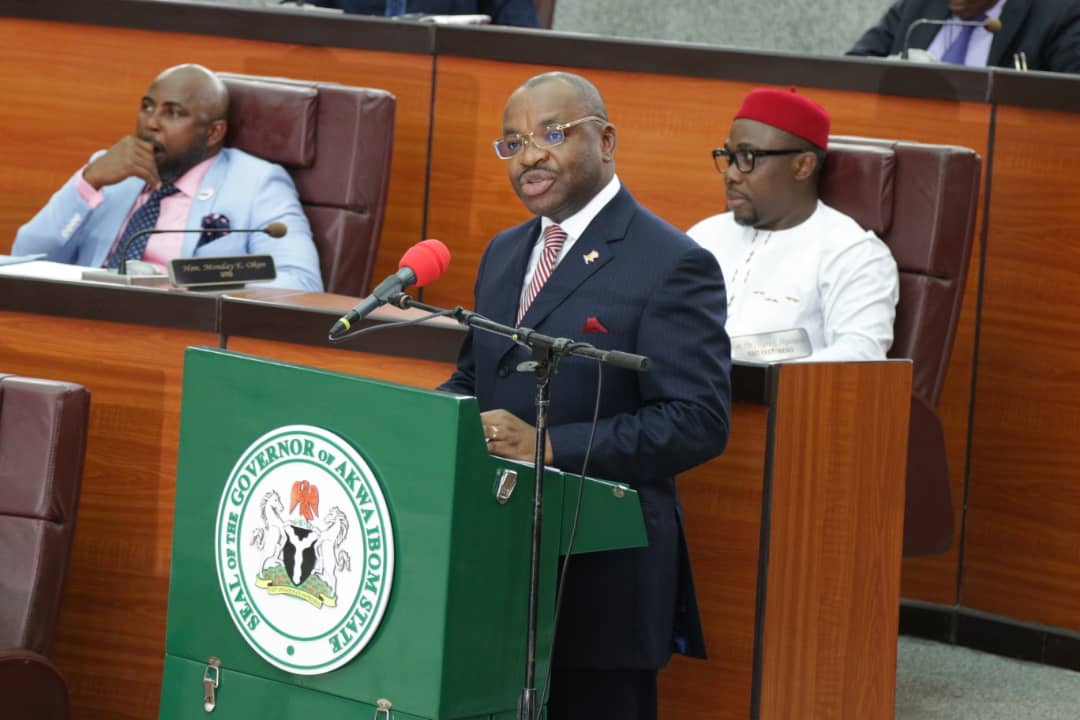 In a bid to incorporate more members of the Peoples’ Democratic Party (PDP) and professionals into his cabinet, Governor Udom Emmanuel of Akwa Ibom State, Tuesday, sent four (4) names of Commissioner and Special Adviser-nominees to the state House of Assembly for approval.

Rumours made the rounds over the weekend about the planned reshuffle. The TOWN CRIER learnt from Government House sources that the rumour had since caused apprehension among cabinet members as they were reportedly rattled knowing that their jobs might be threatened if eventually effected.

The Speaker, Rt Hon Aniekan Bassey, who presided over Tuesday’s plenary read the names of the nominees on the floor to all the members.

He however, referred the Governor’s Message to the House Committee on Judiciary, Justice, Public Petitions and Human Rights for further legislative actions.

Written by Henshaw Nyong in Uyo