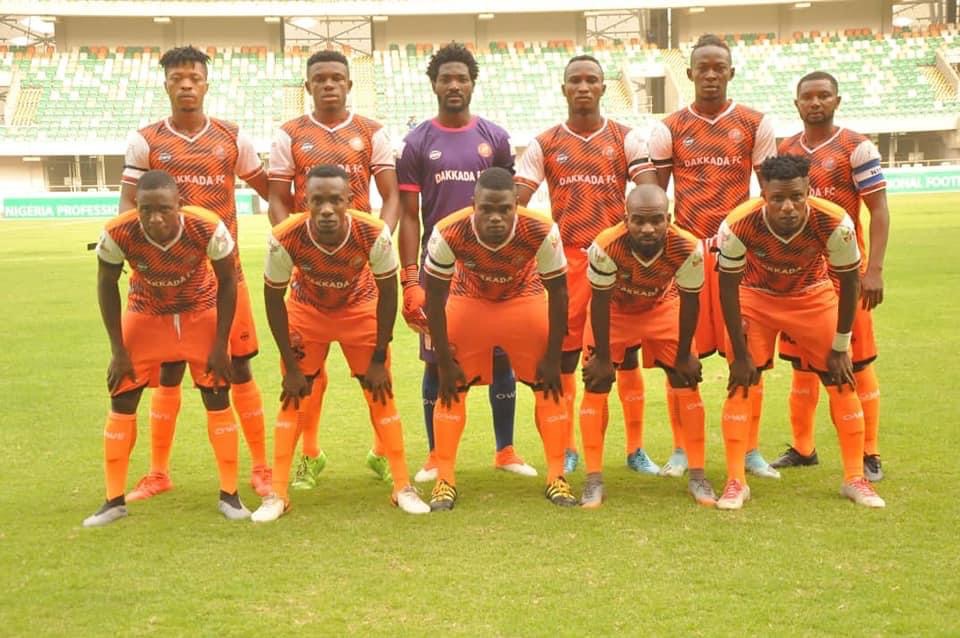 The visitors who set the pace in the first half scored in the first 24th minute of the match through Mohammed Abubakar.

The match took a different direction in added time in the first half as Aniekan Ekpe scored from a free kick to level the scores.

In the second half, Dakkada FC were rewarded for their efforts with Solomon Chigozie heading in from Aniekan Ekpe’s cross to put the hosts in the lead

Philip Archibong missed a chance to extend the host’s lead from 5 yards, skewing his shot wide.

Fielding questions from journalists, the technical adviser of Jigawa Golden Stars, coach Gilbert Okpana said the league is still young and they have observed their costly mistakes they hope to do better in subsequent games.

While head coach of Dakkada FC, Umar Danlami makes it straight that the league just begins and they can’t launch celebration in two matches .

That the first goal from Jigawa Golden Stars was lost of concentration from the players, saying .. ” football is all about mistakes and corrections”. We have notice some flaws, we will work on it, to improve in the subsequent matches.