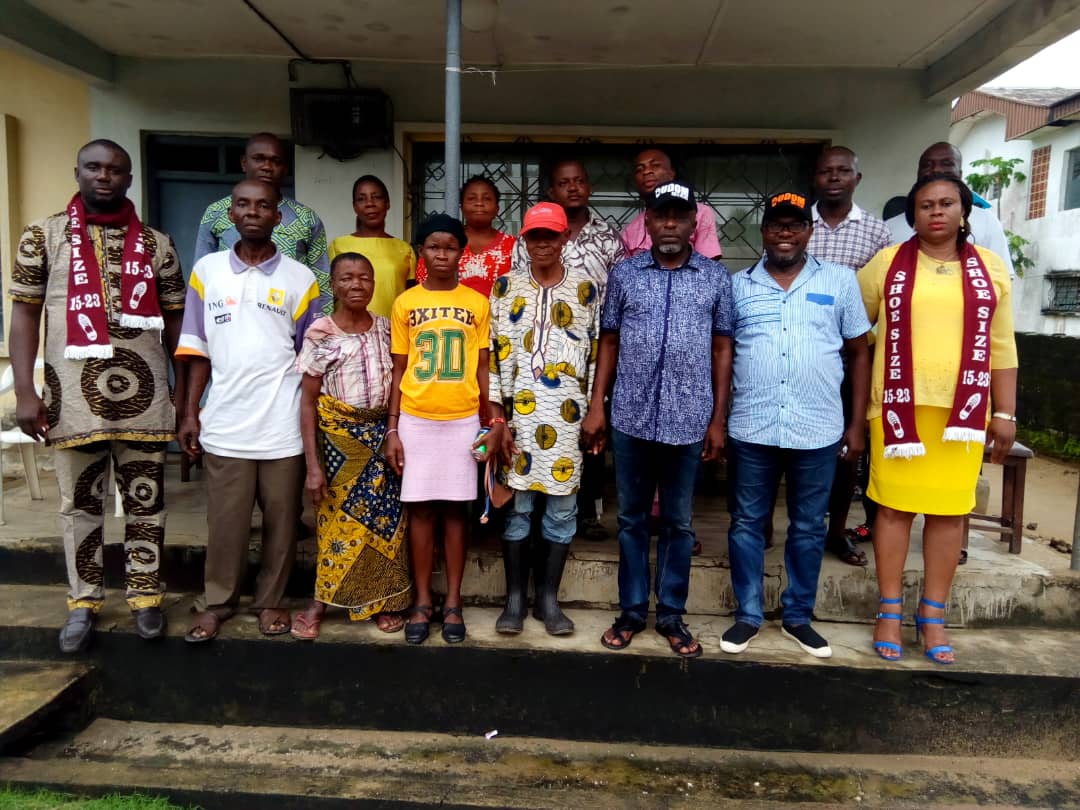 Hon. Aniekan Ekwere (Million dollar), an aide to the Governor on project monitoring visited his unit 007 in urban ward 1 in Etinan in continuation of his monthly unit briefing to report Government progress to his people. The event took place on Friday 31st August 2018. It saw one additional female youth added to the existing 3 persons .

In his opening remark, Hon. Ekwere thanked his unit members for standing by His Excellency despite the recent happenings in the state, and assured them of Governor Udom’s victory at the polls. He thanked God for the strength to sustain the programme till date and urged the beneficiaries to resist any attempt by some members of opposition going around collecting pvc for the aim of buying their votes. He told them to report any attempt to collect their pvc to the police and urged them to support the Governor Udom Emmanuel re-election bid come 2019.

He promised to continue supporting the unit within his capacity. The beneficiaries are Mr Sunday Daniel Umoidem ( male youth) Nsikak Ufot ( elder), madam Eme Sampson Ekwere ( woman), and Imaobong uwem Sunday ( female youth ) . Good will messages from Ukeme William Ekwere, Enotobong Enyie and Mandu ukpa all extolled the magnanimity of the Governor’s aide. Responding on behalf of the beneficiaries .