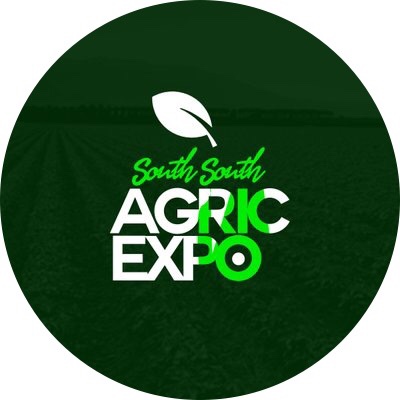 The maiden edition of the South-South Agriculture Expo has held in the Akwa Ibom State capital city, Uyo. The fair which was themed
Repositioning Agriculture for Sustainable Development opened on Monday November 12, 2018 and climaxed by Friday of the same week.

Coming at a time that Nigeria has intensified focus on Agriculture as
a key aspect of recent programmes to diversify the nation’s economy,
this project was organized and managed by a combination of the Akwa Ibom State Ministry of Agriculture Food Sufficiency and two private firms; Tafric Invest Nigeria Limited and Leadway Initiative for Rural Development. Other partners included NAIC, TATA, LIFRD, San Carlos, El-kanis & Partners, Ease-West Seed and others.

Prior to opening the fair, promotions had been conducted for weeks through all forms of media; Outdoor, TV, Radio, the Internet, Social Media and using direct contact with organized associations.
Consequently, for the entire 5 days of the event, the Ibom Hall
grounds where the event held was abuzz with exhibitors, farmers,
Equipment fabricators, food production enterprises, cooperatives, young business people seeking ideas and shoppers. They travelled in from as far as Kano, Lagos, Abuja and surrounding states.
Consistent with the objective behind the project’s focus, a special
summit was nestled midway through the fair. The attendance, which had the popular Ibom Hall auditorium filled, showed how much participants were eager to learn in the middle of a trade occasion.

Governor of Akwa Ibom State, Mr. Udom Emmanuel who was expected at the Summit, was represented by His Secretary to the State Government, the internationally respected Dr. Emmanuel Ekuwem. Ekuwem reiterated the administration of Udom Emmanuel’s commitment to food sufficiency, entrepreneurship and wealth creation as parts of the Governor’s policy thrust. Inspecting the stalls of exhibitors, the SSG showed amazement at the passion with which Nigerian Agribusiness entrepreneurs went about their commerce confirming that this was a typical ‘Dakkada’ spirit – referring to the Udom Emmanuel administration’s socio-economic reorientation ideology.

The keynote speaker Professor Mohammed Yahaya, in his lecture
acknowledged that the Agric sector is still in transition in Nigeria,
even as a major economic sector.
“Agriculture has been serious business for the government such that agricultural promotion policies have been made and even many had borrowed from banks and injected into the sector over the years” he averred.

Commending the Government of the day and their enthusiasm to support farmers and ease up the difficulties they face in farming, he added that; “In five years the Ministry of Agriculture and Rural Development has been quite active in trying to make sure the farmers get the input they need and the plant varieties, in this time frame”.

Exhibitors, many of whom are regular trade-fair participants,
expressed their excitement not only at the patronage they got from
buyers at the event, but also the ease with which the organizers made it possible for them to participate as well as the new ideas and information they were able to acquire which they would go back home with to improve their farming and business practices.