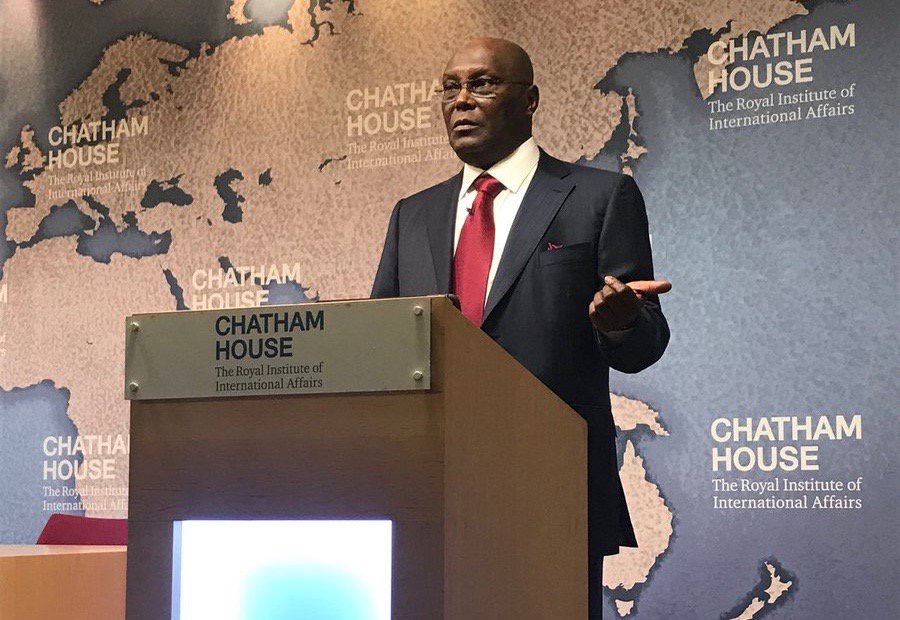 The United States Department of Justice has denied having any record that indicates that Nigeria’s former Vice President, Atiku Abubakar, has a pending lawsuit in the US.

In an email to our correspondent on Friday, a spokesperson for the US DOJ, Peter Carr said, “Thank you for reaching out to us. I have checked the public court records, and they do not show cases filed against a defendant named Atiku Abubakar.”

This was stated as a response to SUNDAY PUNCH’s request for information on whether Abubakar is wanted in the US in connection with any issue of money laundering.

The mail also asked the department to confirm whether Abubakar has been banned from entering the US and if there is any court case against him concerning the Halliburton scandal which resulted in the conviction of a US lawmaker, William Jefferson.

Asked if it is true that the ex-vice president (now a chieftain of the All Progressives Congress) was banned from entering the US, the American official said the issue was confidential.

He said, “Visa issues are confidential under section 222(f) of the Immigration and Nationality Act. If your question is specifically about entry – not about visas per se – I would refer you to the US Customs and Border Protection.”

Last week, Kaduna State Governor, Mallam Nasir el-Rufai, had implied that Abubakar was avoiding a visit to the US because he might be charged with a case of money laundering.

He reacted to Abubakar’s interview which he granted to the Economic and Financial Crimes Commission’s quarterly publication, Zero Tolerance, where he had accused the Kaduna governor of corruption by offering him Transcorp’s shares.