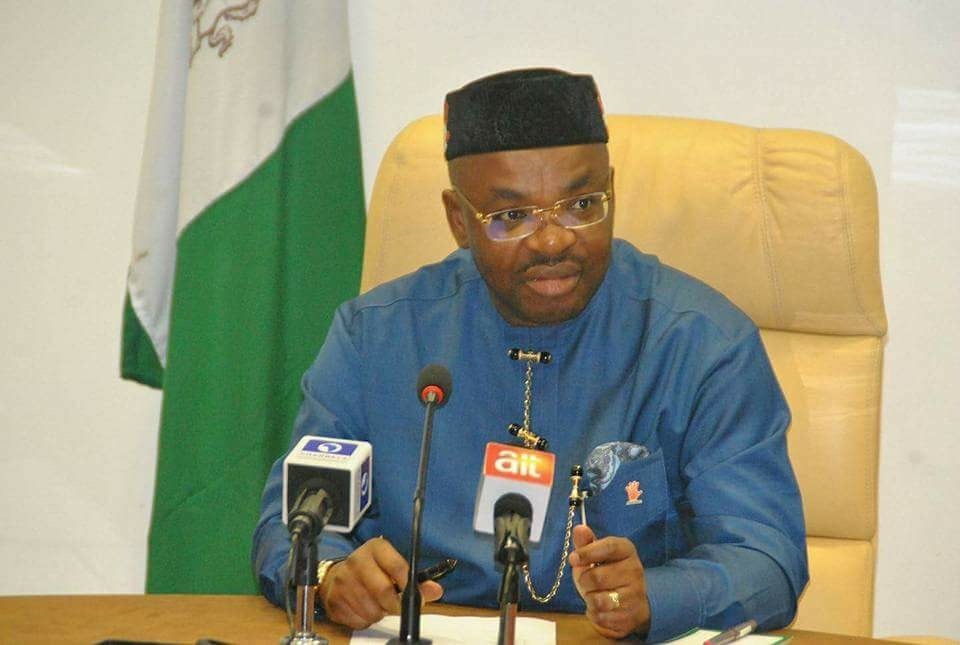 An age old Labour dispute involving four Chief Lecturers and two Princpal lecturers in Akwa Ibom State College of Education, Afaha Nsit has been resolved by the State Governor, Mr. Udom Emmanuel. The governor who expressed shock and disbelief on what the lectures must have gone through in 13 excruciating years without salaries directed that they should be reinstated, immediately.

It could be recalled that 4 Chief Lecturers- Mr. B. O. Essien, Mr. Fidelis Ekpo, Mr. Okon Inuenwi, Dr Mrs. Maria Eka and 2 Principal Lecturers – Mr. Akpabio Etokufot and Mr. Effiong Thompson were accused of allegedly being behind the students’ unrest in the College sometimes in 2005 and were demoted and sent to Secondary schools to teach. Having exhausted all the internal disputes resolution mechanisms available in the Public Service, the lecturers decided to approach the court to seek redress.

A partial reprieve came the way of the lecturers in March 2016 when the former commissioner for Education, Hon. Aniekan Akpan attempted to reinstate them but was unsuccessful due to what officials attributed to not ‘following due process’.

With the direct intervention of the His Excellency, the Governor, on compassionate grounds, the 13 years old suffering and humiliation of some of the best brains in the College have been put to rest.

The proclamation to reinstate the staff was greeted with wild jubilation by the leadership of the Joint Council of Unions operating in the College led by Comrade Ene Archibong who were in governor’s office to meet with the Governor to find solutions to the lingering labour unrest in the College.

Reacting to the Governor’s unparalleled sense of benevolence and compassion, the Head of the Civil Service, Mrs Ekerebong Akpan thank God for the gift of a compassionate leader in the mould of Governor Udom to Akwa Ibom State.

Also speaking, the Honorary Special Adviser to the Governor on Labour Matters, Comrade Unyime Usoro expressed joy that the matter which he in his capacity as the Chairman of the Nigeria Labour Congress for 8 of the 13 years had battled unsuccessfully to achieve, was resolved in minutes by the Governor Udom Emmanuel in his characteristically humane nature thereby restoring hope to 6 families and their dependents who for 13 years were deprived of their means of livelihood.

The leadership of the Unions who apparently were dazed by the benevolence of the Governor promised to organise thanksgiving to thank God for the Devine intervention through the carrier of the Devine Mandate, Mr. Udom Emmanuel and vowed to continue to support the Governor to complete the infrastructural development and other good works the Governor has started in the College.