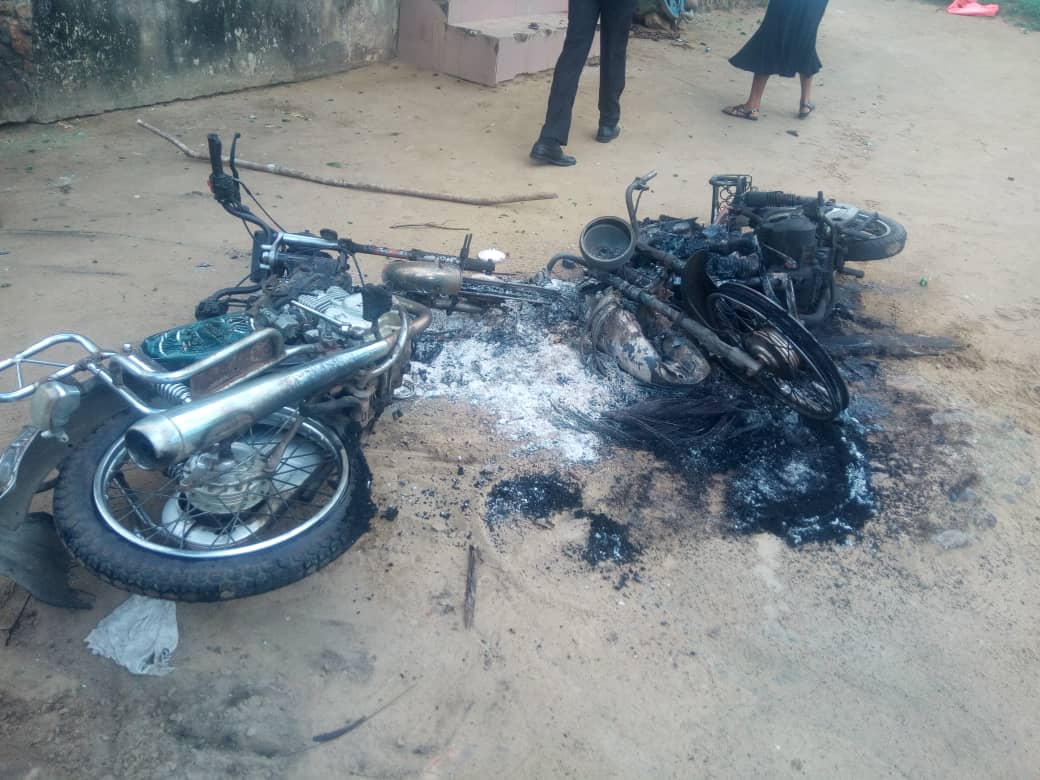 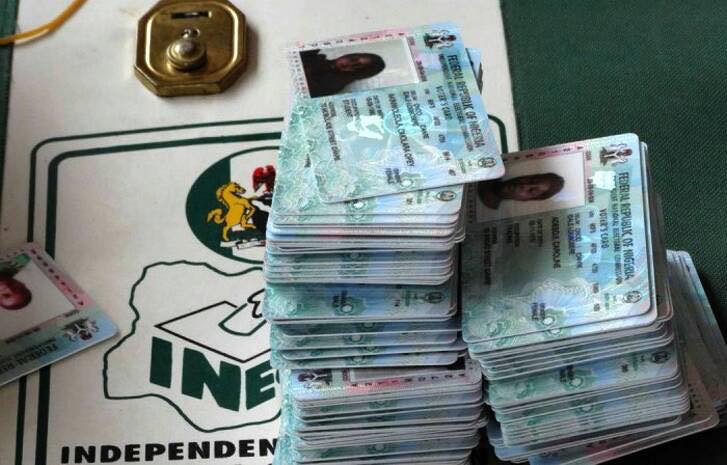 Some youths aggrieved over the widespread irregularities of the APC primary elections in Okobo Local Council Area of Akwa Ibom State have invaded the Independence National Electoral Commission, INEC, office in the area and allegedly carted away about 2,045 Permanent Voter Cards, PVCs.

In the aftermath of the flawed APC primaries process, they had also reportedly stormed the Divisional Police Station in the area, carting away some valuables and burning down some office buildings.

The National Commissioner in charge of Akwa Ibom, Cross River and Delta States, Dr. Mustapha Lecky, in an interaction with newsmen on Tuesday at the Commission’s Secretariat at Udo Udoma Avenue Uyo, the Akwa Ibom State capital,

Lecky explained that, “The PVCs were stolen in Okobo local government.

“I think it was a mob action which was a consequence of the primaries elections that were taking place at that time and I want to assure you that the police are looking into the matter.

“The (PVCs) were stolen from where we kept them for safety.”

He further explained that the theft of the PVCs by the suspected APC members was a futile effort on the part of the hoodlums since the names, pins and photographs of the legitimate owners were pasted on the cards and can never be transferable.

“Like I have said what they (hoodlums) have done is a nullity because we have a list of everybody; we have their names; we have their pin numbers and we have their pictures on the voters’ register. It is a matter of reproducing the PVCs and making them available.

The only thing is that it is an additional cost on the side of INEC.

“But still we have to go after those culprits who were responsible so that we can apprehend them and punish them according to the law,” he said.

He assured that the current leadership of INEC was doing everything to ensure that every vote counts during the elections.

He also condemned some politicians for kick-starting campaigns before November 18th, date originally fixed by the commission stressing “they have defied INEC’s regulations”.

The state Resident Electoral Commissioner, Mr. Mike, in his remarks assured that he would ensure that credible and transparent elections are conducted in Akwa Ibom state.

“Under the current leadership under my watch in this state and with our Commissioner of Police, we will maintain absolute, unqualified neutrality to provide a level playing ground to leave behind a legacy and electoral process where attitude are shaped” Igini assured.

It could be recalled that the rampaging APC youth who protested the poor conduct of the September APC primaries, had invaded the divisional police station at Okopedi, Okobo, where they vandalized some valuables and also burnt some office blocks in the station.