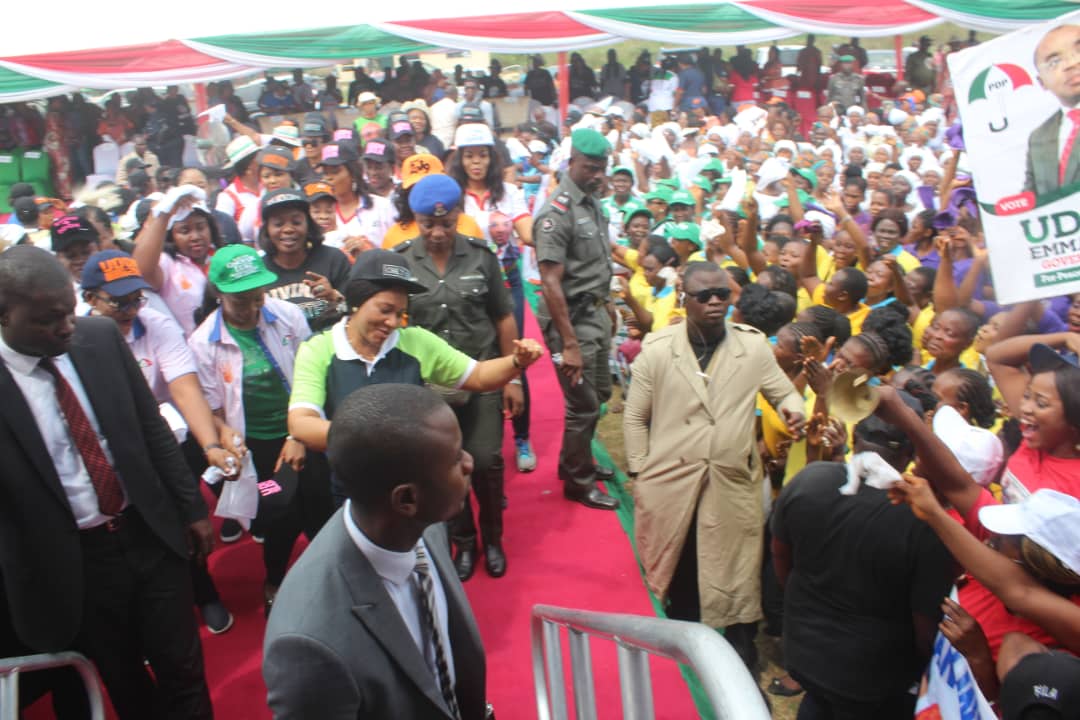 The wife of the Executive Chairman of Uyo Local Government Council, Deaconess Idaresit Imoh Okon has said that since the emergence of Mr. Udom Emmanuel as the Governor of Akwa Ibom State, there has been peace in Akwa Ibom State, stating that as mothers, it has been the greatest achievements of the Governor in the past three and half years.

Addressing the Governor’s wife and the entire women of Uyo Federal Constituency, the Chairman’s wife said Akwa Ibom women cannot forget in a hurry how people were killed and kidnapped in the past years and how they (women) used to live in fear over their lives, husband and children, stressing that the prevailing peace in the state brought about by Governor Udom Emmanuel is more important to the women.

While describing Governor Udom Emmanuel as a man of peace, Idaresit Okon added that apart from peace, the numerous industries, agricultural promotion, good roads, wealth creation, infrastructural consolidation, women and youth empowerment and particular inclusion of women in governance are the many reasons Uyo Federal Constituency women will vote Udom Emmanuel for a second term.

Further, she called on the women of Uyo Federal Constituency and the state in general to team up and vote for Governor Udom Emmanuel in order to enjoy lasting peace and development in the state and therefore assured the Governor’s wife of the unflinching support of Uyo Local Government women who she said are happy with what she (Deaconess Martha Udom Emmanuel) is doing to the women, widow, children, elderly and the less privileged through FEYReP.

Her Excellency listed more inclusion of women in governance, empowerment and skill acquisition as some of the programmes included in the Governor’s 2019 Manifesto for the women of Akwa Ibom State and also called on the women not to allow those she described as enemies of the state and selfish politicians to deceive them or lure them to their camp with peanuts but instead should redouble their support and mobilize massively for the re-election of her husband who she described as women friendly Governor.

The women who were selected randomly across different wards of Uyo Local Government collected the surprise empowerment packages during the January 2019 edition of the monthly prayer meeting tagged ‘Time alone with God’, organized by the office of the wife of the Chairman.

Presenting the package to the beneficiaries, the Chairman’s wife said her vision is to see that Uyo women are all empowered so as to be able to cater for themselves at all time.

According to her, the monthly prayer meeting will consistently be a time to pray for peace, unity and development in Uyo Local Government.

Not less than two hundred women and youths have so far been empowered by Deaconess Idaresit Imoh Okon since the beginning of the current administration of Uyo Local Government Council 13 months ago.