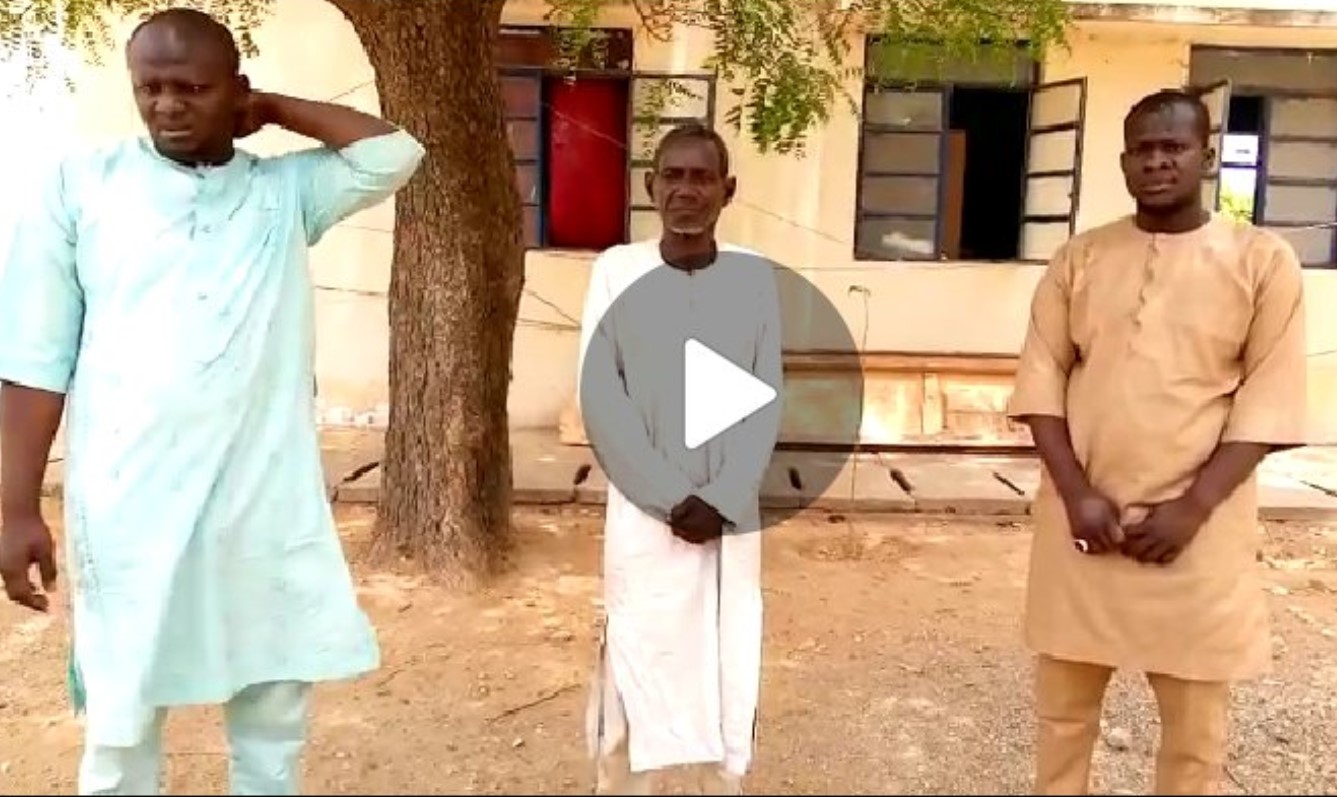 Those arrested are; a 70-year-old man, Lawal Abdullahi Izala; Bahajaje Abu, and Hamza Abubakar all of Gafai Quarters, in Katsina metropolis. The spokesman of the state police command, SP Gambo Isah, said the attention of the Katsina State police command was drawn to the viral video on social media, showing one Lawal Abdullahi, alias “IZALA” insulting President Buhari and Governor Masari.

“Consequently, the Commissioner of Police, Katsina State Command, CP Sanusi Buba, ordered for investigation which led to the arrest of the trio,” he said.

He added that in the course of the investigation, “the suspects confessed to the commission of the offenses. “To this end, the Command wishes to warn members of the general public that the Police will not fold its arms and watch while disgruntled elements violate the sacred laws of the land,” SP Isah added.

He said the act is contrary to the provisions of the Cyber Crime Act, warning that offenders will be made to face the wrath of the law.

HERE IS THE VIDEO THAT GOT THEM ARRESTED