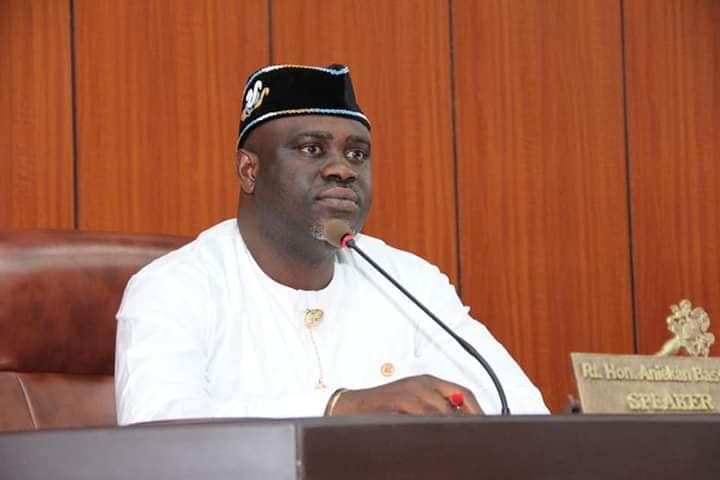 Once again our internet space has been practically overrun by another socio-political drama calling for the humanity in us and the laws amongst to rise to the rescue. An artisan who allegedly insulted Imoh Williams Esq., the executive chairman of Abak Local Government Area on social media for allegedly refusing to pay him about Seventy Five Thousand Naira (N75, 000. 00) being an amount owed him for his work was allegedly captured by a certain protocol aide of the chairman and others who took him to the council secretariat, interrogated him and flogged him with belt mercilessly demanding apology and repentance from him which he presumably conceded to for his life’ sake. Video of this beastial crudity meted on a fellow human being in fact a full grown man and father by fellow humans and possibly “boys, yet to be men” was released by the allerged perpetuators into the internet to the viewing awe of the public probably to earn them some accollades or revere.

Trust we the people of the internet, the whole world fell on the perpetuators and their benefactor. In fact, the falling was more on the latter being the ultimate beneficiary of the act than the former. Condemnation for such inhumanity has been highly commendable.

Commendably more, His Excellency, Governor Udom Emmanuel equally condemned the act and directed that the State House of Assembly investigate the issue and come up with a solution. And the lawmakers pronto swung into action by calling an emergency session whereof motions to investigate the said action were sufficiently moved and more.

Accordingly, the State House of Assembly has allegedy suspended the Local Government Chairman, Imoh Williams Esq., directing the Vice Chairman to act as the chairman albeit for the meantime. This act by the state legislature is very commendable pedestrianly viewing but very wrong legally speaking.

The 1999 constitution of the federal republic of Nigeria (As Amended) in all its 320 sections and 7 schedules does not in any way confer such powers on the State Legislature. The Local Government is the third tier of government established by Section 7 of the constitution thus: “The system of local government by democratically elected local government councils is under this Constitution guaranteed; and accordingly, the Government of every state shall subject to section 8 of this Constitution, ensure their existence under a LAW which provides for the ESTABLISHMENT, STRUCTURE, COMPOSITION, FINANCE and FUNCTIONS of such councils.”

Two things to consider from this provision of the constitution are
1. The phrase “Under a Law” and
2. The list of what laws the legislature can legislate over local government councils which are the ESTABLISHMENT, STRUCTURE, COMPOSITION, FINANCE and FUNCTIONS of such councils.
Something is missing in this list. It is what would have given the State House of Assembly the right and powers to suspend the Local Government Chairman and other officers of the council. The word in question is DISCIPLINE.

Allowing such powers or privileges will amount to a travesty of the tenets of democracy, particularly the principles of separation of powers and the rule of law.

This is just one aspect of the legislature’s goof. The other aspect is still constitutional which makes one begin to wonder what could be the problem between the Akwa Ibom State House of Assembly and the 1999 Constitution of the Federal Republic of Nigeria. Suspending the chairman over an allegation that has nothing to do with fiscal appropriation in the council is a breach of his fundamental right as guaranteed under chapter II of the Constitution. The legislature is by such act already punishing the chairman for an allegation that he may end up being totally innocent of. Such suspension would have been equitable where the chairman were to undergo investigation over official issues that his continual occupation of the office may hinder, like access to files and memos under his office. It is difficult to justify it on such an issue as the instant case. It is like suspending the President or Governor for an act by an overzealous aide of His Excellencies. In the instant case the Chairman has denied complicity which is supported by the doctrine of plausible deniability thanks to the fact that the man in question is not known for violence or ungentlemanly proclivities. The aide in question has owned up to the act stating categorically that he was not sent by his principal therefore vitiating whatever shread of vicarious liability that could have been imagined. And the matter we here had been handled by the police where the man received his payment and the assailant allegedly settled with his victim. These fact are ostensibly available at the police station for the House of Assembly to have confirmed, then also confirm from all the parties involved and then present their report which could be advising the chairman to compensate the victim on behalf of his wreckless and overzealous servant and/or demand the due prosecution of the assaillant. All these fall under advisement. They cannot be imposed on the chairman. Suck powers or privileges do not exist under law!

This is not in anyway to justify the inhuman treatment occassioned “from” the office of the chairman on the said citizen which itself is a gross violation of chapter II of the constitution being the right to dignity of human person under Section 34 of the Constitution. The said victim has a right to pursue the case both through criminal and civil litigation.

However, the only body that has the right to have suspended the chairman would have been the legislative council of the local government council. The local government has a legislature of counsellors whose powers the state legislature now attempts to usurp. The councilors do not require a fantastic or even basic academic qualifications or education to investigate the chairman on such an issue that bothers on common humanity, good conscience and natural justice. They could jolly well suspend him to investigate the matter and such suspension would be on grounds of alleged gross misconduct. Incidentally the Constitution only defines “Gross Misconduct” to suspend and eventually impeach the President and Governor under sections 143(11) and 188(11) respectively to mean:
“A grave violation or breach of the provisions of this Constitution or a misconduct of such nature as to amount to in the opinion of the National Assembly/ House of Assembly to gross misconduct”

It does not extend such powers and privileges to cover Local Government Councils as such will ultimately put the Local Government officials elected by people of their local government areas at the unruly mercies of some meddlesome interlopers from another local government areas. This will defy democracy. Let us learn to do the right thing the right way always so that wrong things will not be established on a very solid foundation. Justice must not only be done but must be seen to have been done on its three way traffic to the accuser, the accused and the people especially for the posterity of precedence.